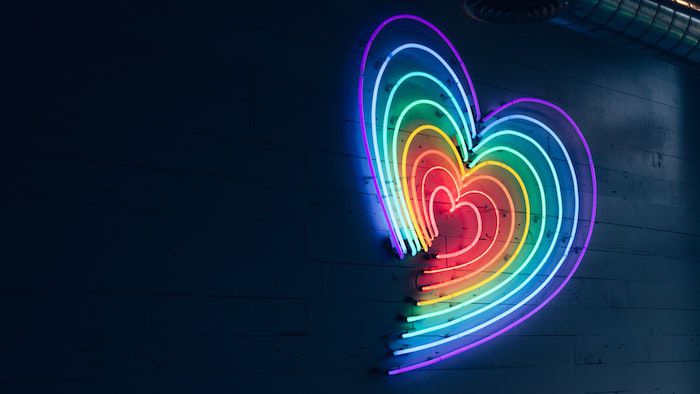 There’s a famous photograph of a Nazi book burning. A mound of books are spread in the street, some smoldering, some still aflame. Surrounding it are people raising the Nazi salute. It’s an eerie image.

I’m sure I was shown it in school. It’s an example of the censorship and the violent intolerance of Nazi Germany. It wasn’t until I was teaching myself, though, that I found out what books those are. This is outside the Institut für Sexualwissenschaft in Berlin. It began in 1919, and it collected all kinds of materials on sexology, including pro-LGBT documents, images, and books. It was one of the first of its kind and was an invaluable trove of information, which people used to lobby for LGBT rights. Berlin would become famous for its gay-friendly reputation. In 1933, the Nazi party raided the library and archive, pulling 20,000 books and journals out into the street and burning them, along with thousands of photographs and other materials.

It’s breathtaking to fathom how much was lost in that fire. How many decades of progress was reversed, both by the outright attempted genocide of the Nazi party and their erasure of history. How many of those books, journals, and images were irreplaceable? What really horrified me, though, is that I had never learned about this act of hatred—at least, not who this hatred was directed towards. I had been told books were burned, but not which books. I didn’t know they were part of queer history. Likely, talking about sexology in school would have been considered inappropriate when I was learning about this history. Which means that the coverage of censorship was censored. That as I looked at books being burned, the real history was being whitewashed at that very same moment.

The most exciting thing about learning queer history is discovering stories that have been hidden or obscured. So many queer stories have been buried, so many gender outlaws have been rewritten in historical accounts. Unearthing them is exciting. The worst thing about exploring queer history, though, is learning how much has been lost forever. The statues in Hindu temples that were destroyed so their homoeroticism wouldn’t be associated with Indian culture. Pre-Colombian pottery depicting sex between men. Entire Aztec and Mayan libraries by Spanish Jesuits, erasing any of their recorded queer history.

The first book of lesbian poetry was Quelques Portraits-Sonnets de Femmes [Some Portrait-Sonnets of Women] by Natalie Clifford Barney, published in 1900. They were all love poems to women. Her mother did the watercolour illustrations—but probably didn’t know just what she was illustrating. The first papers to review her poetry assumed that she was writing from a male persona, oblivious to what was in front of their faces. When newspapers did begin to comment on the scandal, Barney’s father bought up all the remaining copies and burned them.

The correspondence between Eleanor Roosevelt and Lorena Hickok that we have is already pretty scandalous, and definitely romantic. Unfortunately, we’re missing a whole lot of it. Hickok burned any of the more scandalous letters, likely to protect Eleanor’s reputation.

Miriam Van Waters was a prison reformer in the 1940s. With political opponents closing in, she decided to destroy anything that might be used against her. She wrote in her journal, “The Burning of Letters continues. One can have no personal life in this battle, so I have destroyed many letters of over 22 years.” The letters were between her and her partner/patron, Geraldine Thompson. They wrote almost daily. (Read more about her in The Burning of Letters Continues: Elusive Identities and the Historical Construction of Sexuality by Estelle B. Freedman.)

Queer writers often left instructions for their personal letters and journals to be destroyed after their death. Winifred Ashton, using the pen name Clemence Dane, wrote The Regiment of Women in 1917. It’s a depressing lesbian book, but is dedicated to E.A., who is most likely Elsie Arnold, a woman she knew for 40 years and lived with for some time.  She was known for her malapropisms, calling herself “randy” when meaning “full of life and creative energy.” A playwright as well as an author, Radclyffe Hall requested she adapt The Well of Loneliness. She was also friends with Vita Sackville-West. Unfortunately, there is very little we know about her: in her will, she appointed literary executors to destroy all personal information about her after her death. None of her personal papers survive.

The destruction of Sappho’s work has become a legend in itself: Gregory Nazianzen Bishop of Constantinople destroyed most of it in the 4th century. Pope Gregory VII destroyed what survived. The Library of Alexandria, which contained her nine volumes of poetry, was burned by Caesar. Or by Christians in the 5th century. Or Caliph Omar. Sappho’s books were burned not for homosexuality, but for being too sexual. Or they were targeted for being gay. Or they were never targeted at all, but didn’t get copied over because they were written in an obscure dialect. Or they’re actually much more preserved than most poets were from that time period. They were burned maliciously, or accidentally, or they simply were neglected. In any case, they were lost. What remains is pieced together from Egyptian mummies’ wrapping and quotations in other works.

Queer history has been forcibly erased—destroyed, defaced, burned. When it wasn’t burned, it was buried, hidden from sight. It’s been rewritten and censored, like T.S. Eliot’s poetry, which Ezra Pound edited to have less gay subtext. Authors hid and disguised their own work, even having their personal information burned after their death. It’s a history of erasure, of having to read between the lines and look for what’s missing. (If you’re looking for more on this topic, definitely check out The Suppression of Lesbian and Gay History by Rictor Norton.) I’m grateful for what had survived—for the artists, authors, and everyday people who risked their own well-being to represent their authentic selves any way they can. For the queer historians digging out queer history from the archives, like Anne Lister’s diaries. I mourn what we lost, celebrate what we have, and look forward to what we will carve out in the future.