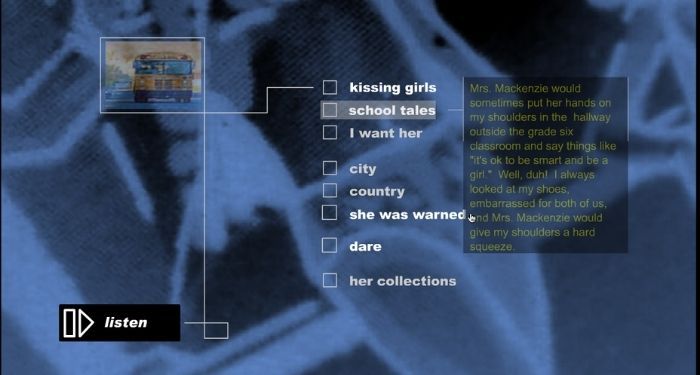 Coined by Theodore Nelson, a pioneer in the computer industry in the 1960s, the term hypertext describes “non-sequential writing — text that branches and allows choices to the reader, best read at an interactive screen.”

Hypertext literature, then, follows the same definition. It’s literature that is non-sequential with branching storylines or pages. The reader drives the story by different clicking hyperlinks.

“When the story no longer progresses, or when it cycles, or when you tire of the paths, the experience of reading it ends,” Michael Joyce wrote in the introduction to the first hypertext piece of literature, “afternoon, a story.”

This is hypertext literature. Like a digital version of a pick-your-own adventure, writers of hypertext literature compile various segments of narrative, images, and other digital-based pages. Readers then navigate through these at their own pace and leisure. There is no beginning, middle, or end. No start or finish. The reader reads until they do not want to anymore and then they move on with their day. Some readers may spend hours navigating the pathways of a hypertext story. Some may spend only five minutes.

Hypertext literature isn’t simply a story written online. You can’t print these pieces out or write them in a notebook. By doing that, they would cease to function. To exist. In the digital world is where they survive.

Another example of hypertext literature is “I Have Said Nothing” by J. Yellowlees Douglas from 1994. The piece explores the death of someone the narrator calls Sherry and the notion of what death is in and of itself. It asks, “Shall we begin?” and “but does it stop?”

“my body — a Wunderkammer” by Shelley Jackson from 1997 includes sounds as the reader clicks various parts of a woman’s body to reveal memories the narrator has with those body parts. The shoulder section talks of swimmer’s arms and Frankenstein. Her eyebrows feature stories of makeup and 7th grade.

“These Waves of Girls” by Caitlin Fisher, which won the Electronic Literature Organization award in 2001, navigates the narrator’s queer identity at ages 4, 10, and 20 years. Images and words or phrases link the three time periods together as audio plays through some of the pages.

Kendall’s “Penetration” is an example of hypertext poetry, another facet of hypertext literature. In it, readers select phrases like “deciding” or “daylight” from portions of the poem to reveal more.

The Downfall of the Genre

Popular in the late 1980s and through the 1990 and early 2000s, hypertext literature was said to be a threat to the typical, linear way of storytelling at its height. But, as it turns out, writing stories that aren’t linear is hard and the genre posed issues that were hard to get past. Due to the nonlinear nature, the introduction of storylines or characters had to be done on each page, leading to repetition for readers as they clicked through.

While the genre did, in fact, predict the hyperlink-heavy time of today, the hyperlink literature didn’t last as long as they expected. Storytelling is still, majorly, linear.

Did you like learning about hypertext literature? Try reading more about digital literature or maybe the genre of cyberpunk!