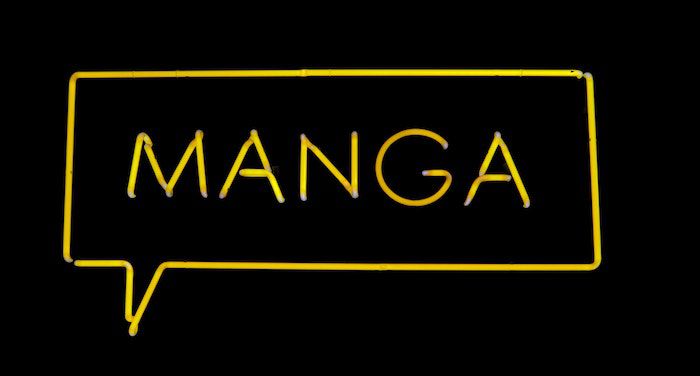 When I began working in libraries with teens, I found myself tossed into a world I knew nothing about: manga. I hadn’t read any personally, and though I’d read comics, manga was a whole new world. It can be an intimidating format to get to know, in part because there are so many words and types of manga to understand. But for newbies, once you have a grasp on manga terms, you become much more adept at picking up those books and blowing through stacks of them at a time.

Find below a glossary of manga terms to help you find your way. This is a judgment free space for newcomers to manga, so feel no fear in returning here again and again as you wade deeper into the format.

Do note that some of the terms operate from a gender binary system and are defined within that context. Of course, all manga is for any reader, regardless of their gender identity.

Anime: Short for animation and more specifically, Japanese animation. Many anime are based on manga and vice versa.

Isekai: Stories where the main character is transported from their familiar world to a fantasy world. An example of Isekai in English storytelling would be Alice in Wonderland or The Wizard of Oz.

Kodomo: Anime and manga for children.

Light Novel: A style of Japanese novel for young and adolescent readers, often including manga-style illustrations throughout. They are shorter than a novel, equivalent somewhat to a novella in the English world. This is an English term, rather than one with Japanese origin, though Japanese readers may refer to light novels as raito noberu.

Lolita: A style of dress for female characters in manga that makes them appear doll-like.

Manga: The book form of anime (i.e. the comic itself). It is a Japanese style of comics for both young and adult readers. A person who writes and illustrates manga is referred to as a mangaka, regardless of genre. Manga is usually read from back to front, left to right, and it comes in every imaginable genre and mood. You can read romance manga, horror manga, action-adventure manga, or dark manga or manga that combines all at once.

Mecha: Stories that feature robots in battle. Mecha is the Japanese term for robot.

Otaku: A geek or a nerd. This word had a pretty negative connotation in Japan for decades, but has shifted to being more positive since the 1990s.

Scanlation: The scanning and translating of comics from one language to another.

Shojo-ai: Manga or anime focused on romance between women. This tends to be less explicit than yuri.

Shonen-ai: Manga or anime featuring male-male relationships. This tends to be less explicit than yaoi.

Yaoi: A story with a focus on male-male relationships. Sometimes this is referred to as “Boys’ Love,” though Boys’ Love titles are often less explicit. Yaoi is often created by women for women, though not exclusively. An offshoot of male-male manga geared toward gay male readers may be referred to as bara.

Yuri: A story with a focus on female-female relationships. This is sometimes referred to as “Girls’ Love.”

Of course, now that you have a basic grasp, it’s time to do more reading and learning. The New York Public Library developed an incredible resource library, including guides to LGBTQ+ manga and Isekai.

Seeking more beginners essential manga terminology? We’ve got you! Some of the above are included, while even more are offered to help you deepen your understanding of these extremely popular books.