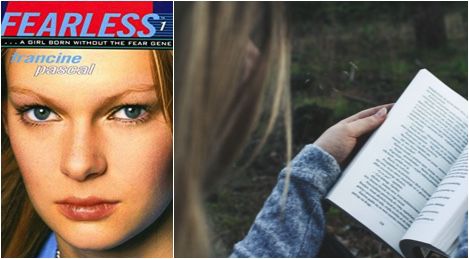 Alex Luppens-Dale attended Sarah Lawrence College and holds an MFA in Crative Nonfiction from The New School. She won the “Enthusiastic Reader Award” all four years of high school. She lives in New Jersey with her husband and cat. She can be found on Twitter @firstofautumn. 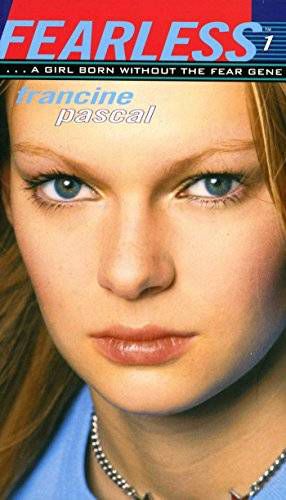 Until sometime during my sophomore year of high school, my AIM screen name was Fearless429. Eventually it became too embarrassing to explain to people (that was always the cycle with screen names, wasn’t it? You felt really cool until you had to tell someone what it meant). Gaia Moore, of the early-2000s Fearless series, was my hero when I was thirteen. While people like to reminisce about the various Sweet Valley series, I don’t feel like Gaia gets the love she deserves. I didn’t want to live in Sweet Valley, but I definitely wanted to be Gaia when I grew up or got to high school, whichever came first—and I firmly believed that would happen, even though I am about as far from fearless as it is possible to be.

The Fearless series was written by Francine Pascal and several ghostwriters between 1999 and 2004. There were a total of 36 novels in the main series, two super editions, and a four-book spin-off series about Gaia as an adult. There was also a pilot for a TV show that never aired, which I would have killed to see back in 2003 but of which, in 2018, I managed to endure about ten minutes.

Gaia is basically a superhero who knows multiple forms of martial arts and is not afraid to take down men who prey on other young women. She’s able to do these things because was born without the “fear gene” and her lack of fear means that she thinks faster than she would if she knew what it was to panic. I was a pretty anxious kid and as an adult I was diagnosed with an anxiety disorder. Not feeling fear sounded (still sounds!) so good.

Looking at Gaia as an adult, it’s slightly obnoxious that she has a genius-level IQ, a perfect visual memory, incredible martial arts skills, and is beautiful but does her best to downplay it. She is also very sarcastic and hilarious in her disdain for just about everyone around her. When I was younger she seemed more accessible to me than most other heroines simply because there were people who didn’t like her. She neither needed nor necessarily wanted anyone to like her, which was novel for me, the consummate people-pleaser.

It helped me a lot that, even accounting for Gaia’s superior senses, she was successful most of the time because she was prepared. She had been trained by her father, a CIA agent, to do the things she did. All things were possible if you were prepared enough. It also helped to be fearless or to ignore the fear, the anxiety, the panic, as best you could if you, like most people, possessed that mythical “fear gene.”

Though I remember things getting off the rails in the later books (only so many criminal organizations can be after one teenage girl before credulity is stretched to the breaking point), the early books had an internal logic and there were stakes. Gaia did not seem unbreakable. Things that happened in one book carried over to the other books—something that I don’t feel like happened in that many serialized novels back then. I recently revisited the first book and it held up better than I thought it would—there are only a couple of mentions of Dawson’s Creek, answering machines, and the popular kids wearing Banana Republic and Gap. I have little desire to read further in the series, but the jokes were still funny.

Gaia was the product of a team of ghostwriters, but she meant so much to me as an anxious middle schooler. I read most of the books around the time my parents split up, so it was nice to retreat into a tough girl who was basically raising herself. If Gaia could do that, I’d be all right. And I was.