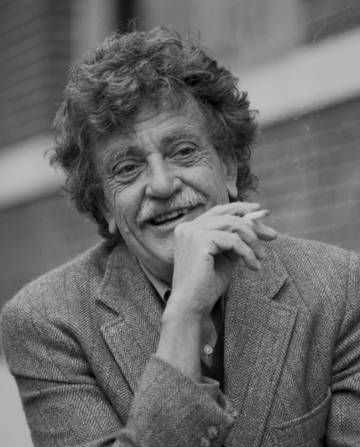 This is a guest post by Johann Thorsson. Johann is a writer of fiction with a supernatural slant, mainly short stories and mainly in English. He blogs about books and writing at jthorsson.com. Follow him on Twitter:@johannthors

One of my favorite musicians is DJ Shadow. Endtroducing, his album from way back in 1996, is very good. But I didn’t really like the next album of his. Or the one after that. I then read an interview where he said (and I paraphrase), “People have to decide whether they are fans of the musician, or just fans of Endtroducing.” And then it hit me; I wasn’t really a DJ Shadow fan, I was just a fan of one of his albums.

And later, I realized I’m the same way with a few authors. 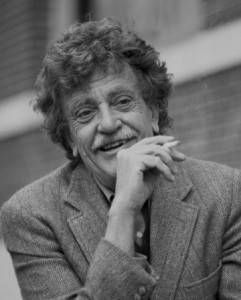 Slaughterhouse-Five is one of my all-time favorite books, up there with 1984 and Flowers for Algernon. It starts off strange and then gets odd and later veers off into quirkiness, and I loved every last sentence of it. The fact that the true parts of it were just as silly as the made-up parts (the ones about aliens and time-travel) made it all the funnier and more heartbreaking. There is a passage in it where the planes fly backwards, sucking up bombs from the damaged buildings below that make them whole and then taking the bombs to be dismantled and buried safely away that gives me goosebumps every time I think about it. It is a genius work of fiction.

Then I bought Galapagos and quit halfway through. Odd, I thought, that the same guy wrote this book. Next was Happy Birthday Wanda June. I didn’t like it. Finally, I gave Jailbird a try. It was okay, I guess. But none of the books came close to Slaughterhouse-Five which, upon reading again, I found I liked even more. 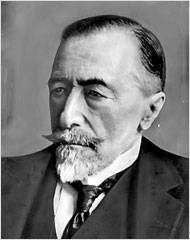 Every time I hear someone mention Heart of Darkness, I hear drums and feel hot and humid and want to read it again, preferably on an old boat in the middle of the Thames. I read the novella, Conrad’s best-known work, and expected it to be about men building a railroad who were attacked by lions (I was thinking of a movie: The Ghost and the Darkness). This did not deter from the affection I felt for the book, although I did miss the lions. Heart of Darkness is a dark and damning work about the colonial fumblings of Europe in Africa and is rightly hailed as a masterpiece of literature.

I then read Lord Jim, which is essentially a very long conversation, and while I deeply appreciate Conrad’s writing ability, the book is sort of boring. And so is Nostromo. His short stories are good, but in reality I’m just a fan of Heart of Darkness. 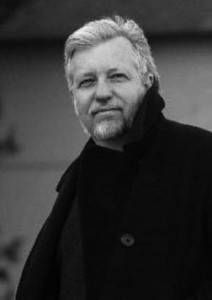 Mr. Simmons almost doesn’t make the cut, since I really like two of his books. The first book of his I read was The Terror, a “historical supernatural thriller” about the voyage of two ships, Terror and Erebus, that set out to sail the Northwest Passage in 1845. The ships get stuck in the ice, and the crew have to survive in the freezing arctic while a monster roams the ice and takes them one by one in the darkness. It really is an excellent book, and so is the next book of his I read. Drood is another “historical supernatural thriller,” about the last years of Charles Dickens’ life, as told my Wilkie Collins. Wilkie is a drug addict and is deeply envious of Dickens, who goes a little dark and mad in the book.

I thought I had just met my new favorite author, and in a mad frenzy I bought both Carrion Comfort and Song of Kali. Unfortunately, I liked neither. So I bought Hyperion, a sci-fi novel of Mr. Simmons’ that won both the Hugo and the Locus awards, sure signs of a good book.

Alas, it was not to be, Hyperion is slow and strange and never really gets to the point. It is also the book that taught me the valuable lesson that reading long books on the Kindle feels like it is going to take forever.

So, as far as Mr. Simmons is concerned, it is only the two books I am a fan of, and not the author (who has gone a little… odd, recently, right-wing conspiracy wise, if his forum posts and most recent book, Flashback, are anything to go by).

So. In what cases are you a fan of the book, but not the author?