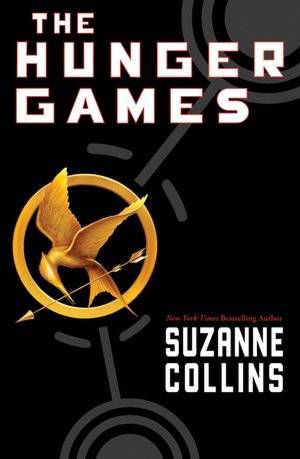 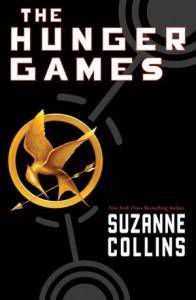 If you’ve been avoiding The Hunger Games novels — because they’re YA, because the protagonist is a teenage girl, because your girlfriend keeps telling you to read them (and you don’t wanna!) — I’m here to help you get over your hesitancy. I read the first book of the trilogy this weekend, and you know what? It is pretty freakin’ good. Here’s what you need to know.

(Two notes: Just to be very clear, these comments are only about the first book. I have no idea what happens in the next two. Also, I haven’t seen the movie yet — so, again, this is based strictly on the book.)

It reinforces everything you thought about teenage girls in high school — There’s no denying Katniss is a badass. And she’s smart, kind, and confident (most of the time). I loved her. But she’s also vulnerable, stubborn, and moody. And worst of all, she’s TOTALLY OBLIVIOUS when it comes to affairs of the heart. She’s every girl you had a crush on in high school…who just wanted to be friends. So reading this book provides a good retrospective look behind the curtain. And what you find confirms what you probably already knew: Girls are silly, even when they’re awesome. (Side note: Katniss delivers my favorite line in the whole novel: “Stupid people are dangerous.” Indeed.)

Supposed profundities are unintentionally hilarious — You’re reading a YA novel with a teenage girl protagonist, so your penchant for sarcasm may be at elevated levels. But that’s a good thing, because there are tons of aren’t-supposed-to-be-funny laugh-out-loud sentences. Two examples: “It’s strange to be physically close to someone who’s so distant” and “It must be hell to mentor two kids and then watch them die.” That last one just struck me really funny. I’m not sure why. Maybe ’cause I’m evil. (Side note: I also read the first Harry Potter novel awhile ago. I didn’t enjoy that as much as this, mostly because Rowling’s poor writing got in the way. Suzanne Collins, at least on a first-book-to-first-book comparison, is head-and-shoulders better.)

Haymitch is ‘da man — Brief introduction to Haymitch: He won the Hunger Games 30 years ago, and now must advise Katniss and Peeta (the other contestant from Katniss’ home district). The problem is that he’s a falling-down, misanthropic drunk. And he’s awesome. As Peeta says at one point, “I don’t think people in general are his sort of thing.” But, as you might expect, Haymitch has a few tricks up his sleeve. So if you can’t get on the Katniss bandwagon, this fella’s an admirable backup.

It’s actually pretty entertaining — It’s a fast-paced, not-real-deep read. And there’s lots of blood and fighting and stuff. The actual Hunger Games is a fight-to-the-death-Survivor-crossed-with-Lord-of-the-Flies-type affair, which I think most dudes can get behind. But it’s skillfully plotted, too — the one big twist that seems like deux ex machina at the time takes on a much more significant meaning later.

Empathy is important — This isn’t just a reason why dudes should read The Hunger Games, it’s why EVERYONE should read The Hunger Games — and it was one of my favorite things about the novel. In Collins’ dystopia, information about other “types” of people (that is, people from the other 11 districts) is closely guarded, and it’s only when these kids are thrown together in the arena, that they begin to learn what life must be like for others whose situations are different. The message: Be cool. Live and let live (if you can). Empathy is what can really help the odds be ever in your favor.

Now, if you’ll excuse me, I’m off to stand in line to buy a movie ticket.