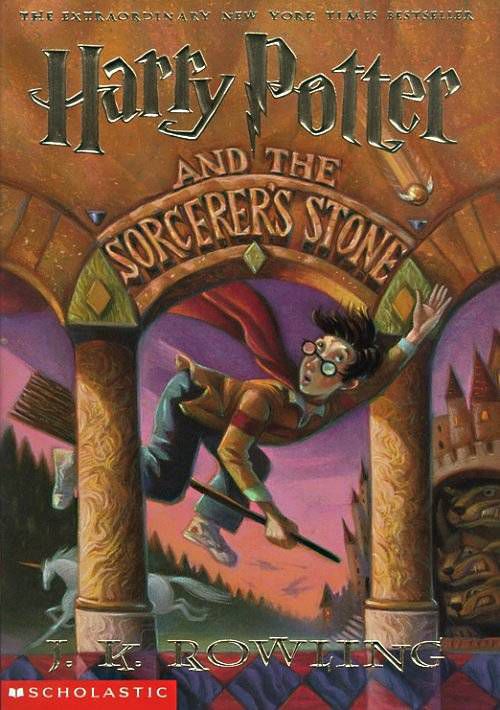 In an interview with the BBC last week JK Rowling revealed she toys with the idea of doing a director’s cut of the Harry Potter books. She said an extra year to finesse some of them would not have gone amiss. Let me be among the first to warn her off. The last thing the world needs is a literary George Lucas.

For those uninitiated with the tinkering ways of Lucas, James Cameron, and Ridley Scott, a director’s cut is when an auteur, usually of the cinematic variety, revisits a previous work and re-edits it. Scenes are added and deleted. A laquer of whatever special effect is in vogue at that moment is generously applied. Meanings change. Emphasis shifts.

Sometimes this tinkering is justified. The classic example is Scott’s Blade Runner. When it hit the cinema in 1982, it was a truncated ball of frustration. Studio execs, the Dementors of the movie world, demanded a happy ending and voice-over. Oh, and the removal of the unicorn scene, which is kinda the crux of the whole film. Scott’s edit, 10 years later, swatted away the former and reinstated the latter. And Deckard is definitely a Replicant, by the way.

But Scott was justified in his re-edit. He was peeling back the hackery and poorly fitted add-ons to reveal his original vision underneath. The George Lucas school of directors’ cuts comes from a different place.

This is a place of over-caffinated, fidgety billionaires who DON’T KNOW HOW TO LEAVE A GOOD STORY ALONE! With Star Wars, cloth-eared Lucas only listened to the first half of Leonardo Da Vinci’s apocryphal adage that art is never finished, only abandoned. He has spent decades bothering Star Wars, and with it, eroding any sense that he was once a confident, decisive director.

To be honest, I don’t think Rowling will re-edit Harry Potter. Her comments seemed off the cuff, rather than deep-rooted. Although, looking at how the novels ballooned over the series, I can sympathise with Rowling’s desire to go back and prune. But more importantly, unlike Lucas, she is sure of her vision. Hogwarts will not be updated to include references to smart boards and cyber bullying.

Plus, as Rowling no doubt knows, previous attempts to return to and rewrite popular novels have at best been awkward, at worst dishonest. It is a pursuit of the damned.

Take for example the work of children’s author Enid Blyton. In the 1990s, in an attempt to make some of her work more culturally sensitive, authors removed all mentions of the N-word and swapped golliwogs for elves. A noble endeavour, but very uncomfortable.

Books are written in and are a record of a certain time and place. We read books to visit these fixed points. So, to change passages years later is to warp history. In Blyton’s case, it gives the impression that her time was free from racist language and stereotypes. It is a deeply unhelpful edit. How can we strive to reach ever higher if we don’t know how low we started?

The Harry Potter books are indelibly linked with the fin de siècle and the new millennium. They are a perfect fit for the time, a literary marker for the ages. Let’s follow Da Vinci’s advice and happily abandon them there.