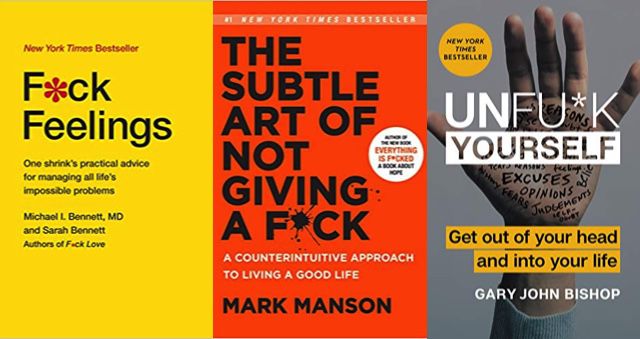 Critical Linking is a daily roundup of the most interesting bookish links from around the web, sponsored by All That’s Dead by Stuart MacBride.

“Starting in 2015 with F*ck Feelings, every one of these oh-so-transgressive titles has exploded into a veritable f*cking franchise. The Subtle Art of Not Giving a F*ck, still the bestselling champ of the sweary self-help shelf, spawned a sequel called Everything is F*cked. The author of Unfu*k Yourself now tells us to Stop Doing That Sh*t. A few decades ago, the title of Jen Sincero’s You Are a Badass series might have prompted boycotts; now it makes her look like a girl scout by comparison.”

These f*cking books, I tell ya.

“Despite the sweltering heat beating down on New York City, this week officially marks the start of fall! The leaves are turning citrus-shaded hues, Halloween merchandise is taking over the aisles of every big box store, and overly-eager city dwellers are decked out in their cashmere sweaters and knit scarves. To celebrate this cozy season, we’re challenging you to put your autumn wardrobes to work. Dress up to match the cover of a book, and you could win a Writing Well Is The Best Revenge tote bag!”

“In a general sense, ableist language is language that assumes the nondisabled body by default and/or actively discriminates against disabled bodies, including physical disabilities, mental illnesses, or chronic illnesses. There are certainly more specific terms used in disability-focused circles (saneism, for example, specifically describes oppression against folks with mental illnesses), but ableism is a general, go-to term to flag actions or language that’s discriminatory toward disabled folks. Once you start looking for it, ableist language is everywhere, to the point where it’s difficult to escape.”

On writing disability and not being an ableist jerk.