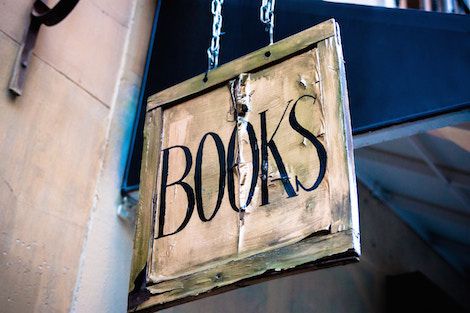 For book lovers, bookmobiles are oddly romantic. They seem like dream-machines, very real automobiles rolling through our lives in an almost impossible fashion.

The first American bookmobile was actually a wagon. Mary Titcomb, a Maryland librarian, recgonized that having books was only one part of the library’s job: the other part was making the books accessible. The Washington County Library Wagon took books around the county, making scheduled stops in addition to impromptu dispersals.

This first “bookmobile” served until 1910, when it was hit by a train (no one was injured, though the fate of the books it was carrying is unknown).

The idea of bringing books to patrons caught on in the U.S.,  spurred by a widely distributed population and the desire for civic improvement. The Everett County Public Library has what is believed to be the oldest operating bookmobile, manufactured in 1924, and since fully restored.

An influx in public funds from the WPA during the Great Depression, especially in the South, led to a surge in library initiatives, bookmobiles included. This bookmobile from Chester County, South Carolina is a good example.

Post-war prosperity, a booming automobile industry, and increasing suburbanization continued the expansion of bookmobile service. The below picture of a Brooklyn library bookmobile doesn’t really capture all of the trends of the time, but look at the kids!

As libraries have become the community’s digital gathering place, bookmobiles have also been transformed into movable internet hubs. El Paso County’s bookmobile was one of the early examples of this shift, with onboard workstations and satellite internet service.

I’m not sure if Memphis’ bookmobile is the most advanced bookmobile in the country, but it sure is impressive. It brings the full array of modern library services out on the road: digital collections, seminars, career education, and more. I think I want to live in it.