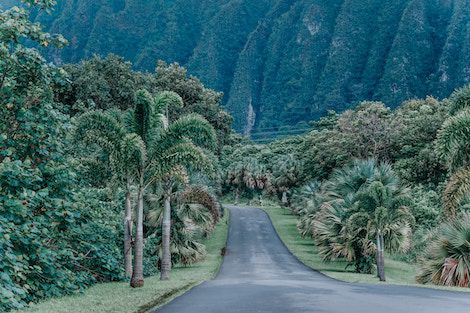 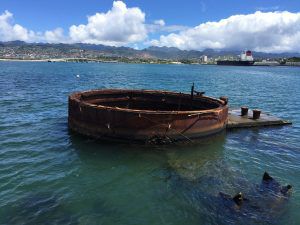 Hawai’i has been having a hard time lately, between the ongoing eruption of Kilauea and the floods and landslides caused by Hurricane Lane. Last year I spent an amazing fortnight travelling between Oahu and Hawaii (the Big Island) with my boyfriend, meeting some incredibly kind people and experiencing the very best of Hawai’i, both on the beaten track and off.

We started our journey on the island of Oahu, flying from London through Vancouver to Honolulu, which was oh-my-god so long of a journey. On our first day, we went to Pearl Harbour and spent an afternoon in the blistering heat visiting the USS Arizona Memorial and the Valor in the Pacific National Monument. Needless to say, there’s a neat bookshop here chock full of World War II history with a particular focus on the Pacific side of the war. On top of that, we stayed wandering and came upon the Pacific Aviation Museum, which has a really specialised shop showing the immense aviation history that stemmed from this small part of the world.

We hung around Waikiki Beach, swam in the Pacific and ate an immense amount of food on Oahu, but along the way, we stopped at Nā Mea Hawaiʻi, a native store that’s part bookshop, but also offers workshops and classes, fabrics, wooden bowls, Hawaiian quilts and fishhook jewellery. This place really shows the depth of cultural history in Hawai’i and it was a total joy to browse around. In fact, it was so much of a joy that I completely forgot to take a photograph!

We hired a car and drove the length and breadth of Oahu, climbing the Koko Head Crater Trail, eating malasadas and shave-ice and getting sunburned clambering up the Diamond Head State Monument. Every single attraction in Hawaii is presented with reams of reading material and rich history, so you really get to learn everything about it. Even when we visited the picturesque Hanauma Bay, video learning was necessary so visitors wouldn’t disrupt the tender coral in the bay. 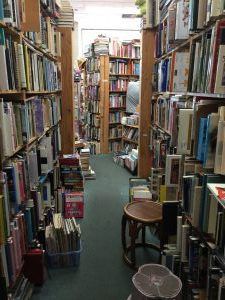 On our drive along the Windward Coast, we accidentally ran across a Hawai’ian gem in Bookends, at the Kailuea shopping center- an independent bookstore with a mix of new and used books. It smells deliciously bookish and wandering the stacks is a complete delight. The staff are lovely beyond measure (and I may have held up our trip by a half hour.)

We drove through Turtle Bay, stopping for a sunbathe, and gazed, terrified, at the crashing surf of the North Shore. It’s impossible to be in Hawaii and not feel entirely consumed by the inspirational landscape. We flew to the Big Island and lodged ourselves in a small trailer in someone’s back yard (yes, really), then headed out to see Volcanoes National Park. Yet again, the leaflets, guidebooks and bookshops here are incredible and the entire experience is so surreal. Watching a softly smoking crater in the dusk with the lava glow burning in the crater is a once in a lifetime experience. We drove the length of the (super bleak) volcanic coast and walked the distance to the shore, watching the lava drip into the sea. It was a beautiful, clear night- but on the walk back, the heavens opened and the horizontal rain came down in torrents. I’ve never been so wet in my life- but I’ve also never felt so much in my little heart in just one evening. 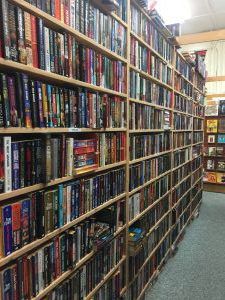 Much of our time on the Big Island was spent around Hilo, where we found Big Island BookBuyers, a veritable treasure trove of stacks, with every single book you could think of (and none of them bad). There are lots of spiral bound cookbooks, tons of Hawaiian specific history and culture to choose from. We got lost in the shelves for a bit before we headed to the Pacific Tsunami Museum, where I learned more about tsunami than I could ever have known from just reading. You get the feeling that Hawaii aspires to know the intricacies of its land and peoples down to the very last iota of knowledge- the museum is a testament to the courage of Hawaiians in accepting the overwhelming power of the ocean. 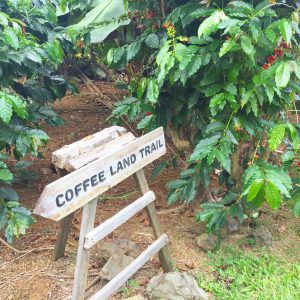 On the west side of Hawaii is Kona, a town perhaps most famous for its rare coffee. Yet again, the history was built into the very frame of the town and its surrounds. We stopped at the Smithsonian supported Kona Coffee Living History Farm, where the staff took us through the intricate hardship faced by the Japanese migrants who worked the farm, picked and dried each bean by hand and lived a life of poverty. It was one of the most interesting things I’ve done in my entire life, and no book would do it justice. 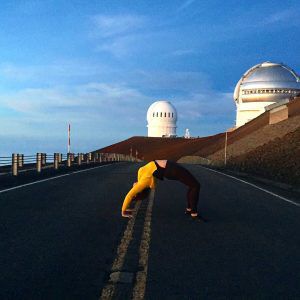 One of the last things we did was drive up Mauna Kea, which from the seafloor rises higher than Mount Everest; it’s a behemoth. After a long drive to the visitor’s centre, we spent a half hour in the giftshop to acclimatize and read about the star-gazing that’s been happening on Mauna Kea for generations. The books and printed leaflets in the visitor’s centre are niche and specialised, but nothing prepare you for the shaky drive to the top of the summit, where you can (on a clear night) bear witness to the earth beneath you as the sun sets. Once night arrives, the telescopes start moving, searching the heavens for anything we don’t yet know.

Climbing back on the plane was a heartbreak- and seeing Hawai’i experience so much environmental tumult recently has brought the trip back to mind. Hawai’ians are resilient- I’m absolutely sure that they’ll add the recent history to their amazing cultural offering for the world. If you have the chance to see it, grab the opportunity with both hands.