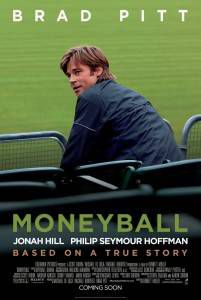 As you’re probably aware, the 2012 Oscar nominations were announced this week. And a long-running trend has continued again this year: the films nominated for Best Picture have a decidedly bookish bent  — six of the nine this year, in fact, are based on books.

Three of the nominated films — The Descendants, The Help, and Extremely Loud and Incredibly Close — are based on literary fiction. This, to me, is AWESOME — it’s the most Oscar nominated films based on literary fiction in the last five years. The novel The Descendants by Kaui Hart Hemmings is probably the least-read of the three, and I haven’t read it either. (If any Book Riot readers have, please comment below  — I’d love to hear your impressions of it.) But I can personally vouch for the extremely high quality of both Jonathan Safran Foer’s Extremely Loud and Incredibly Close, and Kathryn Stockett’s The Help. (I’m looking forward [read as: not looking forward] to all the “the movie is certainly Oscar-worthy, but the book was still better” comments.  Uh, yeah. We know. Of course the book is better. In other news, Newt Gingrich has weird-looking hair.)

Two of the nominated films — Hugo and War Horse — are based on children’s books (The Invention of Hugo Cabret, by Brian Selznick, and War Horse, by Michael Murpurgo).

And finally, the Brad Pitt / Jonah Hill vehicle Moneyball is, of course, based on Michael Lewis’s non-fiction book of the same name.

The three nominated films not based on books are The Tree of Life (Terrence Malick’s, um, unconventional film), Midnight in Paris (Woody Allen’s quirky film, though not based on a book, does have a decidedly literary bent — it includes appearances by literary figures like F. Scott Fitzgerald and Ernest Hemingway), and The Artist (the favorite, according to most gambling sites).

What’s your pick to click this year? I’m going with The Descendants in an upset.