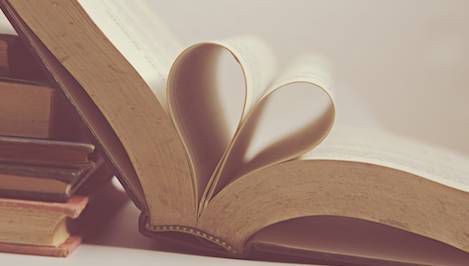 It was late at night when I posted the message on my Facebook wall. Am looking to interview people who got married in 2010, 2011, and/or 2012. May still be married or not. Confidentiality guaranteed if you so choose. I received four direct messages within the first thirty minutes, plus a couple of offers from (brave) friends who commented directly on my post. Within twenty-four hours, I had sixteen people to interview and at least a dozen more referrals.

Without exception, the first thing they asked me was, “Why the cut-off date?”

“I wanted all the marriages to have something in common,” I explained.

I had access to a diverse group. Of the thirteen people I interviewed, four had a different nationality than their partner, three were a part of a same-sex couple, five had a different race than their partner, three lived in Toronto, four in Rio de Janeiro, one in North Carolina, and five in New York City. Four people were separated/divorced and two were on their second marriage. It should be noted that I made no distinction between common-law unions and marriages, and that I only interviewed one party in each marriage, meaning that I never got both sides to any of these stories.

And what – you may ask – was the purpose of all this?

Well, it wasn’t to snoop on my friends’ marriages, I promise. To prove it: the bulk of my interviewees were virtual strangers, friends of friends, since I thought it would be best to have an impartial view of most relationships.

In asking people about their marriages, my mission was to find, among the books I’d read, one that might best fit each couple. I wasn’t focused on recommending books they might like or in finding a work of fiction that mirrored their coupledom. My goal was to make a good match (goofy pun intended) between a marriage and a novel, between real people and the human condition as depicted in the realm of fiction. And like so many good matches, opposites attract.

Below are four marriages between books and couples.

Their marriage in a nutshell: “I hate to be cliché, but our issue is money,” said Susan, right off the bat. “He spends too much of it and it’s mostly on stupid stuff.” According to Susan, they had discussed their finances extensively before getting engaged. “We were both aware of the other’s income and spending habits. And for the first two years [of our marriage] everything was fine because we each made enough to support our own lifestyle. But ever since Jonah was born I’ve been stressing about the future. Daycare costs are insane and I’d like for him to go to private school. It might also be nice to go on a family vacation about once a year.” Susan confessed to suffering from anxiety whenever she updated their spending spreadsheet. And what about your marriage do you love, if anything? “Him,” she said, without skipping a beat. “I love him. He’s the love of my life and father of my child and I can’t picture my life with anyone else. So many of my friends fell out of love with their partners after having kids. I think it’s because the love we feel for a child is so strong, it consumes us. But with me it was the opposite: I fell even more in love with my husband, and a lot of that is because he’s an amazing dad but also because he’s an amazing partner.” I’ll admit: I teared up listening to her obvious devotion to her family.

Their book match: The Nest by Cynthia D’Aprix Sweeney 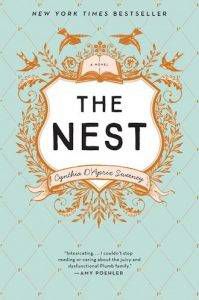 This novel was an obvious choice for Susan and Marcus because it revolves around the lives of four adult siblings and the inheritance – daintily referred to as “the nest” – they grew up expecting to receive when Melody, the youngest, turns 40. It’s a novel about what we can endure in the present when the expectation of money in our near future is axiomatic. But I also love it because of Melody’s character, who constantly perceives her role as a wife and mother in relation to the money they don’t have now, but will have soon (most notably in the clear path to university that she expects to be able to provide for her daughters). Melody’s apparent financial singlemindedness sprouts from the obvious love she feels for her family. In many ways, Melody’s and Susan’s situations are antipodal, because Susan’s anxiety is mostly about their financial future, whereas Melody finds solace in her present challenges because of the promise of a financially secure future.

Their marriage in a nutshell: “Our marriage was a mistake,” Raphael said. “And nothing about it was her fault.” Raphael and Katherine got married in late 2010 and their union lasted almost four years. He confessed to thinking about the D-word from day one. “I’d rehearse what I’d tell her in the mirror, but I could never work up the courage to go through with it.” When I asked him the obvious question – why – he went on a thirteen-minute monologue about chemistry and affinity, but ultimately, he blushed and said, “There was someone else. I never cheated on Kate but I was in love with another woman, my ex, even when we got married. Those feelings never went away.” Katherine was the one who left Raphael. “I thought I was heartbroken but after a few weeks I realized that the only thing that was hurting was my ego.”

This powerful novel tackles the big issues: race, identity, and the immigrant journey. But it’s also a love story about two people, exes, who have both moved on in every way except the only one that truly matters: in their hearts. As I listened to Raphael describe his marriage to Katherine, I was reminded of Ifemelu’s character describing her own unblissful union – “Her relationship with him was like being content in a house but always sitting by the window and looking out.” I think that Ifemelu’s journey and courage will inspire Raphael to follow his heart and allow himself a second chance at love.

Their marriage in a nutshell: “I’m an old fart and she’s a millennial,” said Ilana, who is the same age as her partner. “I want to stay at home, binge watching TV shows, and eating sesame popcorn.” According to Ilana, Judy is more outgoing. “She just loves people. She’s the kind of person who talks to strangers on the TTC and who knows our neighbors’ names.” The only thing that can get Ilana out of the house sans grumpiness is the promise of a new vegan restaurant. Her frustration was palpable. So I had to ask: How do two people who are clearly opposites on the sociable spectrum fall in love and get married? Ilana shrugged. “Up till now I’ve been willing to go out for her and she’s been willing to stay in for me. But lately she’s been talking about having kids. We’d always talked about having them someday, but I think that day has arrived for her, and not so much for me. If I’m being honest, I’m not sure I want to be a parent, but I’m afraid that this will be a deal breaker for her.” In fact, two days before I interviewed Ilana, Judy had invited her to browse sperm donor profiles with her. “That freaked me out!” Ilana said. “And I know I have to talk to her about it, but I can’t picture myself having this conversation. Trouble is, I also can’t picture having a little boy or girl running around our 800-square-foot condo.” 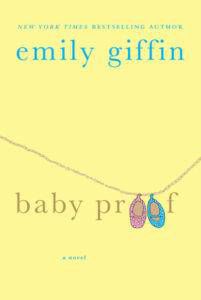 Claudia and Ben, the couple in Giffin’s addictive novel, find themselves unexpectedly having to navigate what is arguably the greatest challenge to a marriage: what to do when one person wants to have a baby, and the other one does not. Not only does this seem to be a potential issue for Ilana and Judy, but the nonprescriptive, mutually generous way the book unfolds (it reminded me of The Gift of the Magi) might inspire Ilana to finally sit down with Judy and have this difficult conversation.

Their marriage in a nutshell. “We have a bipolar relationship,” said Maria, laughing. When I asked her to clarify, she said, “I’m Argentinian and he’s Canadian. It means we’re either fighting or making love.” What do you fight about? “He thinks I make a big deal of everything, that I complain too much. When he gets home from work he wants to relax but I want to talk, and I talk with my hands, with my heart. I think he finds me tiring. I worry that my son will feel the same way now that he’s becoming a teenager. I worry they will not appreciate all I gave up for them.” Maria Paula and David were dating for less than a year when they found out they were pregnant (their son, Patrick, was born in 2005), and they split shortly after Patrick was born. She was married to another man, but separated in 2009 and married David in 2010.

Their book match: The Ten-Year Nap by Meg Wolitzer 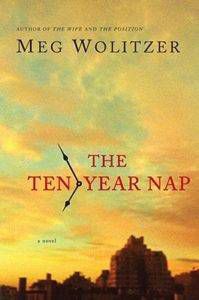 Maria Paula is clearly a fiercely intelligent woman who spends the bulk of her time and energy taking care of her family. And while she is happy with her decision to become a homemaker (a decision she made when she found out – quite unexpectedly! – that she was pregnant), now that her son is older she might like to consider going back to school and/or to work. It’s a daunting task, and so it might help to get a little inspiration from Wolitzer’s page-turning novel: The Ten-Year Nap follows the lives of four highly educated New York friends who have spent the past decade dedicating their lives to marriage and motherhood – until everything changes.

If you’re married, you might like to take a moment to think about books that would be a good match with your marriage. Or – and trust me, this is a lot more fun – you could play bookish matchmaker with your friends’ marriages.

NB: All names have been changed to protect interviewees’ confidentiality.