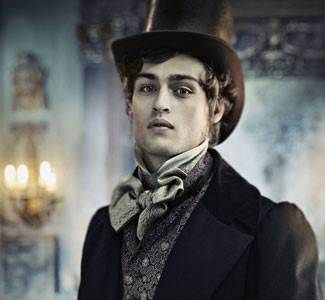 It was on this day in 1861 that the final installment of Charles Dickens’ Great Expectations was first published. We are all familiar with it in its finished form, but readers originally had to wait for each installment to be released individually.  There was no staying up all night to finish reading it.  They could only read it as fast as he could write.  There isn’t much in the way of serialization these days, though Margaret Atwood and John Scalzi have given it a go recently.

Dickens was a popular writer, and his works were well-liked, though not held in quite the same regard as they are today, when we point to them as fantastic examples of classical literary prowess. For his original audience, waiting for the next installment was more like the way that we wait for Downton Abbey – except you couldn’t order the show pass and watch ahead of the broadcast schedule.  Instead, readers had to wait patiently to find out what would happen to Pip, Miss Havisham, and Uncle Pumblechook (best name ever!).

By the time the golden age of cinema had rolled around,  people were tired of waiting.  What was already a shorter book than Dickens had intended was adapted for the screen.  Here’s a look at the many ways movie goers have been introduced to the novel:

[youtube]http://www.youtube.com/watch?v=A-MvsZ2QxwM[/youtube]
In Reading Color Newsletter
A weekly newsletter focusing on literature by and about people of color!
Thank you for signing up! Keep an eye on your inbox.
By signing up you agree to our terms of use

And then, for those who just want a quick and dirty introduction to the text, I give you Thug Notes.