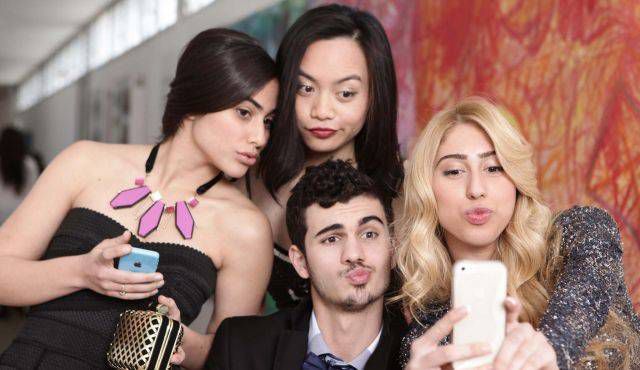 David Denby’s recent essay in The New Yorker, “Do Teens Read Seriously Anymore?” is as close as we are as likely ever to get to the Platonic Ideal of hand-wringing about the reading habits of teenagers. It has all of the tropes of this genre: mentions of Harry Potter and The Hunger Games, the ascendency of iPhone, the wretched state of American education, and the correlation of Donald Trump’s popularity with not enough people reading The Adventures of Huckleberry Finn. Well, perhaps that one is original to Denby.

It is so of its kind that it is tempting to sigh and move on. But there are two elements of Denby’s lament that should not be left unexamined. The first is the claim that teenagers aren’t “reading seriously anymore.” In support of this claim, Denby cites “work by the Pew Research Center and other outfits” that shows that “few late teen-agers are reading many books.” This would be alarming I suppose if it were true.

Pew’s own study of the reading habits of younger Americans shows that 46% of 16-17 year-olds read every day, which is higher than the rate at which people over the age of 30 read (and Denby’s own demographic, those age 65 and older, is the least likely to read everyday). While it is possible that this reflects a significant drop in the reading habits of teenagers (it doesn’t, just give me a minute), that Denby focuses on the group most likely to read everyday seems a misuse of his anxiety.

But what of the claim that the internet and all of the teenage time-sucking diversions has significantly damaged the reading lives of America’s youth? This case seems weak as well. The National Endowment of the Arts reported that in 2012, 52% of 18-24 year olds in the U.S. read a book for pleasure, down from 59% in the pre-digital-anything days of 1992. It is a drop to be sure but, given the explosion in competition for our time since then, it seems to me a remarkably resilient number. For my part, I would like everyone to be reading more, but going from 59% to 52% (and holding) post-Internet doesn’t seem to me to be cause for concern.

The second reason to consider this essay is that Denby unwittingly reveals what serious literature is and who it is for. Denby names twenty-three authors in his essay, endorsing all either directly or indirectly as representing the kind of “serious” literature that he wishes teenagers would read more of, the earliest being Shakespeare and the most recent being Kurt Vonnegut.

Only three of the twenty-three are women, and all of them are white.

Like Denby, though, I am still worried about the reading lives of American teenagers. I am worried that they will read essays like Denby’s that don’t see them, that don’t try to understand them, that don’t offer them the freedom to be whatever kind of generation and generations of American teenagers they are going to be. I am worried that if their reading lives are damaged, it won’t be by Snapchat or Yik Yak. It will be because our established ideas of what and how books should be read prevented us from meeting them wherever, and whoever, they are.