For a small province, Prince Edward Island sure does have its share of dramatic goings-on. Don’t let the idyllic scenery fool you: there are secret spouses, half-sorceresses, misdiagnoses of crippling conditions, and jilted lovers to go around in L.M. Montgomery’s towns.

Here are a few of Maud’s most curveball-ducking, plot-twist facing women characters—and their classic literary counterparts, who would no doubt understand them well.

These jilted women can’t move past the men who left them years ago, and in the most humiliating of circumstances. Replace Havisham’s torn wedding gown and dilapidated home, always awaiting its wedding reception, with literal scars, and you’ve got Aileen Kent. Jealous of the loved ones they have left, they plant poisonous seeds in the childhood minds of family members, guaranteeing a next generation of emotionally stunted young adults. Not to fear, though– the youngsters they mold prove able to supersede their considerable psychological roadblocks.

These clever women are more than their family circumstances, and they walk around charming those who expect less of them: Elizabeth, because her mother and sisters are a bit ridiculous and poor; and Anne, because she’s an orphan, likely to put strychnine in the well (right, Mrs. Lynde?). They’re also lovely–but those who admire them most will tell you that they’re smart, and that’s even better than being pretty. Their impetuous and biting tongues sometimes lead to brilliant, but harsh, words being said in haste, but they repent beautifully. They may not forget slights easily, but their affection is much harder to shake.

They’ve got the magic touch–literally. Hermione has the benefit of Hogwarts, where she’s able to hone her skills; Emily must settle for innate, untrained talents, though even these don’t prevent her from saving the lives of endangered children now and again. Bookish, lovely, and usually accompanied by two talented gentlemen, these girls grow up quickly and make significant marks on the worlds around them.

Galadriel (Lord of the Rings) as Judy Plum (Mistress Pat)

Aye, they’ve got a wee bit of magic in them! Their pasts are subject to becoming legend; they come from great and wondrous lands. Galadriel guides hobbits and those charged with protecting the one true ring on their way, offering her protection and wisdom; Judy Plum’s domain–Silver Bush–is a little less tied into the ultimate fate of all that is good, but she, too, shepherds little ones to where they need to go. Galadriel is a fairy; Judy Plum is rumored to have a bit of that blood, too, and at the very least, she speaks faerie fluently. (Middle) Earth doesn’t seem the same without them.

Convinced that they’re suffering from insurmountable maladies, Colin and Valancy dramatically affect the lives of those around them. Valancy’s methods are a bit more ferocious than Colin’s—rather than relegating herself to an invalid’s life, she seizes opportunities with reckless hunger–but both expect very specific things of their remaining days, and demand much of the people around them. Valancy’s secret garden is the Blue Castle, a gorgeous place just as jealously hidden as Colin’s walled in flowers and paths. And, don’t worry: their futures aren’t as bleak as they initially believe. 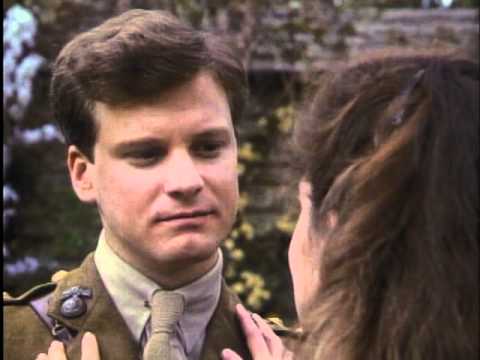 The eldest sisters of their clans, these poised young woman impress everyone they encounter, and their younger sisters both adore them and are fiercely protective of them. Pat isn’t thrilled to hear about Winnie’s engagement; Jo is equally skeptical over Meg’s betrothal. The sisters warm to their brothers-in-law, though, and their humble families put together great trousseaus for Meg and Winnie, their circumstances aside. Meg and Winnie are the well-mannered ladies that their sisters wish to live up to—even though Jo and Pat may be, themselves, more interesting, and more suited to adventure. We all make mistakes when we’re young, am I right? Leslie’s is locked up in the lighthouse, Mr. Rochester’s in the attic; they’re both a little sick in the head, and Rochester and Leslie would rather they not be discussed. Silence and secrets have their consequences, though, particularly when alluring governesses, or writers, come to town. Owen and Jane are forced to away when circumstances seem hopeless. Bertha comes to a bitter end; Gilbert helps to fix Leslie’s situation; love gets its second chances. 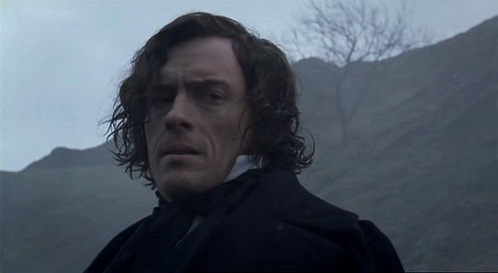 These women do pride themselves on speaking their minds. If you want the good gossip in Avonlea or Devonshire, you know who to go to: the outspoken women whose children are gone and who now pass their time by learning everyone else’s business. Rachel matches Anne to Gilbert before Anne is the wiser, and Mrs. Jennings does the same with Colonel Brandon and Marianne; both women have their false starts before they prove the gossips right. They don’t often apologize for their slips of tongue, but neither do they leave anyone bored.

Those who meet them are struck by their ostentatious beauty, and a patina of joviality overlays that. They do not, however, start out with much depth–nor do they develop tons of it. Effie would probably love the chance to bring out the loveliest version of Anne; I have no doubt that Ruby would revel in the Capital’s attentions. It’s hard to be completely sympathetic to these gorgeous women on first take–after all, they really are pretty impervious to the events that churn around them–but they’re better for the strong-minded women they meet and befriend. Difficult circumstances test them, but also bring out the best in them.