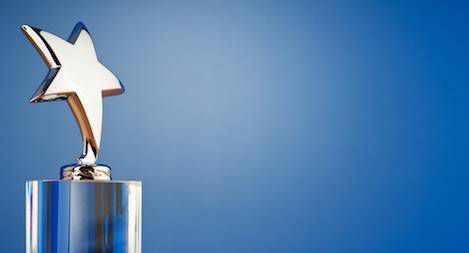 Let’s not lie about it, we’re all drawn to the shiny stickers on the covers of books that have won someone’s award. Personally I’m more likely to pick up a book if it has a gold sticker on it even if I don’t know what it’s about, which means that I’m consistently picking up books that don’t ring my bells. Sure, a committee made up of five white men named Dave, a white woman who teaches at a college in the Midwest, and Oprah, may have picked this book by a white man named Dave who teaches at a college in the Midwest as their favorite fiction for the year (I KNOW this isn’t how book awards are awarded, please don’t send me nasty tweets, I’m fully aware book prizes are all awarded by a guinea pig named Bridget.) but that doesn’t mean it’s going to be up my alley.

Personally I would prefer book awards that are more specific than the usual “Best European Fiction Translated by a White Man Named Dave.” I’m advocating for award committees to start giving out awards that are going to be directly relevant to my life so that I can pick up a book with a shiny sticker and instantly know if I care about the award. Here are some suggestions that I hope get traction:

The Dog Does NOT Die [note: not awarded since the year nineteen-oh-never]

Sports Memoir Your Uncle Will Actually Enjoy Getting for His Birthday