Last year for Halloween, my spawns were Wilbur and Charlotte because I wanted to make the baby into a spider, because making a baby into a spider ranks EXTREMELY HIGH on the Adorable Scale, but has a super low Effort Factor. It is basically four pairs of tights and a hat. 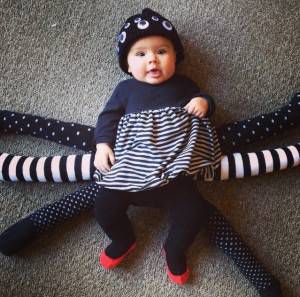 This year, the oldest wants to be a gargoyle so the baby is going to be a pigeon. But, like, a Mo Willems pigeon, because I’ve never met a realistic-looking pigeon costume I didn’t want to burn to the ground and then salt for good measure.

The Effort/Adorable ratio is pretty lousy on both pigeon and gargoyle – lotta work and they both stand a chance of looking very mangy. Do better than me with one of these costumes based on children’s books.

Every parent of twins is rolling their eyes at me right now but LOOK AT THEMMMMMM.

Newborn babies are terrible people but apparently (considering the size of the infestation) they make proficient Hungry Caterpillars. Three for Effort because that is a stripey sock and a crocheted hat, and like a NINE for Adorableness (but seriously, zero for originality).

But hello this is Halloween, extreme literalism or gtfo. (I would put my kid in that dress on, like, a Tuesday though.)

Look how sweet this little Cruella Deville is. 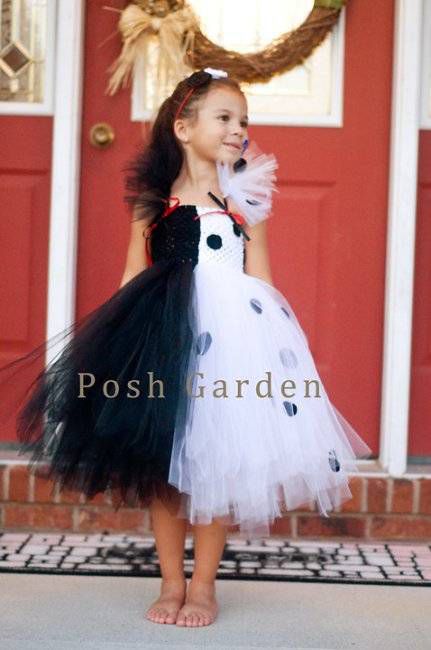 She is precious. I would like her dress in my size and a cocktail party to attend it in. HIGH ADORABLENESS BUT ALSO HIGH EFFORT by SOMEONE because you know that dress is from Etsy.

This little Cruella, on the other hand, will make your into a coat right now, AND is surprisingly lower down on the Effort Scale. It is appallingly not difficult to find horrible tacky animal print coats for children; the rest is just ratty wigs and face paint.

This little girl isn’t actually THE tornado from The Wizard of Oz, but I’m classing that as an oversight. This costume is BALLER. VEEEEERY high on the Effort Scale but also high on the Blowing My Fucking Mind scale (esp. if you tuck a little doll in a pinafore into that house on her shoe).

LOOK IT IS THAT GUY FROM THAT BOOK EVERYONE FORGETS ABOUT UNTIL IT IS ONCE AGAIN BROUGHT TO THEIR ATTENTION. Where he sells the caps. You know the one. The costume looks like a bitch to make, but A++ for remembering that book existed without being reminded.

Alice in Wonderland is, like, newborn-babies-dressed-as-hungry-caterpillars level of predictability and ease (blue dress! Headband! Mary Janes!) but shoots astronomically up both scales when you give her a house to bust out of.

A Little Prince. No, I know, but I mean….just LOOK AT HIM. Probably like a 7 on the effort scale but its adorable factor is at least eleventy and you get Super Value Points because that is a majestic pun.