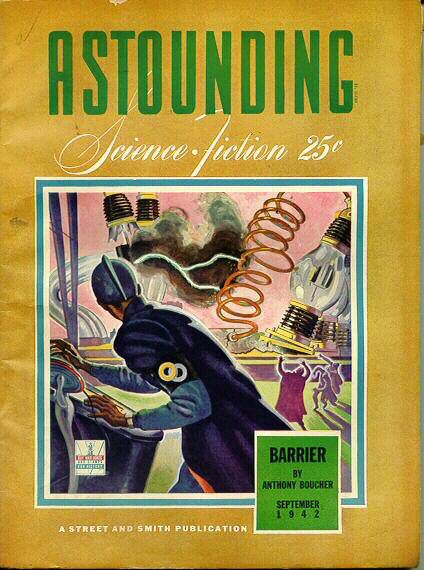 Many consider 1938-1946 to be the “golden age” of science fiction, and who can blame them: John W. Campbell took over Astounding in 1937 and then proceeded to scoop up the best sci-fi writers of his day like the Borg scoop up new “recruits.” After all, you had Henry Cuttner, C. L. Moore, Lester del Rey, the truly great Theodore Sturgeon, Arthur C. Clarke (at whose feet I figuratively swoon), Robert Heinlein. and Isaac Asimov. Whew, now that’s a LIST. This age opened the floodgates of sci-fi magazines and the writers who filled their pages.

Even more astonishing than the farsighted and fantastic stories, though, are the covers of the magazines in which those stories could be found. Those editors sure knew what would sell: after all, if I was walking past a newsstand and saw a bright orange-and-red cover with a blue, eight-headed alien on it preparing to devour a terrified lady, I’d plunk down my change in a hurry.

I’ve added some caption commentary that I hope you’ll know is all in good fun. Cause I love sci-fi with a deep, abiding love. But you have to admit- some of these illustrations have jumped many, many sharks.

So here are some of the craziest, weirdest, funkiest (in my opinion) cover illustrations from Golden Age sci-fi magazines.You’re welcome: 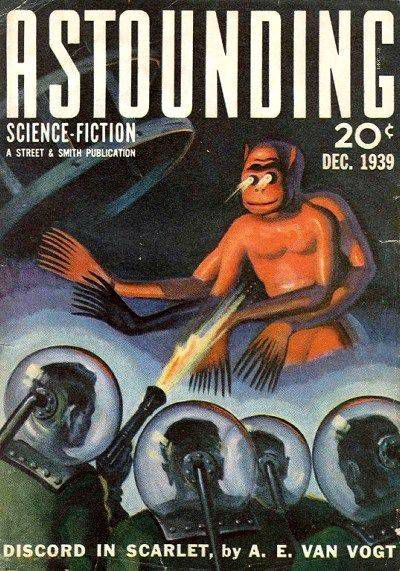 Now, I don’t see why the astronaut dudes are shooting their fiery guns at this friendly alien. He’s SMILING, after all, am I right? Who shoots a smiling alien? And four against one is hardly fair. 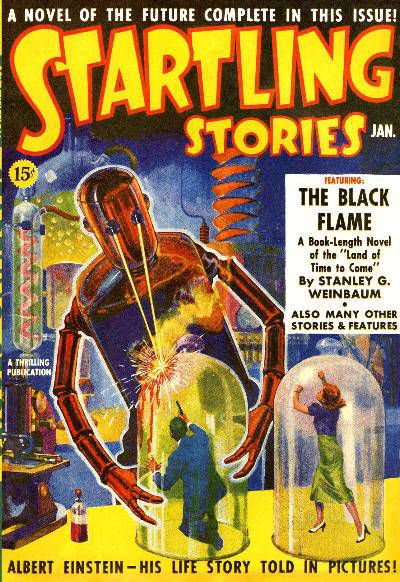 Um, why is the robot shooting lasers at the glass jar that’s keeping the man prisoner? Didn’t the robot put the guy in the glass jar in the first place? And what does the lady think her fists are going to accomplish against that glass…I would have taken those heels off, first of all. 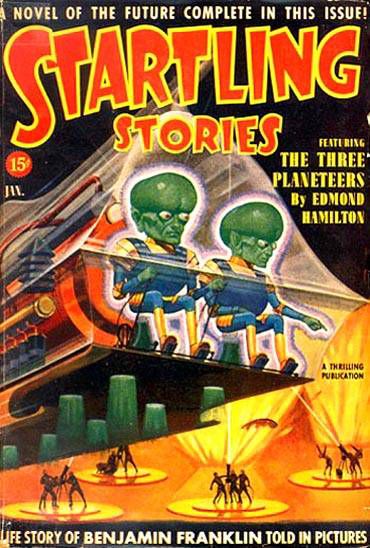 I imagine the aliens’ conversation going a little like this: “Herb, we’re lost. Again.” “Shut up, Agnes, I know where I’m going.” “But what are those things shooting at us? We’re on the wrong damn planet, Herb.” “Agnes, just let me drive already!” 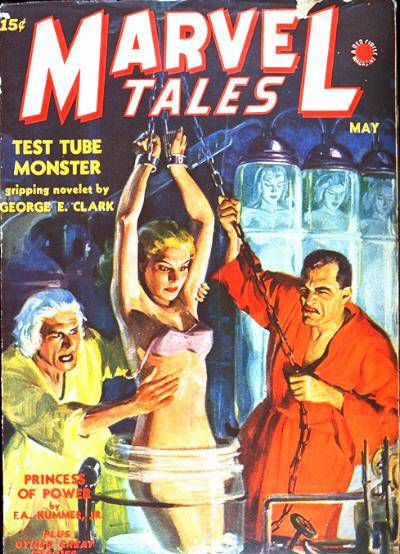 Yes, that blond, curvy lady coming out of the large test tube is a super-scary “monster.” She’s so scary- I mean, look at the expressions on those men’s faces. Priceless. 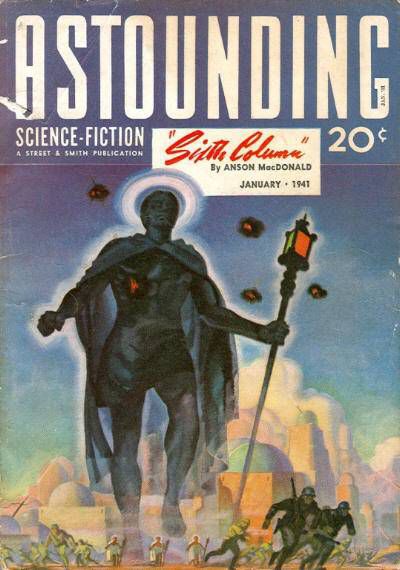 “Run!” yelled the fleeting soldiers to one another, “dude’s got a STREETLAMP.” 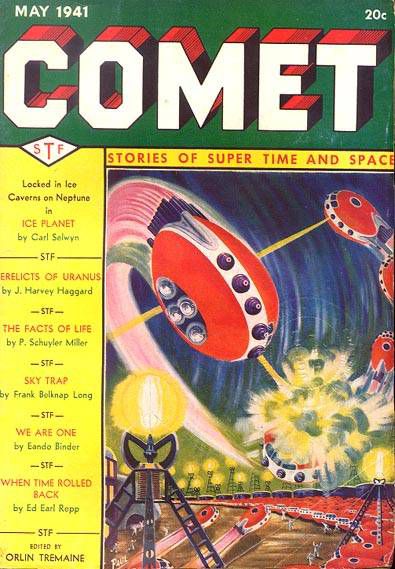 Wait, are these ships all shooting at one another? Doesn’t that defeat the purpose when you’re going to invade another planet? 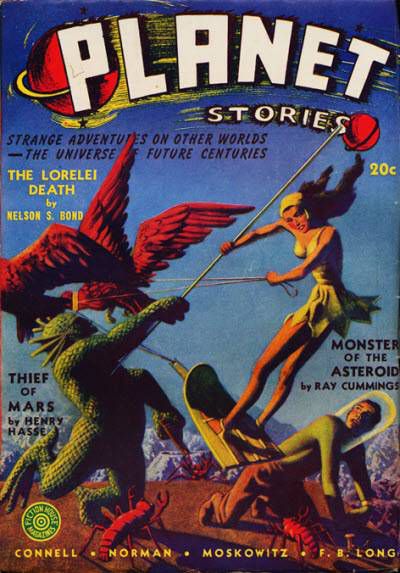 Loving that the monster-alien-thing’s getting its butt kicked by a skimpily-dressed lady and the guy with her is slinking away like a frightened caterpillar. And are those supposed to be angry crabs in the foreground? 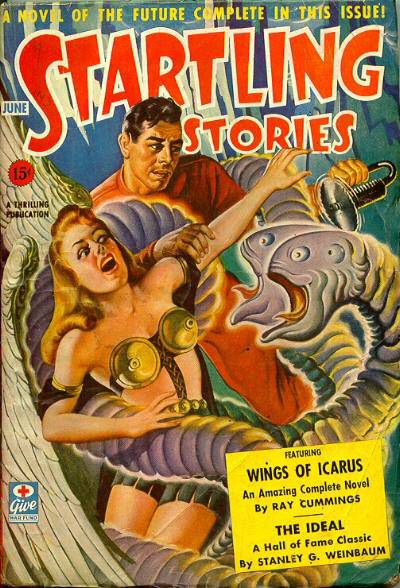 “Oh no!” screamed the lady in the brass bra, “the two-headed fish wants my cool outfit, which I stole from that Wagner opera! Save me, man with a circular saw!”

All images are from the “Science Fiction, Fantasy, & Weird Fiction” section of Galactic Central.