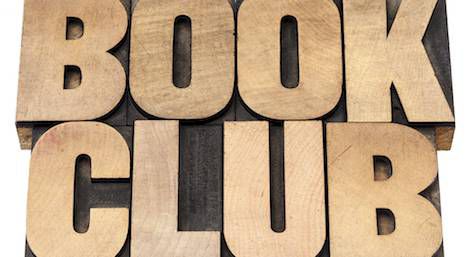 I’ve heard many book club leaders and participants lament how difficult it is to find diverse authors and books. And I get it. Sometimes, what’s marketed as “book club fiction” can be pretty predictably white bread.

Summer is a great time to branch out and try something new. These eight diverse book club picks for summer, from memoir to YA to fiction, will capture readers’ attention while slipping outside the comfort zone and into the experiences by diverse authors. 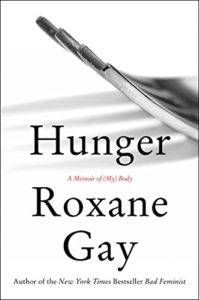 Hunger: A Memoir of (My) Body – Roxanne Gay (Memoir)

Somehow, Hunger: A Memoir of (My) Body is the first work I’ve read of prolific essayist and writer Roxanne Gay. When I began this memoir about Gay’s struggle with eating and acceptance of her body, I was worried it would be a trigger for me since I have struggled with an eating disorder most of my life. Instead, her incredibly intimate duel between battling and embracing food and weight was an inspiration. This excellent memoir is a great pick for book clubs because Gay’s reflections are so complex, ones that get at the heart of being a woman of weight in today’s brutal body image culture. Readers will likely find themselves in Gay’s memoir, leading to discussion about our personal relationship to food.

Doubtless one of the most anticipated novels of the year, The Ministry of Utmost Happiness lives up to the hype. From the author of the astonishing Man Booker Prize-winning The God of Small Things, Roy’s first novel in twenty years is a sweeping saga of India, rooted in characters so vividly drawn they seem real. The Ministry of Utmost Happiness delivers a soaring look at ambition, love, and activism, among other themes. Book clubs will appreciate a story so immersive in another part of the world while trying to tease out the universal threads of history, modernity, and change that are familiar all around the globe. 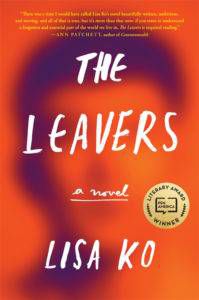 Debut novelist Lisa Ko wins over readers in her ballad of Deming Guo, the son of a formidable Chinese woman, Polly, who comes to America seeking to abort her unwanted son. Instead, Polly is grounded in the Bronx, eventually recalling her son to live with her and her boyfriend and his sister and son, Michael. When Polly vanishes without a trace, Deming is puzzled and heartbroken and soon adopted by an affluent couple to be raised in all-white Upstate New York. Years later, Michael reappears offering possible answers to Deming, now reborn as Daniel Wilkinson, about his mother’s disappearance. This novel explores themes of social justice, the undocumented experience in America, and women who reject gender norms. Book discussion groups will be moved by this multi-layered saga and the hard questions it provokes about identity, responsibility, and reinvention. 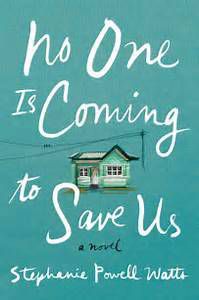 No One Is Coming to Save Us – Stephanie Powell Watts (Fiction)

If you’re going to reinterpret F. Scott Fitzgerald’s The Great Gatsby, you better bring your A game to adapt one of the so-called Great American Novels. Debut author Stephanie Powell Watts situates her story in 21st century Pinewood, a North Carolina town devastated by the loss of factory jobs. Following a predominately African American family, Eva manages some economic stability with her steady job in a bank. When Eva’s old high school classmate and friend JJ (“Jay”) Ferguson returns to a self-made success, he hopes to fashion a mansion and woo Eva. But Pinewood has changed, and so has Eva. Jay’s tragic quest is both quixotic and tragic. Book clubs will want to draw parallels between the plots between No One Is Coming to Save Us and Gatsby, but Powell Watts’ novel stands alone—maybe even surpasses—Fitzgerald’s canonical work. Come for the premise, stay for the lush writing and sobering, astute landscape of contemporary America: the things that never change, the things that still could. 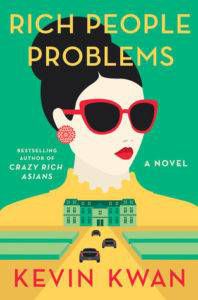 In Rich People Problems, Singaporean novelist Kevin Kwan concludes his compulsively readable trilogy that started with Crazy Rich Asians (2013). Kwan’s acerbic, satirical look at wealth and excess in today’s China, based on his own experiences, has won a cult-like readership. In this final novel, the rich matriarch of the Tyersall Park, the richest estate in Singapore (think Downton Abbey), lies on her deathbed while family from around the world descend like flies to honey trying to inherit the 64-acre property. In a novel where the rich don’t blink about spending tens of thousands of dollars on plastic surgery for fish (which Kwan insists is a real thing), expect over-the-top dysfunction and Kardashian-level drama. Readers will want to binge read Crazy Rich Asians and China Rich Girlfriend (2015) before starting on this outrageous tale and being prepped for the film adaptation of Crazy Rich Asians starring Constance Wu. With a billionaire in our White House, Kwan’s trilogy lifts the curtain back on the outrageous excess of today’s rich and powerful.

(PS: check out this A-Z list of terms within the gilded world of Rich People Problems from the Toronto Star.) 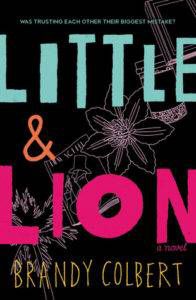 I have been eagerly awaiting the publication of Brandy Colbert’s Little & Lion since I first heard Book Riot editor Kelly Jensen talk it up earlier this year. In this novel by the author of Pointe, Suzette returns to her family in L.A. on break from the boarding school she attends in New England. Immediately, Suzette is pushed back into the ongoing whirlwind of her twin brother Lionel’s struggle with bipolar disorder. Suzette finds herself unexpectedly attracted to the same girl her brother loves. When Lion’s illness worsens, Suzette has to try to not get taken down, too. This novel questions the strain of caregiving, the tragedy of illness, and love we cannot ignore. 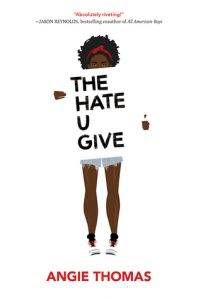 The Hate U Give – Angie Thomas (Fiction – YA)

If you read one YA book this year, well, if you read one any book this year, make it Angie Thomas’ debut, The Hate U Give. This powerful novel likely needs no introduction at this point, but just in case you missed it, The Hate U Give follows one Black teen, Starr, caught between two worlds—her predominately white suburban private school and the predominately Black urban neighborhood she goes home to each day. When Starr becomes the only witness to her close friend’s murder by a white cop during a traffic stop, Star is pushed into the spotlight and forced to choose her allegiances with the stakes higher than ever. Inspired by the Black Lives Matter movement, The Hate U Give is a visceral look at the tensions that divide us and the continuing injustice in America. This provocative novel will demand readers confront their own response to a tragedy and guarantee a strong discussion. 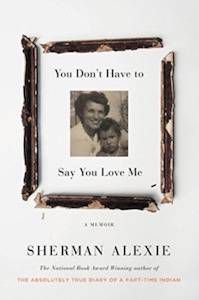 You Don’t Have to Say You Love Me: A Memoir – Sherman Alexie (Memoir)

From The Absolutely True Diary of a Part-Time Indian to Reservation Blues, National Book Award-winning author Sherman Alexie’s reputation for compelling characters and unforgettable stories is legendary. So it should come as no shock that his memoir, You Don’t Have to Say You Love Me, translates his fiction storytelling prowess to his own personal history. Alexie’s memoir examines his relationship with his mother growing up on the Spokane Indian Reservation. A formidable woman whose alcoholism nearly tore his family apart, his mother held expectations for her son that were complicated by her own imperfections but unrelenting belief in him. After her death, Alexie works through his memories of his mother and childhood in this moving, intimate account of family, legacy, and love.

What are your favorite diverse book club picks? To really get the conversation going at yours, check out “40 Great Book Club Discussion Questions.”