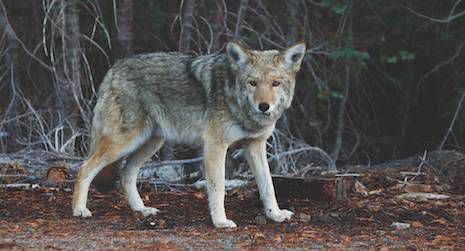 This is a guest post from Margaret Kingsbury. Margaret’s short stories and poems have appeared in Devilfish Review, Pulp Literature, Nonbinary Review, and Expanded Horizons. She and her saxophone-playing husband live in Nashville, TN where Margaret teaches college English as an adjunct and works at a used bookstore. Her pets are her books. You can follow her on Twitter @MargaretKWrites and she blogs at margaretkingsbury.com.

At a hearing recently, Republicans discussed repealing the Endangered Species Act. Despite a tendency to avoid the outdoors and stay inside with a good book, most readers I know love animals. I mean, how many of us weep when an animal dies in a book? (Why do they always have to die?!?! Okay, they don’t always die, but it sure does seem like it.)

In protest of this possible repeal, I’ve amassed a list of 8 novels featuring our lovely animal friends (and no, they don’t always die in these picks). Let’s hope that in the future books aren’t the only places to find them.

What books featuring endangered, threatened, or extinct animals do you love?