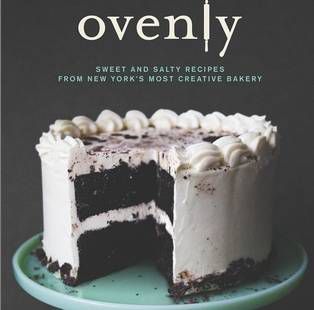 This giveaway is sponsored by Ovenly by Agatha Kulaga and Erin Patinkin. 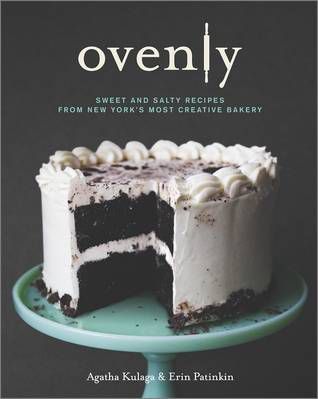 With lines out the door for their coveted Bloody Mary scones, pear and sour cherry cardamom pie, and caramel bacon hot tarts, New York’s award-winning bakery Ovenly is world-renowned for their innovative and exquisite treats.

Using unexpected flavor combinations by playing with tradition, testing the limits of indulgence and perfecting the balance of savory and sweet—adding just a hint of spice—it’s no wonder Ovenly consistently receives rave reviews and has dedicated cultlike fans and clientele.

Around My French Table by Dorie Greenspan

Baking: From My Home to Yours by Dorie Greenspan

The Best Recipe by Cooks Illustrated

The Bread Bible by Rose Levy Beranbaum and Alan Witschonke

Eat, Drink, and Be Vegan by Dreena Burton

The Encyclopedia of Cajun & Creole Cuisine by John D. Folse

The Family Meal by Ferran Adria

A Feast of Ice and Fire: The Official Game of Thrones Companion Cookbook by Chelsea Monroe-Cassel and Sariann Lehrer

The Flavor Bible: The Essential Guide to Culinary Creativity by Karen Page and Andrew Dornenburg

Flour: A Baker’s Collection of Spectacular Recipes by Joanne Chang and Christie Matheson

Food in Jars: Preserving in Batches Year-Round by Marisa McClellan

Healthy Cooking for Two (Or Just You) by Frances Price

How to Cook Everything by Mark Bittman

How to Eat by Nigella Lawson

Isa Does It by Isa Chandra Moskowitz

Joy the Baker by Joy Wilson

The Joy of Cooking by Irma Rombauer, Marion Rombauer Becker, and Ethan Becker

The Kitchn Cookbook by Sara Kate Gillingham and Faith Durand

Make It Ahead by Barefoot Contessa

Mastering the Art of French Cooking by Julia Child

A Month in Marrakech by Andy Harris and David Loftus

The Moosewood Cookbook (and variations thereof) by Mollie Katzen

My Drunk Kitchen by Hannah Hart

My Paris Kitchen by David Lebovitz

The Oh She Glows Cookbook by Angela Liddon

The Redwall Cookbook by Brian Jacques and Christopher Denise

The Savory Way by Deborah Madison

The Silver Palate Cookbook by Sheila Lukins and Julee Rosso

A Spoonful of Ginger: Irresistible, Health-Giving Recipes from Asian Kitchens by Nina Simonds

Vegetarian Cooking for Everyone by Deborah Madison

With a Pinch of Spice: Fusion Flavors From Dubai by Laila Al Khaja

The Yellow Table by Anna Watson Carl and Signe Birck