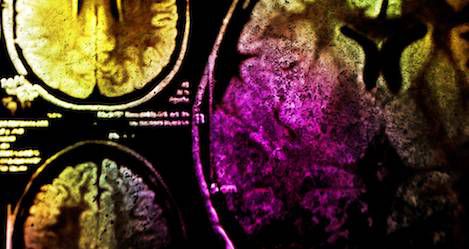 Autistic characters have been cropping up in more and more fiction as autism awareness increases. Books like The Curious Incident of the Dog in the Night-Time, Trueman Bradley: Aspie Detective, Mockingbird, and Saving Max are recognizable for the fact that they heavily feature autism in their plots and themes; other books have autistic characters as supporting characters. In the push to diversify fiction, the inclusion of autistic characters has been one way to show different types of characters; however, when including any type of marginalized groups in fiction, including autistic characters, it’s extra important to get the details right and avoid stereotypes. Otherwise, you might be doing more harm than good.

As an #ActuallyAutistic person, I wanted to write down a few things that I often see in fictitious autism that doesn’t necessarily fit real life, or some ways that writers handle autism that they don’t necessarily realize is offensive or harmful. I generally advocate people not tackling struggles that they don’t directly experience in fiction–it’s better for a person to write about their own experience than for someone to interpret it second- or third- or fourth-hand and write it for them. But if you’re determined to write an autistic character, yet you’re not autistic yourself, here are some things to know.

1. If you’ve met one autistic person, you’ve met one autistic person. The tendency to write autistic folks as stereotypes is prevalent. “Autistic” often seems to translate in all modes of fiction as young, male, super-smart, brown-haired(?? why ?? but it is a thing), socially awkward or inept, obsessed with trains or something else stereotypical, with at least a touch of callousness or robotic-ness. This autistic person certainly exists, but in the same way that any specific character exists somewhere in the real world–as a small fraction of a whole diverse group of people.

2. Autism is a disability; it is not “just another way of thinking.” Being autistic isn’t a “quirk.” Yes, we often do think about things differently than other people. Having a different outlook on life due to being autistic isn’t the whole of what it means to be autistic, though; in fact, it’s not a very large part of being autistic. Autism often also comes with fun* things like sensory processing disorder, sleep disorders, executive function disorder (as in, not being able to connect your brain to your body and make it do stuff that you want it to do, not being able to perform simple tasks like feeding yourself, etc), and other physical and mental effects that make everyday life more challenging for us.

I say this because one of those books I listed up there has a Wikipedia entry that says, “[Trueman Bradley] was the first detective novel to feature an openly Autistic detective as a protagonist and was the first work of fiction to portray Asperger Syndrome as a ‘different way of thinking’, with some advantages over the neurotypical way of thinking — and therefore, not necessarily a disability.” Sorry, but I don’t need someone telling the world that my disability is not a disability. Coping with everyday life is hard enough sometimes. Please do not do this.

3. Meltdowns =/= tantrums, like, a lot of the time. [Edit 8/2/17: I should clarify they are not tantrums ever; I initially meant that they don’t always LOOK like tantrums.] I have meltdowns all the time and most people never, ever realize it’s happening while it’s happening. If you’re really paying attention, you will notice me get quiet; I imagine my eyes probably glaze over a bit. My speech will become short and abrupt if you ask me a question. I will not be able to answer simple things like “what would you like to eat for dinner?” I will just repeat “I don’t know. I don’t know.” I won’t remember how to say anything else.

This doesn’t look flamboyantly “autistic” to a lot of people who think meltdowns are big events, but that’s how meltdowns actually manifest themselves pretty often. I’m not saying no autistic kids ever have the screaming fits often portrayed in fiction, but tantrum is not always or even usually synonymous with meltdown. (This loops back also to, “if you know one autistic person, you know one autistic person.”)

4. Many autistic folks are transgender or gender-fluid and sexually fluid. Autistic people of color also exist. Please don’t forget them. It’s not uncommon among autistic people to have a non-binary gender; anecdotally speaking, many of the people I’ve interacted with in autism groups have expressed that they didn’t understand gender for a long time, myself included (though I am not non-binary myself). Autistic characters often are white and cisgender, though this doesn’t reflect the diversity in our community. Identities in the autism spectrum are intersectional and complex and should have this representation in fiction.

5. Non-autistic writers finding humor in overtly “autistic” things we say and do is making fun of our disability, full stop. If you are not autistic, you’re laughing at us, not with us. You’re pointing a finger and saying, “Look, their social awkwardness is hilarious!” or “Haha, they took the thing literally when it wasn’t meant literally! So funny!” The thing is, we may find these same “hilarious” experiences embarrassing or stressful; committing social faux pas on a regular basis can feel very uncomfortable, make us feel othered, and cause us to internalize shame when we realize that we have once again broken some kind of social code we couldn’t parse. While we might use humor relating these tales to others as a coping mechanism, it’s very different to find humor in one’s own troubles than it is to laugh at someone else’s. Please don’t make jokes at our expense.

6. Being autistic is an identity, not just a diagnosis. Being autistic affects every part of a person. It affects physical neurology; it affects social and communication skills; it affects how you look at the world; it affects how the world looks at you. With marginalized identities often comes a fraught history that includes abuse, neglect, misunderstanding, and ignorance, making it extra-important to handle with care.

Every autistic person you write about is a person. They’re not “autism.” They’re not a stereotypical set of diagnostic criteria. (Even the DSM criteria can manifest itself in different ways among different autistic people. Again, we’re not a monolith.) Writing about autism in a heavily stereotypical or uninformed way hurts us down to an identity level. It scrapes raw the core of who we are and it reminds us that there are people out there who don’t understand us and don’t care if they hurt us by propagating false ideas about autism. Ouch.

7. You can’t undo all of the previous things by just not labeling your character autistic. Not calling a character autistic isn’t a way of getting out of responsibly portraying autistic characters. People will pick up on the character’s differences and will assume autistic anyway. In some ways, I find this practice of not labeling worse because it’s using the identities of people like me but not taking responsibility for it.

For all the things I’ve listed here, there are dozens more I couldn’t fit in. The TL;DR here is that autistic people are diverse, have complex identities, and shouldn’t be represented as ill-informed stereotypes. If nothing else, please consult some #ActuallyAutistic people if you feel you must write an autistic character. We would appreciate that.