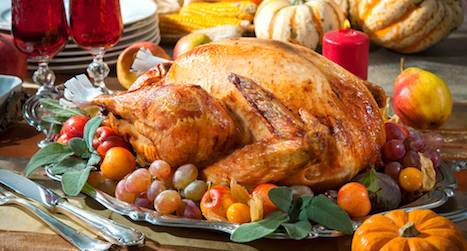 Every last Thursday in November, I am reliably drowning mashed potatoes in gravy. Also, turkey in cranberry sauce. And my entire body in spiced cider. I do this in commemoration of those swell Pilgrims whom God decreed worthy of beginning the patriotic tradition of screwing less-special homogenously-brown people out of their own stuff.

Bahahahaha I almost wrote that with a straight face. For realsies, though, I do Thanksgiving up because Thanksgiving food is incredibly delicious. The proper reverence due stuffing is something I want to pass along to my kid. And I guess I want to teach her about gratitude while I’m at it (I am, after all, grateful for stuffing). And if she learns from the get-go that Plains Tribes did not hang out with Mayflower passengers, then I’ll have much fewer misconceptions to correct later on. With all that on my mind, I (thanks)give you seven books I’m planning on using as resources for our family Thanksgivings.

Books that Make Kids Sympathize with Your Meal 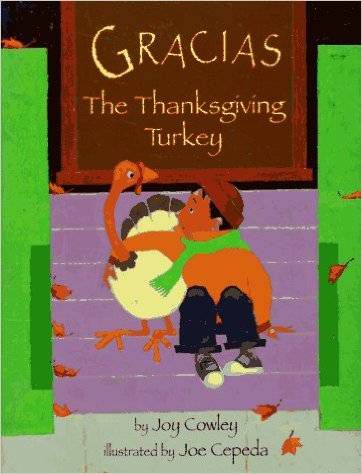 Miguel gets sent a live turkey from his long-haul trucking dad and—get this—he goes to THE LIBRARY to find out how to care for it. Already I’m liking this kid.

Turkey’s barnyard buddies invite him to five different Thanksgiving meals, and like a fowl after my own stomach, he appears and dines at all of them, because friendship. And food. But mostly friendship (and also food). 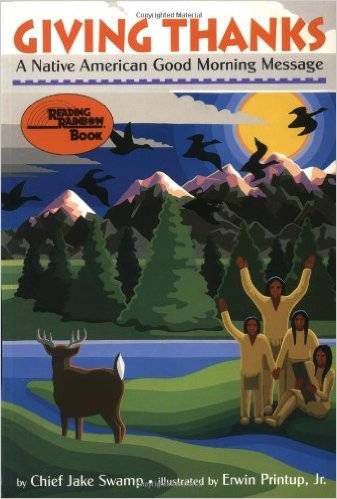 This kid lit version of the Iroquois Thanksgiving Address is year-round material. I mean, how does “Thank you, deep blue waters around Mother Earth, for you are the force that takes thirst away from all living things” not blow you away?

A grateful persons list in couplets with delightful watercolor illustrations. Opposite the birder who “is thankful to list a new bird” is a pastor who “is thankful for God’s loving word,” if that’s up your alley. 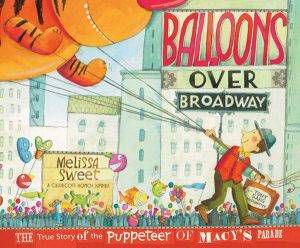 Balloons Over Broadway by Melissa Sweet

Weather permitting, this might be the year we huddle on the Upper West Side and watch the Macy’s Thanksgiving Day Parade balloons get inflated. I didn’t feel particularly compelled to do so until reading this book about the puppeteer who basically invented them. And it’s a reminder that the parade was for the enjoyment of Macy’s immigrant laborers—and not for the badly lip-synced shilling of pop stars’ forthcoming Christmas albums.

This book gets so many points for talking about how Europeans kidnapped Squanto as part of the slave trade way before the Pilgrims mooched off of him. Good jumping off point for interrogating Squanto’s accepted historical narrative (he maybe later sold his tribe out, but perhaps not?).

A nineteenth-century letter-writing campaign is why we have a federally recognized modern Thanksgiving tradition. Read a fair biography of the forgotten lady who just would not stop pestering the executive branch until she was heard.

Growing up in the Midwest, we were all about the Illiniwek. But my last college Thanksgiving, I rented a car and drove to Plimoth Plantation instead of going home. There, I finally learned about the Wampanoag. I guess what I’m saying is, get this book if you want your kids to come home during Thanksgiving break.