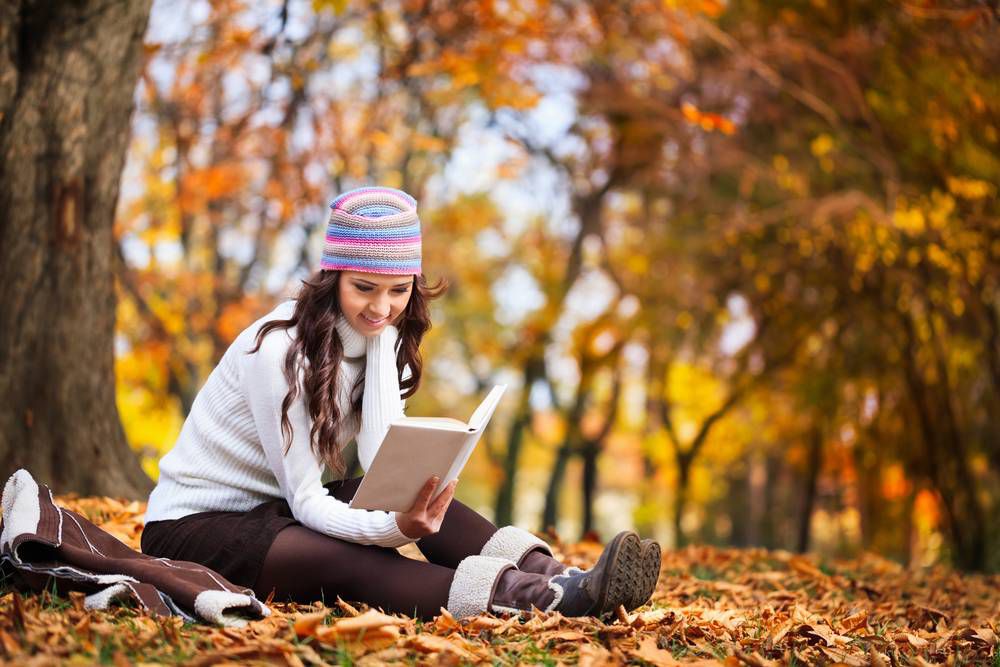 Who doesn’t love a good superhero? Supervillains, that’s who. If you, like me, are not a supervillain, superheroes can be inspiring and comforting. Now when the world seems more and more precarious, I find myself drawn more and more to people doing all they can to make it better and the ones dropped into situations, with abilities they don’t understand and threats that are beyond them, who aren’t quite sure if the hero life is the one for them.  Times of social and political upheaval (“upheaval” doesn’t seem a strong enough word for what’s going on right now) have borne many of our favorite superheroes, and I’d wager that the coming years will birth many more. But here are seven books to try if you’re in need of some superheroics to inspire you or just give you something else to think about. 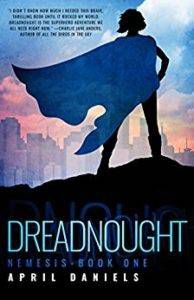 Dreadnought by April Daniels: Danny Tozer has always known she’s a girl, but it’s not until Dreadnought, world’s greatest superhero, dies in front of her that her body becomes what she’s always known it should be (with the added bonus of superpowers!) While Danny’s thrilled, others aren’t as excited. Her father’s insistent on reversing her transformation, her best friend is suddenly determined to date her, and not even the superheroes she’s long admired are as accepting of a trans Dreadnought as Danny expected. To make matters worse, Dreadnought’s killer still lingers.

The Regional Office is Under Attack! by Manuel Gonzales: When the Regional Office, tasked with foiling evil plots and home to superpowered lady assassins, comes under siege, two women clash in their efforts to annihilate and defend it. Sarah, whose mechanical arm has made her infamous, is loyal to the Regional Office. Meanwhile Rose has defected and leads the attack to destroy the organization. It’s got secrets, conspiracies, maybe-dead-but-likely-not operatives and is a super fun time. I can’t say it’s a totally optimistic read (is the Regional Office really what it seems?), but it’s got secrets and conspiracies, and is a super fun time. And the mechanical arm? Really, really cool. 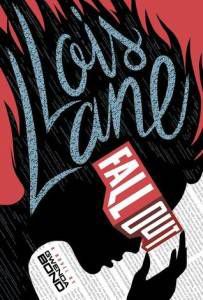 Lois Lane: Fallout by Gwenda Bond: So Lois Lane isn’t technically a superhero, but…she is technically Lois freaking Lane–dogged journalist and romantic partner of Superman. As far as Gwenda Bond’s series starter goes, it perfectly captures Lois’ brash but persistent goodness. In the first book, Lois is new to Metropolis and her plans of going straight and narrow at her new school are upended when she finds one of her classmates is being relentlessly harassed by the extremely creepy (and creepily annoying) Warheads. With a new job at the Daily Planet, Lois sets out to unravel the Warheads’ inexplicable ability to mess with people’s minds, diving into virtual reality alongside her new friends and the secretive SmallvilleGuy (who you totally won’t recognize as Clark Kent). If you’re a die-hard Lois Lane fan, pick it up. If you’ve never heard of Lois Lane, pick it up–everyone needs and deserves Lois Lane. If you like Fallout, follow up with sequel Double Down, and preorder Triple Threat. 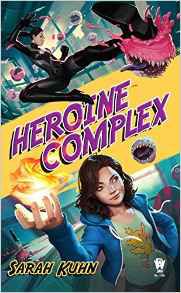 Heroine Complex by Sarah Kuhn: Evie Tanaka is best friend and personal assistant to Aveda Jupiter, San Francisco’s most famous superheroine. Despite her bestie’s increasingly outrageous demands, Evie takes comfort in being behind the scenes, where she has a unique handle on Aveda and her diva tendencies. Her own life, including taking care of her younger sister, isn’t nearly as manageable. When Evie agrees to take Aveda’s place in a public appearance, matters are complicated by a demon attack, and Evie’s own fiery superpowers draw unwanted attention. As Aveda’s diva behavior continues to grate, a new demonic threat emerges that will require Evie to take up her own superhero mantle to defend herself, her city and her best friend. It’s a cute, and often funny (and at times, sexy) story of a young woman coming into her own. With demons. And keep an eye out for the sequel, Heroine Worship, out this summer. 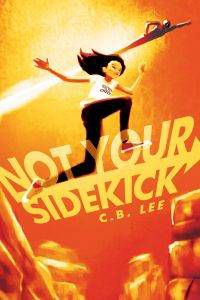 Not Your Sidekick by CB Lee: Jess Tran has resigned herself to never having superpowers like her parents, but she still has to prep for college. Which means an internship with her parents’ nemesis and Andover’s worst supervillain. It also means working alongside her long-time crush Abby who may have some secrets of her own (which likely have something to do with why she and the mysterious, body armor-clad “M” are never in the same place at once). Sidekick has fun embracing superhero tropes, and Jess, and the roster of supporting characters, are sweet and endearing. 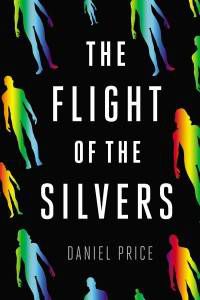 The Flight of the Silvers by Daniel Price: When the world comes to a sudden end, the Given sisters are saved only by silver bracelets gifted to them by mysterious strangers. When they awaken it’s in an alternate timeline, where the world looks very different after the discovery of temporal energy. Now the Givens, joined by four others, possess incredible powers and embark on a cross-country journey to find the one man who may be able to help them. Think Heroes (season one), with all the timebending confusions and intricacies, cool abilities, and a determined serial killer. It’s not a quick read by any means (it’s long, very long), but the many questions posed and the superpowered adventure will keep you turning the pages. As will the clash of characters, suddenly forced to rely on and protect one another, when they have no idea what they’re doing. The sequel, The Song of the Orphans, is due out in July. 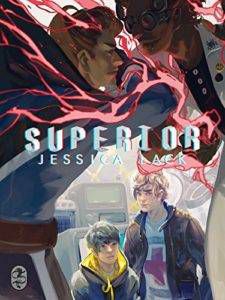 Superior by Jessica Lack: A short (and sweet) story from The Book Smugglers about Jamie, unpaid intern for Captain Superior, who falls for supervillain’s apprentice Tad. Jamie spends most of his time being kidnapped by Captain Superior’s enemies, and it’s during one of these kidnappings that he and Tad meet. Seeing that Jamie is woefully underprepared in the self-defense department, Tad offers him lessons. Hilarity, flirting, and cuteness ensues (seriously, if you don’t grin uncontrollably while reading this, you might be a supervillain). But Jamie and Tad’s budding relationship is threatened by a secret Tad keeps, one that threatens all Jamie knows about Captain Superior.