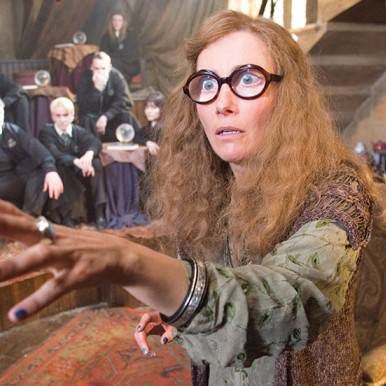 I woke up on Friday with incredible news in my inbox: J.K. Rowling announced the new wizarding world play she has in the works is called Harry Potter and the Cursed Child. As a massive Potterhead, I am beyond excited – but dear J.K. left a lot to be speculated by our fandom. The Daily Mail has reported that the story will focus on the story of Harry’s parents, but J.K. Rowling has shattered a few of our dreams by tweeting (many, many times) that the play is not a prequel. However, we can dream that the play will give us some closure to so many things we have wondered over the years. So here is a list of seven things I would like to know about the Harry Potter universe (and some of them are about the ‘before Harry Potter’ period, even though J.K. said it’s not a prequel – I don’t see why she couldn’t dig into all this even if it’s not!).

As all Harry Potter fans, I was horrified to learn that James Potter was actually a bully, who left one of his victims (Snape) pretty much scarred for his entire life. However horrifying this was, I think it was very interesting to see a father in that way – our parents aren’t perfect, even though we often idolize them when we are children. We don’t know much about James and how he and Lily got together, so I would love to know how he actually got to be a better person. Did Lily help? Did he go through some kind of emotional journey? Did Lupin give him a wake up call?

There is so much I need to know about the Marauders, but I feel this could be the most interesting era to know about. After all, their post-Hogwarts life can present us key facts about the wizarding world in general: is there some kind of university wizards go to? That was never really clear in the books. What kind of jobs did they go for and how did they get them? Did they also go through a twenty-something crisis like I have gone through recently? Where did they live? Was Sirius a total hipster and did Lupin struggle to keep his double-werewolf-life a secret from employers? And how – please, I need and explanation – did none of them suspect Pettigrew was in cahoots with Voldemort?

Okay, I get that Snape was in love with Lily his whole life and that’s why he was forever alone, but I need more. Snape is such a complex character that I just cannot imagine him sulking in his room since he left Hogwarts. Did he and Lily meet up to hang out sometimes? Did he ever tell her how he felt? Did he ever attempt to date anyone else or did he just give up on life? And why – WHY – did no one ever suggest he get therapy? (Side-question: do wizards have therapy or any kind of self-improvement methods for all the people who got PTSD after the Battle of Hogwarts?)

4. How does the Veil work and why does the Ministry of Magic have it?

When Sirius Black died, I really could not grasp that he was gone because of how he died. he just fell through the Veil in the Death Chamber and that was it. There was no further explanation of what the Veil really is or why the Ministry of Magic have it, it’s just a barrier between the land of the living and the land of the dead. But why is it there? How did it get there? Since J.K. Rowling’s world is so detailed, I am 100% sure she has thought up a whole backstory to this mysterious magical object.

5. Dumbledore and the Mirror of Erised

When we first meet Dumbledore and deal with his eccentricities, we have no idea he has such a pained background. We only really learned he had siblings (ones he made suffer, at that) in the very last book. Of course, once we know all this we imagine that when he saw himself in the Mirror of Erised he did not see himself in awesome socks, but he saw his sister alive and well. But still, it would be nice to know more about this desire and to know for sure that this is what he dreamt of.

We are never told much about Regulus Arcturo Black, but I think it must be a fascinating story. How does one go from Death Eater to losing his life to defy Voldemort? His reasons are vaguely explained: he started to panic when Voldy asked him to kill people and when he discovered the Horcruxes. But surely he knew Voldemort was a genocidal madman before he joined? What was the deal breaker?

7. Did Hagrid ever find love?

Rowling implies that Hagrid has a romantic interest in the fifth book, but she never really goes into it again. I was very disappointed that Hagrid was only mentioned in passing in the epilogue – did he ever find love? He was always very lonely in his hut. I just want to know if he found a life partner!

What about you? What would you like to know?