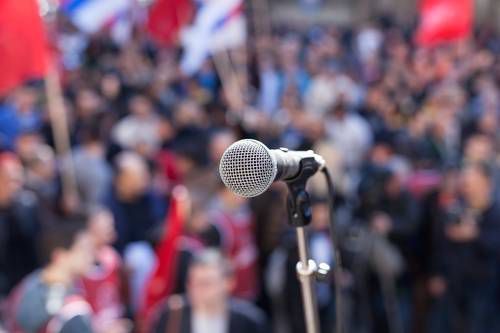 Election season can be overwhelming and this one is no exception. I love following politics but I also hate the amount of nonsense, half-truths, and outright lies that are repeated by all sides during this process. I find myself yearning for something both entertaining and informative, as well as something SILENT (so many angry voices all the time!). Few things meet these needs better than a graphic novel. While this is by no means a comprehensive list, here are a few graphic works that touch on important topics in this election. 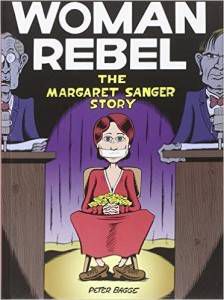 When I first chose this title for the list, I was simply looking for any graphic novel about reproductive rights. It didn’t take long for me to realize, however, that many of the themes in birth control advocate Margaret Sanger’s life are still issues today. Woman Rebel is a perfect illustration of how so-called “women’s issues”  aren’t separate from the issues facing every American: differing standards of health care for wealthy and non-wealthy families, activists being silenced by police, political, and religious authorities, and, of course, the fight to offer accurate, science based sex and health education to all. When a candidate for president suggests women should be punished for having abortions, a little reminder about the repercussions of those policies are certainly in order. Bagge’s fun, colorful illustrations make the more ominous themes a little easier to swallow. 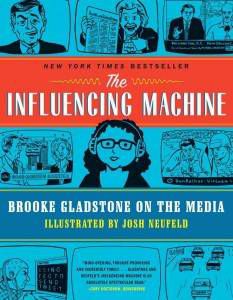 There are many confounding things about the candidacy of Donald Trump but one of the most interesting is the way he’s been able to dominate the media with surprisingly effective results.

In this illustrated history of the media, NPR’s Brooke Gladstone takes the reader through two decades of media history offering insight into the rise of social media as well as the changes undergone in “traditional” media (print, radio, etc.). While Gladstone puts a somewhat positive spin on the 2012 (when the book was published) media landscape, “we’ve been here before: the incivility, the inanities, the obsessions, the broken business models. In fact, it’s been far worse and the Republic survives” one has to wonder if her optimism holds in 2016. 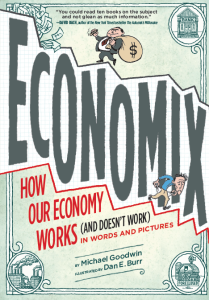 Economix: How Our Economy Works (and Doesn’t Work) by Michael Goodwin, illustrated by Dan E. Burr

My senior year in high school, I was tricked into taking an Economic elective because it was taught by my favorite teacher. Ms. G can teach me anything, I thought. I was wrong. When it comes to pretty much any word uttered on the NPR show Marketplace, I just don’t understand. And yet, it’s more important  than ever that I, and others, start figuring out the fundamentals of our economy. One of the many things Economix does brilliantly is put our economy (up to 2012, when the book was published) into historical context. From “The Invisible Hand” through “The World Today (2001 and onward)” Goodwin and Burr tell a story: one in which the economy is the protagonist. That, I can understand. Add a healthy dose of funny illustrations and Economix is a winner. 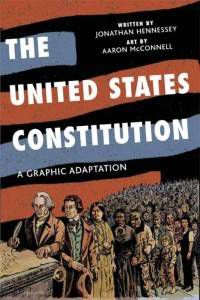 The US Constitution: A Graphic Adaptation by Jonathan Hennessey, Illustrated by Aaron McConnell

Before Lin Manuel-Miranda was making Hamilton cool, Jonathan Hennessey and Aaron McConnell were turning the creation of the United States Constitution into an exciting (and informative!) graphic novel. Using a combination of the Constitution’s language and fictionalized dialogue this graphic novel feels more like a reenactment of how the Constitution came to be. Even folks who consider themselves well-versed in the basics of the constitution might find themselves learning interesting tidbits. It’s not just interesting trivia, though. As Khizr Khan so effectively demonstrated at the Democratic National Convention, it’s our duty as citizens to have a solid understanding of this all-important document. It’s nice, then, that Hennessey and McConnell made it so fun. 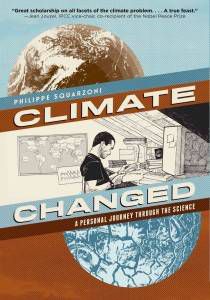 Climate Changed: A Personal Journey Through the Science by Phillipe Squarzoni

Look, I never said this would be fun, exactly, I said you’d learn important stuff. The author himself describes how he began investigating the science behind climate change. “I’m finishing up my latest political graphic novel… I have one thing left to cover: the [French] government’s environmental policies. I don’t really know a whole lot about environmental issues. But I start to scratch the surface. And what I find isn’t great.” So begins the journey that takes Squarzoni through the climate science that confirms our darkest fears: climate change is real and it’s happening right now. The stark illustrations and often poetic prose underscore the haunting implications of this reality. 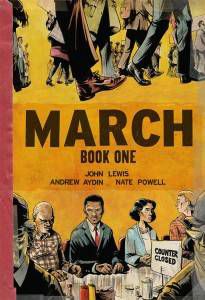 Congressman John Lewis has been an American hero long before he was staging a sit-in to demanding a vote on the “no fly, no buy” gun legislation. In the first of this trilogy, we are introduced to John Lewis as a young boy in Alabama. After a meeting with Martin Luther King Jr., Lewis begins a life of civil rights activism, starting with the de-segregationist Nashville Student Movement. From the recent destruction of the Voting Rights Act to the fraught race relations in the country, March Books 1 and 2 are fascinating and sadly prescient stories every North American should know. (March Book 3 was released 8/2). 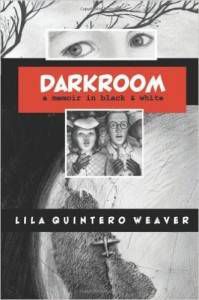 Darkroom: A Memoir in Black and White by Lila Quintero Weaver

Lila was 5 years-old in 1961, when her family moved from Buenos Aires, Argentina to Marion, Alabama. As middle-class Latinx immigrants, Lila and her family occupied a sort of liminal space in a segregated state. Lila simultaneously grapples with her place in a bitter fight over race relations as well as her own, personal journey of being an immigrant. Weaver’s sharp insights on everything from North American standards of beauty, the immigrant experience, and race relations are welcome in an election year where we could use more nuanced discussion on these subjects.