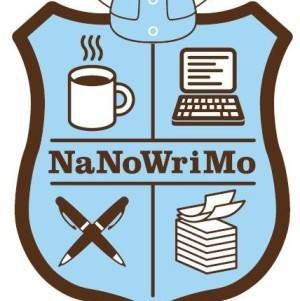 This is a guest post by Beth Bartlett, Freelance writer and humorist Beth Bartlett keeps busy with her award-winning Wisecrack Zodiac newspaper column, guest blogging at Comediva and writing book reviews at her own site, www.plaidearthworm.com. Follow her on Twitter @plaidearthworm 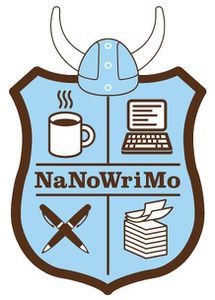 National Novel Writing Month lures in people around the world with the crazy thought they can whip up 50,000 words in 30 days, often with the aid of caffeine, chocolate and sleep deprivation. The nearly-instant novel isn’t a new idea, however; seven classic authors pulled it off. Consider them NaNo hipsters, because they did it before anyone else thought about it.

Mark Twain, aka Samuel Clemens, wrote to inspire, educate and tell a few truths. In 1893, he wrote Pudd’nhead Wilson just for the cash, racking up 60,000 words in 32 days. While technically he missed the 30-day mark, he likely had his 50K goal by the 30th day so he would have earned his “Winner” badge. Bragging rights didn’t mean much to Twain, who needed the money after his publishing company went belly up. His ironic tale of infants switched at birth landed him $6,500 and gave a much-needed bump to his writing career.

While Twain wrote to get paid, Ray Bradbury paid to write. Many writers dream of escaping their family, but he followed through just to get some work done. The UCLA library offered typewriters for rent, ten cents for every 30 minutes; an irresistible deal for a man with a red-hot story. Bradbury loaded up on dimes and wrote “The Fireman” in nine days, ten cents at a time. His 25,000-word short story was published in a magazine, expanded to 50,000 words and published again as the classic novel Fahrenheit 451.

Compared to Bradbury, the young Arthur Conan Doyle seemed positively leisurely in writing the first Sherlock Holmes adventure, “A Study in Scarlet,” in three weeks. After enough rejections to soften any stiff upper lip, he finally sold the manuscript for £25 to Beeton’s Christmas Annual in 1887, and it was published as a book the following year.

Another three-week alumni is Jack Kerouac. His road trip masterpiece On the Road percolated in his mind for years after traveling with friends in the 1940s, and finally burst into reality in April 1951. Legend has it that Kerouac was on more than just espresso and Godiva when he wrote the manuscript. Partly because it only took three weeks, but also because he typed it in one massive, single-spaced paragraph on eight sheets of paper, which was later sealed together into an ersatz scroll.

Robert Louis Stevenson shortened Kerouac’s time by two-thirds, churning out Dr. Jekyll and Mr. Hyde in six days while under the pall of tuberculosis and the influence of cocaine in 1885. (It’s okay, he had a prescription.) Truth be told, the first draft was finished in three days. Stevenson wrote 10,000 words a day and wrapped up the story in the same time it takes the rest of us to unwind during Labor Day Weekend. His wife disapproved of the story and its monster, which came to Stevenson during a medically (ahem) influenced dream. She grabbed the manuscript and tossed it in the fireplace, so the author hand-wrote the entire book again from memory in another three days, bringing his word count up to 60,000 words in six days. The story about the good doctor and his alter ego was printed mere weeks later and became so popular, pirated versions popped up in the U.S. and other countries.

Every experienced NaNo-er can wax poetic about the importance of preparation. Plotting, character development and outlining can be an important part of meeting that 30-day deadline. Who else can tell you about that? Agatha Christie, if she was still around. She stated in her autobiography that while she thought about novels for years and jotted notes in her notebooks, sometimes it all “fell into place.” One of those moments happened when Christie wrote the book Absent in the Spring in just three days. At the end, she admitted to being completely spent and indulged in another NaNo tradition: sleeping for 24 hours straight.

Can anyone beat three days? There’s only one: Isaac Asimov. His New York Times obituary stated that Asimov wrote a children’s book in one day, and that Murder at the A.B.A. took seven weeks to write. Considering his lifetime output was approximately 500 books, he wrote seven days a week, and his books were estimated to an average of 70,000 words each, it’s safe to say that Asimov would have probably beat the collective NaNoWriMo output of a medium-sized town in 30 days.

Winner? Forget that. Hail to the king, baby.