When you crack open a book, you generally know what you’re getting yourself into, format wise. A story divided into chapters made of indented paragraphs, dialogue, and a mixed bag of long description and short, punchy text to keep things interesting and easy on the eyes. It’s a formula that works and lets us sink into the story like sinking into your favorite reading chair.

And then another kind of novel comes along.

A rebel. A do-what-it-wants, no-apologies tour de force that sees your traditional book formatting and laughs, laughs in the face of such conventionality. It wants you unsettled from page one, balancing on your tiptoes as you try to make sense of this narrative because it’s just all over the place and totally disregarding real paragraphs and third-person POV and what is it doing now?

That sounds like the opposite of a good time, you think. But hold on a second. What you lose with the absence of an easy, traditional format, you gain from the experience of reading such a piece. These unusually crafted novels are meant to be read carefully, sipped slowly and savored like a fine wine. These kind of novels work magic on you, the reader who is patient enough—and bold enough—to take them on.

Here are 7 novels with unusual and unconventional narrative formats. 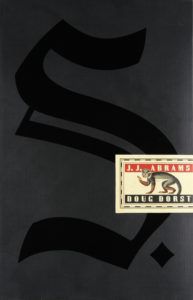 Ship of Theseus by J.J. Abrams and Doug Dorst

S. is a beautiful, maddening treasure hunt of a novel of a novel that lands in the hands of two college students who try to study it and uncover its mysteries, and that of the novelist who wrote it. There’s Straka’s novel…and then there’s Jen and Eric’s notes scribbled in the margins, postcards, newspaper clippings, and letters hidden between the pages (which are just freaking delightful to come across as you turn the pages). 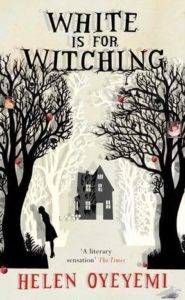 Four generations of Silver women have lived inside the house in Dover, England, and it is heavy with secrets, mysteries, disorders, and legacies. So heavy that the house itself is one of the three narrators, and sometimes you’re not quite sure whether it’s a person telling you the story…or the house. Oyeyemi’s second novel is a modern Gothic classic, and she plays with form and structure in some beautiful ways. 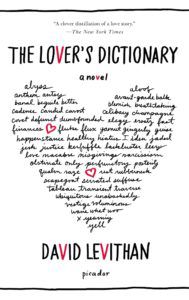 This chronicle of a romantic relationship is constructed entirely of dictionary entries, with short bursts and snapshots of moments in their relationship as the definition to each word, spelling out the lifespan of a courtship. In alphabetical order, of course.

This entire novel takes place over the span of sixty seconds. The sixty seconds it takes for Will to decide whether he’s going to shoot his brother’s killer or not. But Will might not know the whole story, and he gets his chance during the long ride down the elevator to get his revenge. Reynolds uses free verse poetry to tell the story, and the unusual choice gives the narrative a heart pounding urgency that moves you along at the speed it takes to make a life altering decision within sixty seconds. 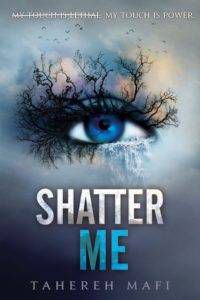 An incredibly, deadly power has left Juliette at the mercy of a governing body that wants to use her like a weapon while the world falls down around their ears. Mafi’s dystopian novel isn’t just in first person—it’s inside Juliette’s head, an intimate look at the shape and chaotic nature of her thoughts as she reacts to her environment and the trauma she’s been through. It’s Faulkner’s stream of consciousness writing style dialed to eleven as Juliette frantically crosses out the thoughts she doesn’t want to think but they come out, anyway, foregoing form in favor of remaining true to how the character processes reality. 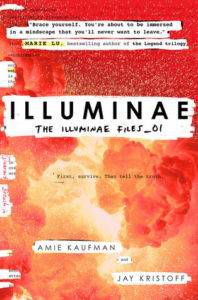 Kady’s breakup feels like the worst thing in the world until her planet is invaded on the same day. Two megacorporation’s fight over the fate of her planet, she’s forced to evacuate, a plague breaks out, and no one is telling anyone the truth, so Kady has to hack her way to it…with the help of that newly made ex-boyfriend. This sci fi novel is told through those hacked documents: emails, maps, medical reports, interviews, doling out delicious tidbits of information as you read.

No list of unconventional formatting would be complete without this masterpiece of a horror novel. This haunting is chronicled through footnotes, long asides, words in the margin, whole pages with a single word or maybe a sentence written sideways, and then pages with ink filling all the available space. House of Leaves is not easy on you, but it’s a very effective way to build suspense as the family in the novel realizes that their house is growing bigger, but only on the inside.