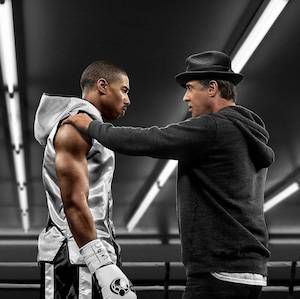 For a pacifist, I love punching a whole lot — in books and movies, that is. And since I grew up watching Rocky-franchise reruns, it was inevitable that I would go see Creed. Which you should go see immediately, because it is GREAT. Run, do not walk, to your local theater. (For the record, I saw it with a friend who had never seen a single Rocky movie and she loved it, so do not be afraid if you didn’t spend your pre-adolescent summers singing “Eye of the Tiger” whilst triumphantly jogging up and down your front steps.)

Then, once you’ve seen it, go to your nearest book emporium and grab yourself some reading material! 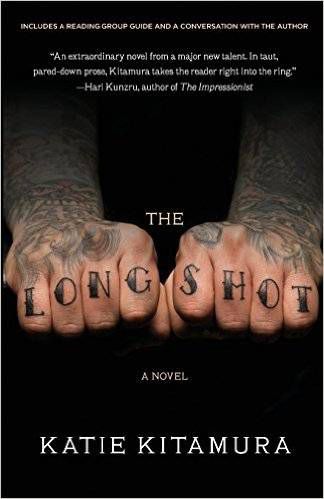 The Longshot, Katie Kitamura: This was the first book I thought of, and is basically the inspiration for this post. I’ve been in love with this book for years. The main character, Cal, is a mixed martial arts fighter who is facing the end of his career. He’s headed to Mexico for an epic rematch, and he and his manager both have serious doubts about the fight. The book takes place over three days, and Kitamura portrays beautifully both the physical and mental realities of violence, sports, and their intersection.

Serenity: A Boxing Memoir, Ralph Wiley: Years of writing for Sports Illustrated and ESPN gave Ralph Wiley plenty of material for a collection of essays on boxing. Full of excellent writing on the ring itself, Serenity also delves into the wherefore’s and why’s of the boxing world. What compels someone to put on gloves? What influences a fight, or the rise and fall of an individual fighter? What do you bring to it as an observer? Wiley doesn’t shy away from looking at the hard truths of the boxing world, especially the impact of race.

Tigerman, Nick Harkaway: Creed is about finding a new family when you think you’ve lost the one you were born with, and so is Tigerman. And you think you cried at the end of the movie — just you wait. Our hero Lester Ferris, a British veteran, is supposed to be quietly retired in a do-nothing post on the island of Mancreu. He’s found some friends, including a young local boy, and dreams of nothing more than continued quiet and the occasional cup of tea. But that is not what’s in store for him. Harkaway is a writer who writes incredible action sequences, blow by blow and step by step, as well as deeply emotional material. It’s a heartbreaker of a hero-by-necessity story, friends. 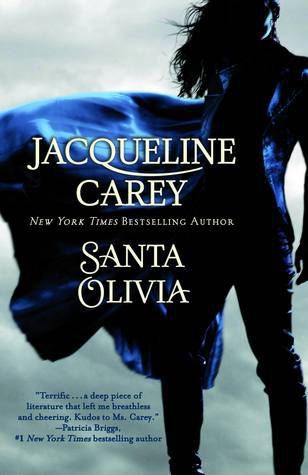 Santa Olivia, Jacqueline Carey: How about some boxing pseudo-werewolves, eh? Eh?? Because that is what Carey serves up in this first of a duology. Loup Garron is the daughter of a genetically-manipulated fugitive, and her life is far from easy because of it. (Daddy issues, just like Donnie!) Her inherited powers set her apart, but she’s doing her best to use them for good. When she comes to the attention of the local powers-that-be her life gets that much harder, and when she enters the ring a lot more than her own life is on the line.

Thrown, Kerry Howley: I confess that I am more interested in MMA than boxing in general, although they do have many similarities. And Howley is a woman after my own heart: a philosophy grad student who gets tired of the ivory tower, she becomes part of the support teams of two cage fighters. Over the course of three years she sees them in and out of the ring, and her essays in Thrown chronicle that time, their lives, and her own obsessions with and observations of the lifestyle of the mixed martial artist. And in much the same way that Creed doesn’t hesitate to remind us of the gore and muck of the boxing ring, Howley doesn’t pull any punches (SORRY NOT SORRY) when it comes to depicting the grisly realities of the octagon.

No Good Duke Goes Unpunished, Sarah MacLean: If you loved the relationship between Tessa Thompson and Michael B. Jordan in Creed as much as I did (I give it four out of 5 hearts and really my only objection is that Tessa didn’t get enough scenes in the last third of the movie), then you need to pick this one up. Our heroine is living incognito after having fled an unwanted marriage by faking her own death; our hero is the man blamed for her murder, who rules over an underground boxing ring. He mostly solves his problems with his fists, but when she resurfaces in his life he can’t exactly punch his way out of it. Mild spoiler: this book contains sexytimes IN A BOXING RING.

2 A.M. at The Cat’s Pajamas, Marie-Helene Bertino: Speaking of Tessa Thompson, if you were intrigued by the brief glimpse we got of the music scene in Philadelphia (or even just the beautiful portrayal of Philly), add 2. AM. at The Cat’s Pajamas to your list. The whole novel revolves around a legendary jazz club that is facing closure, a nine-year-old determined to sing on-stage, and the streets of of Philadelphia. Bonus: this is the right time to read it, as it takes place on Christmas Eve! 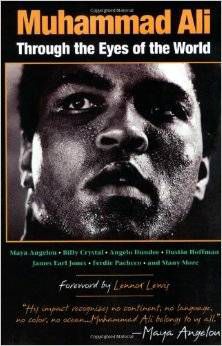 Muhammad Ali: Through the Eyes of the World, edited by Mark Collings, foreword by Lennox Lewis: No Creed reading list worth its salt should neglect Muhammad Ali, as he was the inspiration for our man Apollo Creed. This book collects fifty interviews with the men and women around and inspired by “The Greatest.” Whether they’re from his inner circle like his daughter Hana and his trainer Angelo Dundee, or notables like Lennox Lewis, Maya Angelou, James Earl Jones, and BB King, the reminiscences, theories, and thoughts (often opposing) are fascinating. If you’re a fan, this book sheds new light; if you know nothing, you’ll be sucked in by this complicated, ground-breaking man’s life before you know it. Bonus: if you prefer to view your interviews rather than read them, there’s a documentary version!

These are just the tip of the iceberg; what else is on your “sweet science” list, folks?