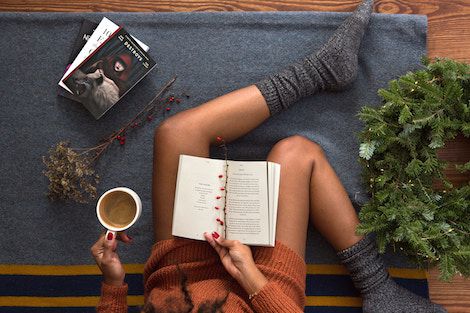 If you love reading as well as books, then what better way to brighten up your life than delving into really good books about books? 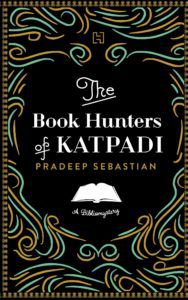 One of the more recent books about books that has caught my attention is Pradeep Sebastian’s The Book Hunters of Katpadi. A Bibliomystery. Neelambari Adigal is the proprietor of Biblio, a bookstore in Chennai that specializes in rare Indian first editions. Together with her associate, Kayal, Neelambari finds herself in the center of a book mystery with as many layers as there are pages in the rare editions she collects and sells. The Book Hunters of Katpadi is one of the first bibliomysteries to be published in India and, even though it came out as late as last year, is already being hailed as a classic in the genre.

Another novel about a book collector is Arturo Perez-Reverte’s The Club Dumas, translated from Spanish by Sonia Soto. The Club Dumas follows the adventures of book detective Lucas Corso, who finds himself embroiled in the deepest form of intrigue when asked to authenticate a fragment of what is believed to be Alexander Dumas’s original manuscript of The Three Musketeers. The Club Dumas weaves a dense tale where bibliophiles and devil worshipers cross paths while chasing after the Dumas’s fragment. 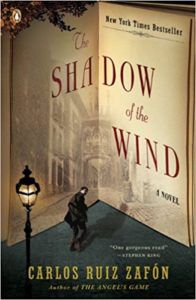 Also translated from Spanish is Carlos Ruiz Zafón’s The Shadow of the Wind, brought to us in English by translator Lucia Graves. It can be argued that the main character of The Shadow of the Wind is not Daniel Sempere, the son of a widowed bookstore owner, or any of the other colorful characters he encounters during his adventures, but rather the book that has given this novel its title–The Shadow of the Wind written by the fictional fiction writer Julián Carax, whose dead body was found dumped in a Barcelona alley in 1936. As Daniel dives into the mystery surrounding Carax and his novel, the story begins to unfold as a page-turner, in and of itself.

If we linger by the shores of the Mediterranean, Geraldine Brook’s best-selling novel People of the Book becomes the obvious choice for books about books. A novel where bibliomystery meets historical fiction, the story of People of the Book revolves around a real-life medieval manuscript called The Sarajevo Haggadah, created in fourteenth-century Spain and now kept at the National Museum of Bosnia and Herzegovina in Sarajevo. People of the Book follows the adventures of Australian rare-book expert Hanna Heath as she solves a mystery based on the clues she discovers in the binding of The Sarajevo Haggadah. 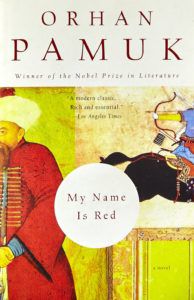 Further east in the Mediterranean, we arrive in Turkey where Orhan Pamuk’s My Name is Red takes place. Set in the seventeenth-century royal court in Istanbul, the Ottoman Sultan commissions a manuscript to celebrate the glory of the Ottoman Empire. There is only one catch. The Sultan wants the manuscript to be illuminated in the European style, which means it needs to include figurative art, to some considered an affront to Islam. The story, translated to English by Erdağ M. Göknar, takes a sharp turn when one of the miniaturists working on the manuscript mysteriously disappears.

Continuing in the seventeenth century, Ross King’s Ex Libris starts in London and takes us across the European continent as we follow English bookseller and antiquarian Isaac Inchbold through a world ravaged by war and religious tensions. Believing that he is searching for a lost manuscript, Inchbold soon realizes that there is much more that lies hidden between the covers of what turns out to be the book of his own life’s story.

A bit closer to home is the final title to be included in this table of bibliomystery content, namely Charles Goodrum’s Dewey Decimated. Modeled on the Library of Congress, Dewey Decimated takes place at the fictional research library Werner-Bok where an illiterate cop and three extra-literate librarians must work together to solve a mystery that involves fraud, forgery, and murder.