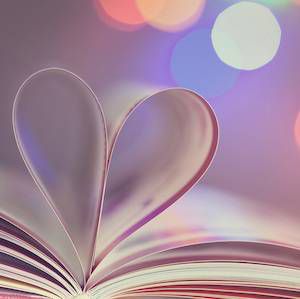 This Riot Recommendation is sponsored by The Devil Takes a Bride by Julia London. 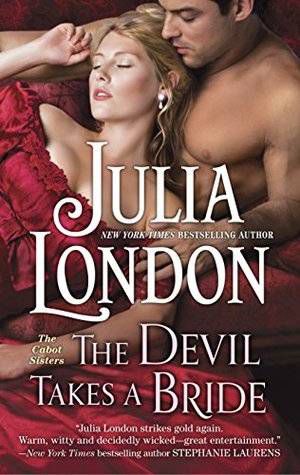 A plan born of desperation…

Once the toast of society, Grace Cabot and her sisters now await the shame of losing high status and fine luxuries upon the death of the Earl of Beckington. The dire circumstances are inevitable unless, of course, Grace’s wicked plot to seduce a wealthy viscount into marriage goes off without a single hitch. But once a stolen embrace with the wrong man leads her to be discovered in the arms of Jeffrey, the Earl of Merryton, her plan takes a most unexpected—and scorching—twist.

…and altered by passion.

Governed by routine and ruled by duty, Jeffrey had no desire for a wife before he succumbed to Grace’s temptation. Though his golden-haired, in-name-only bride is the definition of disorder, he can’t resist wanting her in every way. But once her secrets meet his, society might consider their lives to be ruined beyond repair… while Jeffrey might just see it as a new beginning.

A central love story and a satisfying ending (heh)- that’s what it takes to make a romance novel. Romance can be chaste and sweet or sultry and steamy, modern or historical, supernatural or just-plain-natural (or any combination thereof), as long as the main characters struggle to be together and love wins the day.

We asked you what your favorite romance novels were and you weighed in. Here’s a nice, thick round-up of more than 65 of your favorite stories of love. There’s a little bit of everything from your traditional romance novel to YA novels packed with romantic vibes.

On the Edge by Ilona Andrews

The Madness of Lord Ian MacKenzie by Jennifer Ashley

Ransom My Heart by Meg Cabot

Lord of Scoundrels by Loretta Chase

A Lady By Midnight by Tessa Dare

A Knight in Shining Armor by Jude Deveraux

Halfway to the Grave by Jeaniene Frost

On the Island by Tracey Garvis-Graves

The Grand Sophy by Georgette Heyer

These Old Shades by Georgette Heyer

Rough and Ready by Sandra Hill

A Duke of Her Own by Eloisa James

Something About You by Julie James

The Far Pavillions by MM Kaye

The Witch of Cologne by Tobsha Learner

The Windflower by Laura London

Never Judge a Lady by her Cover by Sarah MacLean

One Good Earl Deserves a Lover by Sarah MacLean

Dare You To by Katie McGarry

How Stella Got Her Groove Back by Terry McMillan

Kingdom of Dreams by Judith McNaught

Gone With the Wind by Margeret Mitchell

Me Before You by Jo Jo Moyes

Anna and the French Kiss series by Stephanie Perkins

The Bridgertons by Julia Quinn

Olivia and Jai by Rebecca Ryman

Undeniably Yours by Shannon Stacey

Yours to Keep by Shannon Stacey

Flame and the Flower by Kathleen Woodiwess