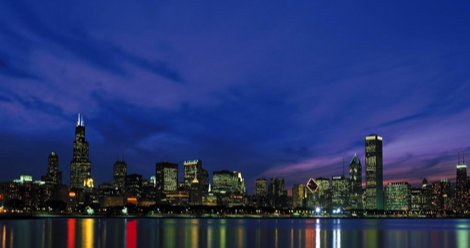 As the previous Literary Tourism on Chicago said, “Chicago is famously a city of neighborhoods.” That piece highlighted a lot of central and fantastic places and things to do in literary Chicago. I’m going to try and focus now on the less known and visited landmarks that reside in residential neighborhoods with the same grit and community that Chicago is so well known for.

By all means, go to the Printer’s Row Fest and go bookstore-hopping, but if you want to jump on a train and go someplace new, visit some attractions that have only popped up recently, or that aren’t on many tourists’ maps, follow my guide to some real Chicago treasures.

The first national museum dedicated to our country’s writers was opened on May 16 of this year in Chicago at 180 N. Michigan. Permanent exhibits include a 60-foot-long multi-layered wall that “takes visitors on a journey through the literary history of the United States,” featuring 100 authors that show “the development of the American voice.” Current temporary exhibits include “The Beat Journey: Jack Kerouac’s On the Road” and an immersive installation inspired by the life and works of W.S. Merwin, the Pulitzer Prize-winning poet and 2010 US Poet Laureate. 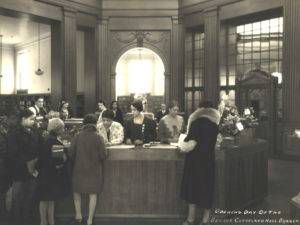 From the 1930s to 1950s, the George Cleveland Hall branch of the Chicago Public Library in Bronzeville served as a central meeting place for the Black Renaissance movement, guided by branch head Vivian Gordon Harsh. Writers such as Gwendolyn Brooks, Richard Wright, Langston Hughes, Zora Neale Hurston, Lorraine Hansberry, and more were frequent visitors. The branch still runs children’s programming that began in 1932, and the library receives over 10,000 visitors each month.

The Gerber/Hart Library and Archives

The Gerber/Hart Library and Archives was founded in 1981. The organization believes that knowledge is the key to dispelling homophobia, and is committed to acquiring, preserving, and disseminating materials that capture the culture and history of the LGBTQA+ community, with an emphasis on the Midwest communities. It is the largest LGBTQA+ circulating library in the Midwest, with over 14,000 volumes, 800 periodical titles, and 100 archival collections.

The gate is mentioned in Pynchon’s novel Against the Day, but it is most famous as the entrance to the Union Stock Yards, the famous Chicago meat packing district featured in Upton Sinclair’s haunting novel The Jungle, and alluded to in Sandburg’s “Chicago.” (Also noteworthy for fans of Neil Gaiman’s American Gods as where Czernobog would have killed cattle.) The arch of the original gate still stands in the neighborhood of Back of the Yards.

Are you a fan of Saul Bellow? He moved to Chicago from Canada at the age of nine, and while many know that he worked at the University of Chicago for many years, not many know that he grew up in Humboldt Park, in an apartment at 2629 W. Augusta. He set The Adventures of Augie March in the neighborhood as well. Walk by the Humboldt Park Lagoon and then head up to the new, gorgeous elevated park, the 606, that connects to Wicker Park, Logan Square, and Bucktown.

This one is a must-see both for historical, civil rights, and literary significance. In 1937, real-estate developer Carl Hansberry bought the house at 6140 S. Rhodes Ave, only to have his Woodlawn neighbors protest and throw a brick through the window. Hansberry brought his fight against the racist housing covenant meant to keep his family out of Woodlawn all the way to the Supreme Court, and won. Daughter Lorraine Hansberry would go on to write A Raisin in the Sun, making the house also a literary site. The house was granted landmark status in 2010 by the Chicago City Council.

“Stormy, husky, brawling, / City of the Big Shoulders…” At 4646 N. Hermitage in Ravenswood, on an otherwise ordinary residential side street, is a two-flat where Carl Sandburg wrote his famous poem “Chicago.” It has only a small little sign to acknowledge its huge literary significance. Sandberg didn’t live there for long, staying in the apartment during a brief stint for the Chicago Daily News, but the impact of “Chicago” reverberates all the way into the present.

For a trek into the suburbs, take a train out to the place where Ray Bradbury grew up. Bradbury set his 1957 novel Dandelion Wine in Green Town, Illinois, which is based heavily on his own childhood home. A group of Bradbury lovers are trying to get an old, beautiful library turned into a Bradbury museum, so look out for news on that front, but you can already get a guided walking tour based on Dandelion Wine.

While you’re in Hyde Park shopping at 57th Street Books, take the time to also stop by the Seminary Co-op, 57th Street Book’s partner store. It was once housed in the basement of a seminary on campus, and the adjoining café is a great and airy place to grab lunch.

In Wicker Park, when you’re done at Myopic, go check out Volumes Bookcafe, a relatively new but stunning bookstore that serves beer, wine, and coffee, and has cozy armchairs. 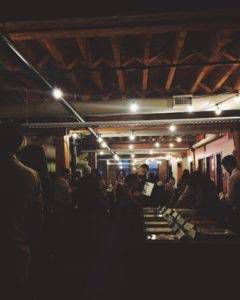 Just this month, I attended an event from the CLA called Night of 300 Books. I took home—as part of the event—a first edition of Native Son and a signed copy of The Illustrated Man by Ray Bradbury! The Chicago Literacy Alliance is an association of more than 100 organizations—including the awesome West Loop and Pilsen bookstore, Open Books—that is fighting for a 100% literacy rate in Chicago. Just that one night, they raised $24,000 towards their goals, and you could be part of that—and get some awesome bookish swag.

The Newberry Library was founded in 1887, and has a collection of more than 1.5 million books, 5 million manuscripts, and 500,000 historic maps. Its yearly book fair is full of gems, admission is free, and all funds go to the Newberry. Across the street in the square are the Bughouse Square Debates, a long-standing tradition where citizens give soapbox speeches amid good-natured heckling from their audiences—the person who gives the best speech gets a giant pickle trophy. This year the book fair is July 27–30, and will feature over 120,000 books in 70 categories, most of which will be priced under $3.

What are your favorite literary places to visit in Chicago? Share them in the comments.