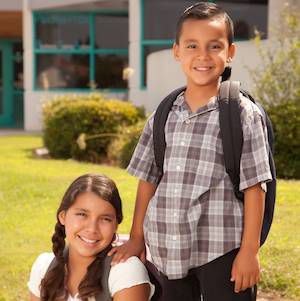 This Riot Recommendation is sponsored by Whiskey and Charlie by Annabel Smith.

First they were family.

Then they were strangers.

Now they are lost.

Whiskey and Charlie might have come from the same family, but they’d tell you two completely different stories about growing up. Whiskey is everything Charlie is not – bold, daring, carefree – and Charlie blames his twin brother for always stealing the limelight, always getting everything, always pushing Charlie back.

When they were just boys, the secret language they whispered back and forth over their crackly walkie-talkies connected them, in a way. The two-way alphabet (Alpha, Bravo, Charlie, Delta) became their code, their lifeline. But as the brothers grew up, they grew apart. By the time the twins reach adulthood, they barely even speak to each other.

When Charlie hears that Whiskey has been in a terrible accident and has slipped into a coma, he can’t make sense of it. Who is he without Whiskey? As days and weeks slip by and the chances of Whiskey recovering grow ever more slim, Charlie is forced to consider that he may never get to say all the things he wants to say.

Your siblings can be your best friends, your worst enemies, and/or some incomprehensible combination of both. They see you in the most mundane, most boring moments of your everyday childhood life, and in your most triumphant or most catastrophic. They often have an identical upbringing (though not always), but can turn out to be someone with whom you have little to nothing in common. To sum up: sibling relationships are complicated, which make them the perfect subject for fiction.

We asked you to share your favorite books about siblings, and you answered! Here are more than 60 of your favorites. You’ve got plenty of awesome reading to dig into here. Some of these books are about those sibling relationships and others simply feature a great — or not-so-great — siblingship:

Beezus and Ramona by Beverly Cleary

The Bride’s Necklace by Kat Martin

The Brothers Lionheart by Astrid Lindgren

Fall On Your Knees by Ann-Marie MacDonald

A Fist Full of Sky by Nina Kiriki Hoffman

From the Mixed-Up Files of Mrs. Basil E. Frankweiler by E. L. Konigsburg

I Love I Hate I Miss My Sister by Amelie Sarn

In Her Shoes by Jennifer Weiner

Instructions for a Heatwave by Maggie O’Farrell

The Kane Chronicles by Rick Riordan

One Crazy Summer and sequels by Rita Williams-Garcia

Opposite of Me by Sarrah Pekkanen

The Pain and The Great One by Judy Blume

The Piper’s Son by Melina Marchetta

The Rolling Stones by Robert Heinlein

Rushed to the Altar by Jane Feather

The Things a Brother Knows by Dana Reinhart

Tuesdays at the Castle by Jessica Day George

The Weird Sisters by Eleanor Brown

Wives and Daughters by Elizabeth Gaskell