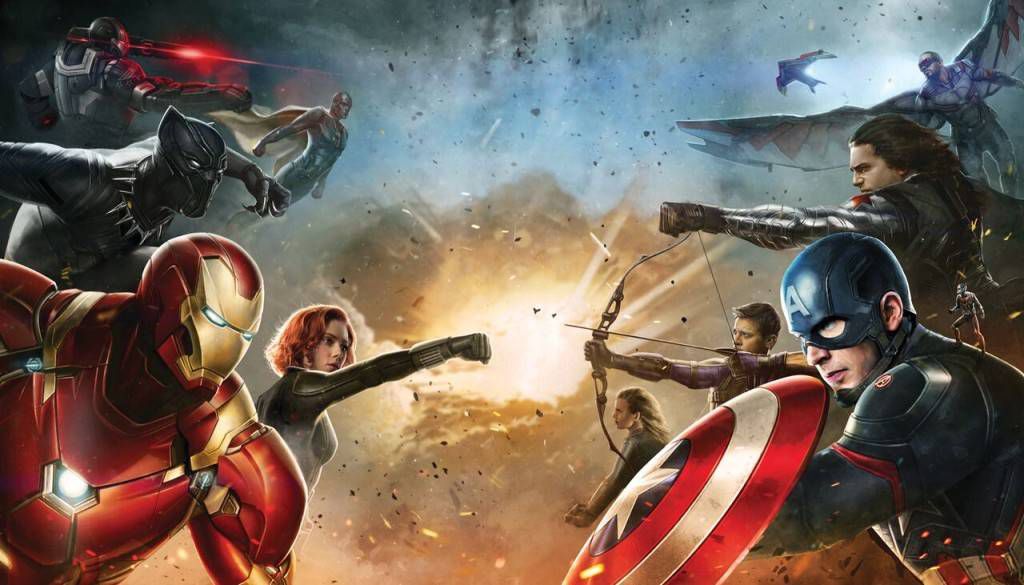 But why did I love the movie so much more than the book? Well, let me tell you…

(Oh, it should be obvious from the title, but here’s your obligatory spoiler warning for both the Civil War movie and original comic event.)

1. Registration made more sense in the MCU

In the original comic event, pressure for a Superhero Registration Act came after a battle between the New Warriors and villain Nitro in Stamford, CT, resulting in the accidental death of roughly 1,000 people, around 60 of whom were children. It was a massive tragedy, and it is understandable that there would have been calls for governmental action. But, I’m not sure that they would have centered on superhero registration. While the New Warriors made some mistakes (including bringing a camera crew along with them in the first place), it was Nitro—the guy they were trying to stop—who was responsible for the deaths. I can name a half dozen legislative responses that would have come before superhero registration, including a “tough on supervillains” crime bill and a war on drugs-style effort to bar access to Mutant Growth Hormone (which had increased Nitro’s powers unpredictably).

Superhero registration in the MCU, however, comes on the heels of multiple major incidents, at least one of which was directly attributable to the Avengers themselves. Without Tony Stark’s hubris, there would have been no Ultron, and by extension no destruction of Sokovia. Add to that operating across international boundaries without legal sanction and it’s obvious that the issue was going to come to a head sooner rather than later. The Sokovia Accords, which would have placed the Avengers under the aegis of the United Nations, was probably the least bad outcome.

One of the major flaws of comics Civil War was that Tony Stark was so obviously the enemy of the piece that it became very difficult to sympathize with the pro-registration side. It wasn’t just that Tony went way too far in fighting the Civil War, whether by creating a flawed clone of Thor to fight his battles or locking his opponents up in a prison in the Negative Zone; Tony also engaged in some evil mastermind plotting that would put Ozymandias from Watchmen to shame, including (but not limited to) hiring the Titanium Man to attack him as a means of delaying registration until a more personally convenient time, orchestrating a war with Atlantis to encourage anti-registration heroes to enlist in the war effort, and putting a failsafe in the Iron Spider suit just in case his good pal Peter ever disagreed with him on something. Oh, and he hired supervillains to bring in the anti-registration heroes. Basically, there’s no way you can read Civil War and still think of Tony as a hero.

Tony in the MCU Civil War, on the other hand, is a man who has been humbled by his own massive mistakes. He supports the Sokovia Accords because he realized he can no longer trust his own instincts and needs someone to tell him what he can and cannot do. It is a dramatic change from the Tony Stark we’ve seen before, but it makes sense in context. Tony makes additional mistakes along the line, especially by resorting to force against Cap instead of trying to convince his higher-ups to let Steve be the one to bring in Bucky, but at no point does Tony come off as the evil genius of the comics.

3. Captain America and his allies actually broke the law

Another great change in MCU Civil War was that Captain America and his allies did more than just fail to register: they actively interfered with the apprehension of a wanted criminal inside a foreign country. Captain America taking down German police to help Bucky escape was yet another international incident proving that maybe registration wasn’t a terrible idea. In comics Civil War, on the other hand, heroes were arrested—and tossed in a prison in the Negative Zone!—merely for failing to register. The response in MCU Civil War thus feels far more proportional.

Probably the most frequently raised issue with comics Civil War is that almost everyone is acting out of character, with many heroes shoehorned into a side they never really belonged in. (Spider-Man is the obvious example, but Reed Richards probably more egregious.) MCU Civil War largely avoids that problem by crafting teams around characters, rather than characters around teams. The only character I thought should be on the other side was Black Widow; especially after Captain America: Winter Soldier, I just didn’t believe Natasha would side with Tony over Steve. (Also, if Natasha were on the other side, it could have been Spider-Man who ended up letting Steve and Bucky go, which would have been both in character and a nice call back to comics Civil War.)

5. We got Black Panther rather than Penance

If you ask people what their favorite part of comics Civil War was, there’s a decent chance they’ll say Frontline, which follows reporters Ben Urich and Sally Floyd as they investigate what’s going on behind the scenes. Not so great, though, is the B-story running through Frontline: Speedball of the New Warriors, suffering from an epic case of survivor’s guilt, changes his name to Penance and adopts a uniform designed to keep himself in constant pain. It’s one of the low points of comics Civil War, and the movie is better by virtue of the word “Penance” never being uttered.

The only good thing that came out of Penance: this gag in the later Deadpool/GLI Summer Fun Spectacular.

In lieu of Penance, the MCU Civil War gave us Black Panther, who was incredibly awesome. Okay, you got me, Black Panther has absolutely nothing to do with Penance, but his presence elevated this movie, where Penance’s hurt comics Civil War. I just wanted to use that gif up there. Sue me.

6. The movie actually made me laugh

The thing that most surprised me about the MCU Civil War was just how fun and funny it was, even when heroes were beating down on each other. Whether it was Spider-Man’s quips, Natasha and Clint talking about how they’d still be friends when it was all over, or the absolutely hilarious Sam/Bucky dynamic, I was smiling or laughing through a good two-thirds of this movie. It was just a joy to watch.

Comics Civil War, on the other hand? It was a VERY SERIOUS event with VERY SERIOUS consequences. So… not so funny.