I honestly have no idea how I’m going to narrow this down to a reasonable amount of books. I have found fifty books minimum that I want in my hands right now. 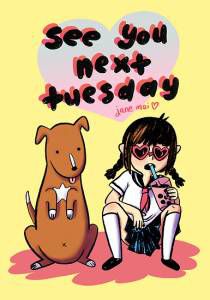 1) I immediately clicked this because of the title (I mean, come on).
2) While doing research, I went to Jane Mai’s website and found the BEST GIFS EVER.
3) I followed her on Twitter and read how she has been using pennies to pay for bus fare specifically because they told her that she couldn’t do that and she’s my favorite forever now.

See You Next Tuesday is a collection of diary comics that range from high art to toilet humor (literally, there are bathroom mishaps). This collection focuses on ennui and being a twenty-something; it’s presented in a sketchy, scrapbook-y flow, with little thought to what might or might not be “appropriate” to portray (but probably lots of thought about what would be hilarious). I think fans of Kate Beaton and Noelle Stevenson (and probably Meredith Gran–my favorite webcomic is by her) would dig Jane Mai. 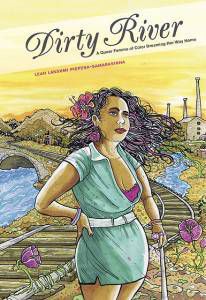 If you’ve been looking for more stories about badass queer women of color, get this book yesterday. No really–go back in time and get it so you can already be reading it right now. (Okay, maybe just pick it up ASAP.) Leah Lakshmi Piepzna-Samarasinha tells the tale of running away to Canada with what she could stuff into two backpacks and discovering queer anarchopunk while grappling with her past. She’s relatable, funny, and brave; we need more of these stories. 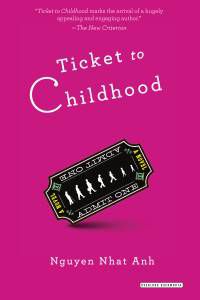 Ticket to Childhood is the bestselling book in modern Vietnam, having sold over 350,000 copies. Newly translated into English, Ticket is a quirky story that has cross-generational appeal; young people and nostalgic adults alike will dig this book. It very much is a nostalgia story, narrated by a man remembering his youth. I’m highly interested to have access to a book that is so well-beloved in Vietnam, a country in whose literature I’m quite under-read. 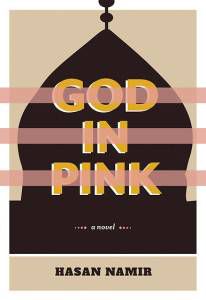 In 2003 Iraq, a gay Muslim man tries to achieve a delicate balance between his sexuality and his religion, all in the midst of Middle Eastern culture. The pressure to find a wife is closing in; meanwhile, war is escalating in Iraq. The author was born in Iraq and is gay himself, making the story at least in part inspired by Namir’s own experiences. The book portrays a lot of the struggle of being gay and Muslim (Namir’s real-life friend narrowly escaped execution for being gay), while also prodding at the idea that sexuality has, or should have, a lot of grey area in Islam. God in Pink starts a conversation that is long overdue. 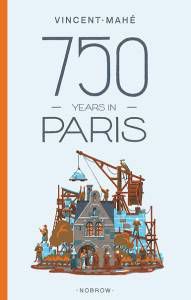 My heart stung when I saw this book because I hate like hell the reason that it stood out to me, but I also know that it would have stood out anyway. The back cover asks, “If you could stand still for 750 years, what could you learn about the world?” 750 Years focuses on one building in Paris, winding its way from the 13th century to present day. It’s a purely graphic book, telling the story of Paris without words, only illustrations: a pile of skeletons outside the building signifies the plague; Knights Templar ride by during the Crusades; banners hang in solidarity after the Charlie Hebdo shooting. The facade changes as the building is built up and torn down and built up again. It’s a smart take on one city’s rich history. (Sample illustrations are available on Mahé’s Behance site.) 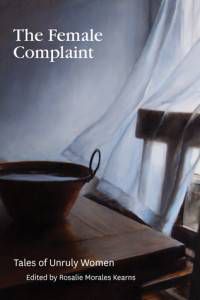 In a world where female characters still too-often get the shaft, The Female Complaint is an oasis. Women are the heroes of their own stories in this anthology; women have agency, their own sexual gaze is considered, and there are no manic pixie dream girls in sight. I’m looking forward to this book immensely.