Whew, there’s a whole bunch of books coming out right now, so let’s dispense the lead-in and get to it! 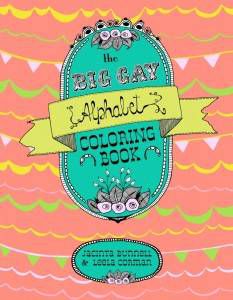 Adult coloring books are all the rage right now, and I can’t think of a more perfect topic than LGBTQP (their acronym) culture. The book covers 26 terms that highlight LGBT history and culture. While I have to admit that all of the terms didn’t make sense to me (A was for Astrology for example–and none of the LGBT folks I know really take stock in it), the illustrations are darling and turn the focus away from the idea of heteronormality. Plus–coloring! 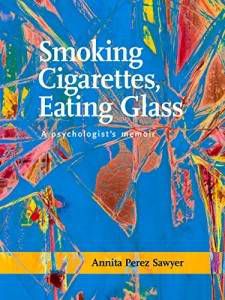 After having a breakdown as a teenager, Sawyer was admitted to a treatment facility, misdiagnosed, and given dozens of shock treatments that caused her to lose memories. Years later, now a psychologist herself, she rediscovered the files that outline the treatments she received and began to work through her memories of a broken childhood and a broken treatment system. She writes in her memoir about working through PTSD and suicidal tendencies in an honest way that makes room for hope and greater understanding of a difficult illness while also condemning bad treatment practices. 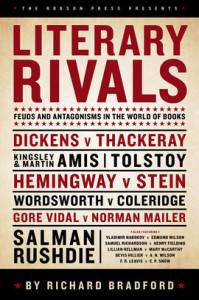 3. Literary Rivals: Feuds and Antagonisms in the World of Books by Richard Bradford (June 2, 2015 from The Robson Press)

We all want dirt on our favorite authors, and lucky for us, Richard Bradford has done some digging. If you want to know what love interest drove a wedge between Coleridge and Wordsworth, or what beef there might have been between Hemingway and Gertrude Stein, this book will quickly engross you. Beware, though: you might see one of your favorite authors committing some unsavory behaviors. 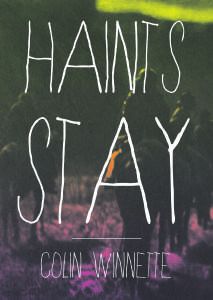 Haints Stay is a gritty, modern acid western that follows a couple of bounty hunters and a young boy that they pick up between towns. It has humor and gore and personal journeys and unexpected dark heroes–you know, basically everything you want in a post-McCarthy western. Flavorwire called it the most anticipated independent novel of the summer; I gotta be real, though: this is me whenever any new Two Dollar Radio title comes out:

So, I’ll be picking that up ASAP. 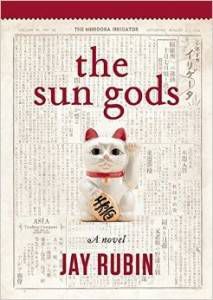 First: if you’re into contemporary Japanese literature, you might do well to slide on over to the Chin Music Press website and have a look-see. Second: if you’re into Haruki Murakami, you might already be familiar with Jay Rubin, as he does quite a few of Murakami’s English translations.

The book follows a blended family during World War II. Japanese-born Mitsuko marries a widowed American pastor, Tom, becoming the stepmother of his son. When the Japanese bomb Pearl Harbor, the family is mandated to live in an internment camp. Mitsuko goes with the child, Bill; Tom, now uncomfortable with all things Japanese, stays behind. Years later, Mitsuko is gone and Bill decides to go in search of her and their shared past.

The Sun Gods doesn’t always portray America at its best–a good thing, in this case. 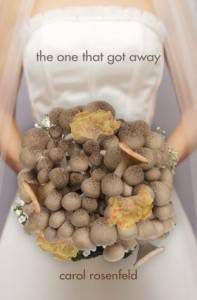 Bambi Devine, aka B.D., is a middle-aged bridal consultant who finally leaps out of the closet–to absolutely no surprise whatsoever among her friends. She meets the woman of her dreams, but alas, her dreamlady already has a dreamlady of her own . . . or does she? Because some rumors indicate differently. The One That Got Away is a fun, drama-filled ride about unrequited love and lust in New York City queer life.

What great small press books have you read lately? Let me know in the comments!