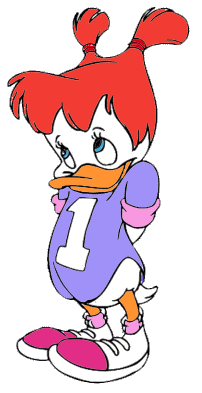 Often, as interesting as any headlining character or superhero can be in a given comics series, I find myself wondering about the side characters. I wonder about where they came from, and how they look at situations we’re seeing from the hero’s perspective. I wonder about their lives before they met the hero character, or what they do when they’re off-panel.

Though most iterations of Batman agree on a few basic points about Alfred, they don’t really paint a whole story, do they? One of the first times I really got thinking about Alfred was when I was watching Batman & Robin. Alfred is sick, and he thinks he’s going to bite it, and he tries to get a missive out to his brother, who he hoped would aide Batman after his death. That’s not what eventually happened, but still – it made me wonder about his history. He helps Batman in many different ways, and though I hear the phrase “Jack of all trades, master of none,” I don’t think it applies to Alfred. He excels in so many sneaky and tactical (as a support team member, of course) ways, and it feels to me like he’s in some sort of elite butlers league.

Also, does the man ever sleep? Maybe he does have super powers.

I wouldn’t make this suggestion unless I was absolutely sure the Saga team would 100% rock a comic featuring a main character who could only utter one word. Much of Lying Cat’s history and circumstances are a mystery, including how she came to become The Will’s sidekick (correct me if I’m wrong on this one). Izabel says that Lying Cat was the runt of the litter and that she had to follow certain rules, regarding how much she can interfere in some situations, but that’s about it.

So, what’s the story? This would make a great mini-series.

While we’re discussing animal sidekicks, I can’t help but bring up Pizza Dog, who has been featured in one silent comic before that deserved every single award and recognition it got. Now, if Fraction and Aja and Hollingsworth et al decided to make a mini-series, in that same style, depicting Pizza Dog’s life up until the point he met Clint? That would be so totally awesome. It would be far enough removed from the Hawkeye story that the team could do whatever they want with it. Win-win!

I’m a big Star Wars fan, have always been. This entry isn’t cheating (there are many SW comics), but you can call it wishful thinking, and possibly the most far-fetched on this list.

What got me thinking more about this was reading the fantastic Jedi Academy books by Jeffrey Brown, which feature Yoda as a teacher. I like the way he’s painted as a goofball Jedi Master training Padawans. I know only vague information about Yoda, like how despite being one of the strongest Jedi out there, he focused most of his effort in training new Jedi, and that he survived the Great Jedi Purge and hid out in Dagobah until Luke eventually finds him. There are some stories out there, a few theories, but nothing clean and pretty and definitive. Well, that last one is a bad word choice, on my part. The way things stand, there probably won’t ever be a canonical or definitive Yoda back story, but a girl can dream.

Though one of the big themes of Darkwing Duck is his relationship with Gosalyn, and she gets a heck of a lot of panel- and screen time already, I’m still interested in seeing a story that’s focused on her, and not her in relation to Drake.

She spends a lot of time trying to get herself involved in cases he works on, and sometimes she even wears awesome costumes or becomes a robot. I get that a lot of her character is built on her admiration and love for her adoptive father, and her desire to help him – I’m not saying this needs to go away, I’d just like to see it framed differently.

I didn’t like the Scott Pilgrim books all that much when I first read them. Maybe I should try again, but anyway, the biggest issue I had was I didn’t care about Scott. I didn’t care about what happened to him or whether he got the girl or anything. But I always loved Kim. And then I read this:

“Full disclosure: she was initially part of a reluctant teenaged superhero team and her mutant power was that spines would come out of her body when she was emotionally agitated! (They had a guy like this in the third x-men movie and I felt violated)”

Um… I want to read that!

Anyway, those are my top six for the moment. I showed you mine, now you show me yours!