This is a guest post from Clayton Andres. Clayton has written and edited for newspapers, magazines, and online publications across Canada after completing a BA in English and a year of a masters in journalism.

We’re all aware of the new trend in movies right now, where you make a bunch of different stories with separate characters and settings then tie them all together in a giant cinematic universe. The Avengers helped kick off Hollywood’s new obsession, so now we’ve got movie universes where Captain America is frenemies with Iron Man, Batman fights Superman, and Dr. Jekyll shows up in Tom Cruise’s Mummy reboot.

But Hollywood didn’t invent this concept of uniting distinct characters and worlds into shared, fictional universes, and it certainly didn’t perfect it. Authors have been devising their own multifaceted multiverses for nearly a century and—in the grand tradition of the book being better than the movie—these universes are way more complex, intricate, and entertaining than anything Marvel, DC, or any other movie studio has put on screen to date. Here are some of the most interesting, inspired, and endlessly enjoyable literary universes ever written. 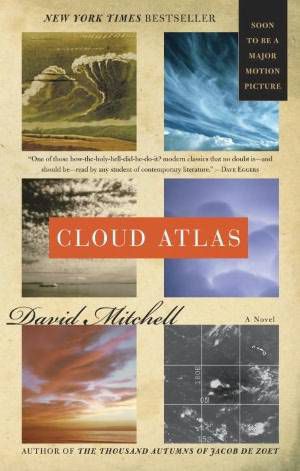 Mitchell is most famous for Cloud Atlas, his Russian-nesting doll book (and movie) of stories-within-stories that spans several centuries, from a 19th century voyage to future dystopia Korea and beyond. Each story is interrupted halfway through by the next, seemingly unrelated narrative, while the reader has to find the hidden details that connect all the plots together. As it turns out, Cloud Atlas is just a miniature version of what Mitchell calls his “über-novel,” a continuing saga of books that are all joined together by tons of tiny, little details to make one sprawling narrative.

A love-interest in Cloud Atlas shows up again as an old lady in Black Swan Green, the main character of which is cousins with a major character from The Bone Clocks, which not only brings back a mysterious figure from The Thousand Autumns of Jacob De Zoet, but also ties together some of the unexplained mystical phenomenon from his first book Ghostwritten and Cloud Atlas.

Fans are still pouring over his books to find more hidden details, but Mitchell says the über-novel is still only half-way done.

You can’t put together a list that celebrates excellent world-building without mentioning good ol’ J.K.

When Harry Potter and the Deathly Hallows was released in 2007, fans felt like that was the end of Rowling’s magical world. Thankfully, while Harry’s story has ended (so far as we know), it looks like we’re still going to be getting more witchcraft and wizardry for years to come.

Although it’s a play, Harry Potter and the Cursed Child has been read by fans across the globe (since tickets to the London show are pretty scarce) And yes, while the name of the play implies it’s a sequel to the original book series, the play is really about Harry’s son Albus and his friend Scorpio, expanding the scope of Rowling’s universe beyond her original main character. The play, whether on stage or in script, does a fantastic job of continuing to flesh out the Wizarding World, giving more important backstories of familiar players while still giving us new characters and perspectives.

And while the Fantastic Beasts series seems to be stuck on screen, at least we’ve gotten the first script published so you can still add it to your bookshelf. 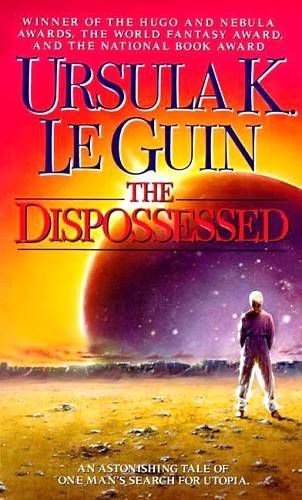 While we’re talking about women fantasy authors, we can’t ignore one of the genres queens, Ursula K. Le Guin. In addition to writing the genre-defining Earthsea series, Le Guin also decided to take a stab at science fiction and ended up creating an entire universe that spans hundreds of planets, thousands of years, and more books than it would be worth listing at the end of this paragraph.

The Hainish Cycle takes place in a universe where Earth turns out to be just one of a multitude of planets colonized and then subsequently forgotten by an ancient race of humanoid aliens who had nothing better to do after inventing interstellar travel than to get super in to genetic experimentation. As a result, many of the books in the Hainish Cycle take place on different worlds all with slight variances in their biology and social structure that allows Le Guin to comment on issues of politics, race, gender, philosophy, and the human condition. You know, simple stuff.

Some of the most well-loved books in the series are The Dispossessed, which explores the conflicts of an authoritarian regime as its political infighting prevents the progress of science (probably nothing we can relate to today), and The Left Hand of Darkness, which tackles issues of sexuality and relationships on a planet where everyone can switch between genders at will.

Le Guin’s universe is immense, but it’s easy to step into but much harder to tear yourself away.

Not every shared literary universe has to incorporate fantasy and science fiction in order to reach the kind of complexity the Marvel movies only dream about. Take the novels and short stories of William Faulkner, who composed an entire town and surrounding county with a history dating back to the civil war and populated with some of the most famous characters in literature.

Faulkner’s Yoknapatawpha County (try saying that five times fast… or, really, try saying it at least once) is a fictional county in Mississippi and all but five of his 19 novels (and a large number of his short stories) take place within its borders. AP English and Literature Masters’ favorites like The Sound and the Fury, Light in August, and As I Lay Dying all take place in the same county and a number of characters pop up again and again throughout.

The sheer level of history Faulkner put into designing the town is fairly intimidating, but what really sets Yoknapatawpha apart is how the each of the books explore and expand the themes and motifs from the other novels. For example, Quentin Compson, one of the main characters in The Sound and the Fury appears again as the narrator to Absalom, Absalom, where he relates the tragic history of one of the county’s oldest families. In telling the story, Quentin starts to reflect on his own messed-up childhood, which informs the actions he makes in The Sound and the Fury later on (no spoilers, but it doesn’t go well for him).

Faulkner’s universe, like his writing, is not for the faint of heart, but for those willing to brave his dense prose and desperately wicked characters, there’s a whole lot of heart to be found. 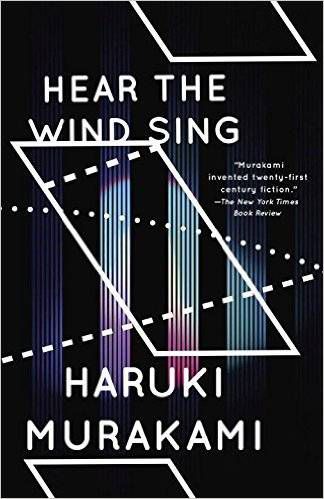 Murakami has made himself a household name across the globe, selling millions of copies outside his native country while still maintaining a rabidfan-base in Japan. And it’s no surprise why: his books are heartbreaking tales of love and loss, the quest for understanding and identity, and also how life is just a dream… apparently?

Look, Murakami’s books are easy to read but not to easy figure out after the fact, as he uses surreal imagery and dream-logic to construct narratives that are emotionally resonant but hecka confusing.

But, if you dig deep enough, you can start to put together the connections. His first three books, Hear the Wind Sing, Pinball 1973, and A Wild Sheep Chase all form a loose trilogy, telling the story of an unnamed narrator coming to terms with the loss of his old friend, Rat. These books are also connected to Dance, Dance, Dance, as the same narrator goes looking for his girlfriend who disappeared thanks to the actions of a weird sheep-man

Now here’s where things get tricky. In his children’s novel, The Strange Library, a young boy is held prisoner by, you guessed it, a weird sheep-man, in a creepy library. What’s with this sheep-men anyway? Are they the same guy?

No time to figure that out now, because this brings us to another connection, as The Strange Library isn’t the only creepy hall of books, as another unnamed protagonist also encounters a bizarre library in Hard-Boiled Wonderland and the End of the World. This time, the protagonist is held prisoner in strange town and forced to work at a library where he doesn’t read books, but unicorn skulls. That’s right. He has to “read” magical skulls instead of books in what can only be described as a “creative” way to keep prisoners occupied.

But how does this connect to the sheep-men? Well, if we go back to A Wild Sheep Chase, one of the book’s recurring motifs is a golden lighter stamped with an image of a sheep. And at the beginning of Murakami’s Kafka on the Shore, a young boy calling himself Kafka runs away from home, taking his father’s golden lighter before he leaves. Is this the same lighter? Does that mean Kafka’s father is also the unnamed protagonist in all the other novels?

Well… in all honesty, I have no idea. Like I said, Murakami’s books are weird as all get out and figuring out exactly what is going on is no small feat. Of course, the point of his books isn’t the plot so much as the emotional arcs these characters go through when confronted by sheep-men, unicorn skulls, and reappearing lighters. But some day, maybe I’ll be able to piece it together and tell you what it all means…

Last but certainly not least is THE most complex, intricate, gargantuan, and endlessly fascinating universes of literature: the Stephen King Universe. This shared world is so massive, it basically guarantees that King rules over book universes like some kind of… dang I had a good metaphor here. He’s like some kind of hereditary monarch… ugh, can’t seem to find the word for it.

Anyway, while most people associate King with creeping, suburban-based horror, that’s barely even scratching the surface. And I’m not just talking about the fact that quite a few of his books, including IT, Insomnia, and the time-travel thriller 11/22/63, all take place in the same fictional town in Maine. You see, our world, or rather, King’s world, is only one of many universes that are all connected to a single known as Mid-World, wherein lies a staggering monolith known as the Dark Tower, the centre of all creation that ties every universe together.

This is the premise behind King’s eight-part fantasy saga, The Dark Tower, which tells the story of a lone gunslinger travelling through different universes to reach the titular tower and save the world—every world, really—from being destroyed. That in itself is pretty impressive, but where King really cranks it up a notch is the fact that characters, towns, and even evil clowns from his other books make appearances throughout the series, tying together nearly all of of King’s 90+ books into a single narrative. It’s crazy complicated and there’s blogs, wikis, and subreddits all dedicated to just trying to grasp the sheer scope of the thing.

Oh yeah, and King himself shows up at one point, too. The Kingiverse is so big, is contains our world as well. This is King’s universe, we’re all just living in it.

So those are just some of the many immersive and engaging shared worlds that have been put to print. While Marvel, DC, and a bunch of other Hollywood studios are trying their best to create some fairly interesting, interconnected cinematic worlds of their own (including a movie based on The Dark Tower later this summer), so far they all pale in comparison to what these (and many other) authors have created.