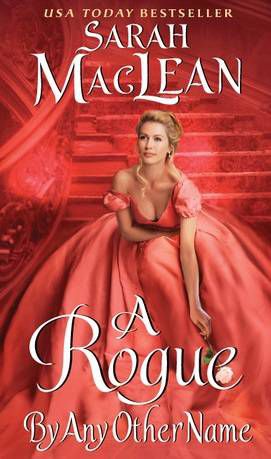 Between the “All-New, All-Different” previews, solicits, and several problematic interviews, it has become increasingly clear that Marvel is struggling to represent all the colors of the rainbow. Or, really, most any shade of the LGBTQ rainbow.

Given this dearth of queer series, I wanted to suggest a few legitimate options.

Note: Not all of these artists are available now; if that changes, Marvel should definitely check them out.

The Stack Newsletter
Sign up to The Stack to receive Book Riot Comic's best posts, picked for you.
Thank you for signing up! Keep an eye on your inbox.
By signing up you agree to our terms of use
by Kate Leth and Allison Paige

A Miss America series is one of the most glaring omissions from Marvel’s line-up; she’s a queer woman of color with a fanbase so loud-n-proud that you can’t attend one comic convention without seeing at least three of her. The only things more powerful than her multiverse-famous facepunches are her one-liners. And yet, after the Young Avengers cancellation, she disappeared for well over a year.

Kate Leth’s writing, whether it’s through Tumblr, ComicsAlliance, or your local comic book store, is equal parts honest and hysterical; either way, her work makes readers feel something. With Kate at her side, America’s punches hurt physically and emotionally.

For authenticity’s sake, I also believe we need a “Kate” to help make “AmeriKate” (the America Chavez/Kate Bishop ship) happen.

Like Batgirl and Ms. Marvel before it, a Miss America series would need panache—something Allison Paige packs in spades. Her art is stylish, expressive, and bold. Best of all, she illustrates women who are super buff.

Confession: This is just an excuse to goad Noelle Stevenson into writing quasi-Descendants (the 2015 Disney Channel Movie, not the George Clooney movie) fanfic into the Marvel universe.

In wake of the its destruction in Infinity: The Hunt (I’ve done research), the Latverian School of Science sends four former students to Avengers Academy. On the outside, these students appear distant and even sinister. On the inside, well, who knows? But they’re all hella queer. Returning faces would include Striker and Lightspeed.

Stevenson has proven herself the most rad at writing teens (Runaways, Lumberjanes) and the morally ambiguous (Nimona). The series could even function as an extension of her Runaways miniseries.

And, if there’s any universal truth, it’s that Sophie Campbell is the tops at illustrating expressive, stylish, and queer young folk (Jem and the Holograms, anyone?).

Reminder: I’m not saying Marvel should steal Sophie from IDW, just that it should clone her.

Months ago, I would’ve had no idea who to suggest to write a Northstar comic. Though he’s one of Marvel’s most prominent gay male heroes (whose prominence continues to fade), I’ve had little exposure to character, and what I have seen hasn’t wowed me.

Months ago, I also wouldn’t have expected to fall so head-over-heels for a hyperviolent “gay Batman” pastiche (that’s another conversation) who is better at creatively killing folks with a cow’s femur bone than talking about romance. If anyone can turn Northstar around for me, it’s Steve Orlando, with his sharp, considerate, and character-focused writing.

Feel free to replace “iridescent” with a more appropriate adjective of your choice, though I am partial to it.

Marvel’s queerest franchise is the X-Men, which is a shame given the publisher’s apparent decision to downsize it. I beg them to make room for at least one more title.

My suggested team would feature the adult Iceman, Psylocke, Bling!, Anole, Storm (who’s obviously bisexual), and the Token Straight Person of Your Choosing (I’d vote Rockslide for optimum Anole banter). For what reason? Maybe they’re trying to form a Gay-Straight Alliance at the school and every time they have a meeting, catastrophe strikes!

I’ll leave the ideas to Wittert.

Throughout her comics history, Mystique has been a beacon for queerness in an already pretty thematically queer X-Men franchise. She’s a bisexual shapeshifter fully comfortable wearing masculine personae; even if she’s not canonically genderfluid (get on that, writers), she’s become, at the very least, a symbol for genderfluidity.

Queer protagonists and explorations of identity (something that’d be key for a Mystique series) are not foreign to writer Jennie Wood; her graphic novel series Flutter follows a shapeshifting gay teenager named Lily through a sci-fi adventure, and her young adult novel A Boy Like Me stars Peyton Honeycutt, a teenage transgender guy, as he struggles with his identity in a conservative hometown.

If you’re looking for bold, powerful women, Phil Jimenez is your guy. His work on Wonder Woman, Angela: Asgard’s Assassin, and other titles communicates strength and excels at action choreography. I’d love to see his take on Mystique and all her forms.

Another irrefutable force in the world of writing teenagers is Mariko Tamaki. In the award-winning graphic novels Skim and This One Summer (illustrated by her cousin, Jillian Tamaki), Mariko writes teens and tweens with the depth, emotional intelligence, and nuance; who better for an ongoing revival of the Runaways?

I trust Mariko fully with choosing a cast and plot, but, for the purposes of this piece, I’ll slap one together. Karolina Dean, free from whatever editorial spell she was under, re-remembers that her ex-girlfriend, Xavin, is suffering punishment (meant for Karolina) at the other edge of the universe.

Karolina assembles a team of teenagers with a mixture of authority issues and space travel experience to “run away” from Earth and rescue Xavin; this team includes powerhouse Molly Hayes, space explorer Cammi Benally, broody Brit Cullen Bloodstone, and Nova Corps member Anwen Bakian. Over the course of the series, both Cammi and Anwen discover that they’re queer.

Tana Ford’s cartooning style is kinetic, fun, and emotive; her work reminds me a great deal of Adrian Alphona’s illustration on the original Runaways series. Two of her recent Marvel gigs, New Warriors #9 and a Guardians of the Galaxy story in Avengers: No More Bullying #1, highlight her talent for drawing both teenagers and aliens, making her an ideal fit for a cosmic take on these teen heroes.