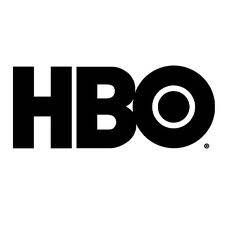 The so-called “Golden Age of Television,” which began more or less with The Sopranos debut in 1999 and may be yet to crest, owes a lot to books. Dexter (Showtime), Friday Night Lights (NBC), Justified (FX), Sex and the City (HBO), The Walking Dead (AMC), and, of course, Game of Thrones (HBO) all started out on the page. And the trend doesn’t appear to be slowing down. Neil Gaiman’s American Gods (cast here by Rioter Johann Thorsson), Jennifer Egan’s A Visit from the Goon Squad, and Tom Perotta’s The Leftovers are in production at HBO, Stephen King’s Under the Dome has just begun its run on CBS, and NBC is reviving Dracula this fall.

Page-to-screen adaptations are nothing new, of course, but television seems to have finally wrested from film the title of Best Adaptation Destination. Writers and actors take TV more seriously than they once did, cable networks allow more mature content, increased budgets provide feature-film quality, and runs of ten to thirteen episodes give creators ample time to explore character complexity and narrative nuance in a way that a two-hour feature simply can’t. If this is the future of adaptation, readers should be very happy indeed.

And I am. There are great bookish series on the air and a promising few in the pipeline. But I want more. It may be selfish, but it’s the truth.

For the purposes of my list, I’m (A) sticking with contemporary books (because REASONS) and (B) designating HBO as their home because they have the greatest freedom regarding scripting and content.

I’m excited about American Gods, and for good reason. But I’d be even more excited if HBO were adapting Neverwhere instead. Both novels possess rich levels of depth and offer convincing portrayals of fantasy worlds hiding in plain sight, but Neverwhere left me feeling that Gaiman had only shown us a fraction of a London Below ripe for the fleshing out. The novel could serve as the first season’s story arc, and then Neil himself could get together with the producer (please God, let it be Guillermo Del Toro) and expand the narrative. (And yes, I know the BBC did a version in 1996, but I want a real budget and a longer run. And Martin Freeman as Richard wouldn’t hurt.)

The world of Atwood’s speculative fiction trilogy is dominated by corporations that have essentially privatized public security, education, and healthcare, all while taking dangerous steps down the path of genetic engineering. The way Atwood welds post-apocalyptic survivor stories with LOST-style flashbacks to a time before the “waterless flood” that wipes out most of humanity would offer a showrunner almost endless structural possibilities. And since Oryx and Crake and The Year of the Flood run concurrently to one another, the whole cast of characters would be there from the beginning, ready to segue into the events of MaddAddam.

What is the What by Dave Eggers

This “fictionalized autobiography” tells the story of a Sudanese refugee – a “lost boy” – who, like so many, saw his family and country torn apart by his country’s vicious civil war. Sudan’s plight has been frequently publicized, but many still don’t grasp how brutal the effects have been for that region. Fiction has a way of breaking through to people where newscasts and documentaries may fail. That would be reason enough to want Eggers’ novel turned into a series, but its narrator’s search for hope is what kept me reading, and I would bet it would have the same effect on viewers.

Imagine a foul-mouthed, unprofessional version of Tony Shaloub’s Monk. Now replace his OCD with Tourette’s Syndrome and you have a rough picture of Lethem’s Lionel Essrog. The novel plays with the old hard-boiled detective formula, which also happens to be a proven TV formula, but since Essrog isn’t exactly Serpico, there would be plenty of opportunity to tweak the genre in interesting ways while our faithful detective pursued his leads. The biggest challenge here would be replicating Essrog’s often painful tics (which are such a big part of the novel’s immersive experience) without being distracting or parodic.

From Hell by Alan Moore

Do you remember that piece in The Atlantic about The Wire being a Victorian Novel? Well, if you tried to re-make The Wire into a show set in Victorian England, From Hell is what you’d get. Homicide? Check. Political cover-ups? Check. Prostitution, illicit affairs, and the influence of highly secretive organizations? Check, check, and more check. Yes, I know it’s already been adapted, but we can all agree to just let that one go, right? I know Alan Moore can. Seriously though, Moore’s exhaustively researched and intricately constructed Jack the Ripper tale has enough intrigue for at least two seasons’ worth of episodes. Make it happen, HBO.

This one was inspired by a tweet from an acquaintance of mine (@josiahdhatfield). He wrote: “Coen brothers, please gather all film-making friends & make a Paris, Je T’aime style collection of Flannery O’Conner story short films.” I say expand that idea into a series. Changing casts and telling a new story each week would unquestionably demand a different approach, but that’s what gives it the potential to be so cool. Think about it: one episode per story, each done by a different director with a unique approach. “A Good Man is Hard to Find,” “Good Country People,” and “The Life You Save May Be Your Own” would definitely make the cut, but I’d love to see the bizarre redemption of “Revelation” included too.

Your turn, readers. What book do you think deserves to be adapted? Let me hear it.