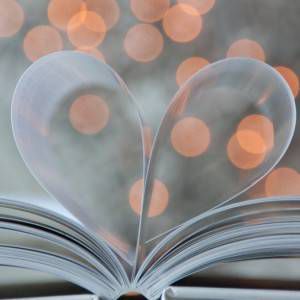 There’s something I love about a romance between teenagers. In my experience, teenage characters are more openly flawed; they are more desperate. They believe more fiercely, they feel their mistakes more deeply. They love harder. They fight harder. And in a YA love story, you’re combining the rawness of being a teenager with the force and sensuality of being in love, and that can create something that has the potential to change everything about what you know, and how you feel.

This year I found YA couples who left me completely, utterly, 1000% breathless. Like, the lay-about-in-a-daze, deliriously-daydream-fanfiction-scenarios kind of breathless. Below are my top five they-utterly-slayed-me-emotionally couples of 2015. You might recognize some of them, or you might not. And if you choose to read the stories of any of these couples, be warned — you may never be the same again. 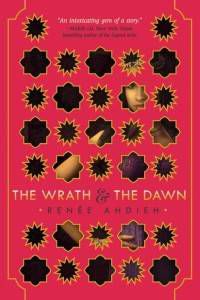 1. Shahrzad & Khalid, The Wrath & the Dawn. Let’s start, naturally, with the best I have had in 2015. If you know me but at all, you would also know that I have not been able to stop gushing about this book since I read it back in August. With writing that is clever and sensual all at once, this romance leaps off the page and tackles you like a desert storm. The protagonists have intriguing qualities — Shazi is bold, stubborn, reckless where Khalid is cautious, reserved. Both are fiercely passionate, and full of sharp intellect. But what I love best about the relationship between these two characters is how they see each other as equals. They are a team. They support each other without stepping in to fight the others’ battles. They learn from each other. Sure, a misunderstanding or two crops up, but rather than let it choke them, these two find ways to sit down and clear them up. You know, as two people who are secure in themselves and each other within a strong partnership might do. 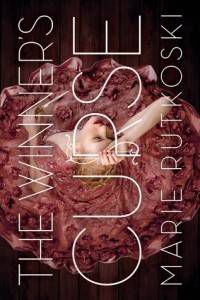 2. Arin & Kestrel, The Winner’s Trilogy. Arin and Kestrel actually spend the bulk of the plot letting their secrets and misunderstandings choke them. And I’ll admit… when I first began the trilogy, I was wary of what sounded like a problematic premise. But as I read everything started to change— Kestrel is unbelievably FIERCE because she is aloof but with something to PROVE, Arin is being even sweeter and more passionate than you thought possible, everything is falling down around them and they can’t trust anybody but it’s okay because THEY KEEP HAVING THESE INCREDIBLE MOMENTS IN KITCHENS, AND BALCONIES, AND DARK ALLEYS… and now I can’t stop loving them. Because every single scene they have together…!!! They are sweet and fierce and relentless and intelligent as all hell and it is WORLD SHATTERING. 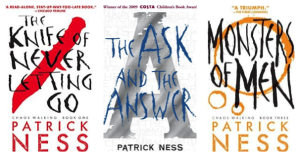 3. Todd & Viola, The Chaos Walking trilogy. It’s funny, because I opened this book fully expecting myself to be not that into it. It was found during a rather drunken bookstore excursion, and the summary was such that there wasn’t even the single hint of a romance. So when I looked at it again later, it was one of those casual shrugs and a “well I’ve got nothing to lose, anyway,” kind of thing. Turns out, I had a lot to lose. Like my mental faculties. And all of my ability to function emotionally. This relationship is so…honest. Sometimes it’s full of incredibly hard choices and other times it’s so beautiful you want to weep, but above all it is so powerfully raw. On top of which, it’s propelled forward by a gritty, viscerally poetic first-person narration that shouldn’t work but somehow does, and breathless isn’t even close to enough to describe where you are by the end of their gripping, stunning story. 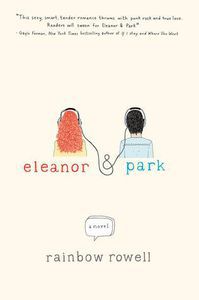 4. Eleanor & Park. There are thousands of things that have been said about this pairing already, so I won’t say too much here — except that these two funny, smart, cute, sweet, brave characters actually made me nostalgic for painful awkwardness. Somehow, their story made awkward actually seem beautiful — poetic, even. And that is nothing short of miraculous in my book! 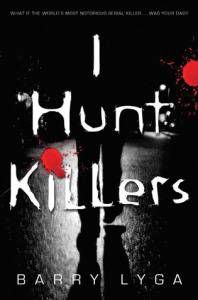 5. Jazz/Connie, The Jasper Dent trilogy. This trilogy seems to have dropped into my lap out of nowhere. First of all, I rarely do thrillers. Second of all, I never do established relationships. Usually, established relationships make me feel like I’ve arrived at the party late— i.e. left out and awkward. But man, am I glad I gave this couple a chance. Theirs is an interracial relationship in a small town, which in and of itself is intriguing. It’s subtle, too, how and why Jazz and Connie work. The mechanics of their relationship comes in bits and pieces, but at a certain point you realize you don’t need the whole picture, because you see it anyway. You see how she challenges him without berating or goading him. You see how he listens to her and talks to her while he tries to be honest without hurting her. You see how she doesn’t put up with any attempts at manipulation, with a simple “Don’t Billy me!” Then you start to see how fiercely they want each other, too… and, well, by then you’re a goner.

How about you? Which fictional couples (YA or otherwise!) left you breathless this year?