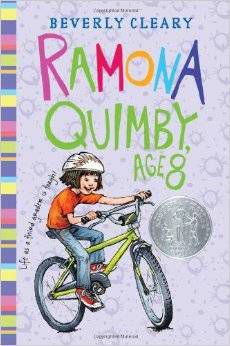 I’m not sure if you heard the news, but X-Men: Apocalypse was a huge success.

I’m not talking about the fact that it has grossed over $478 million worldwide, since we all know that number is pretty insignificant.

Instead, I mean that less people are revolted, which is pretty much how I felt after the dumpster fire that was Days of Futures Past.

That’s a huge success in my book.

In fact, this movie-that-I-expected-to-hate lead me down a rabbit hole from which I haven’t yet emerged. It’s always a fun party game to try to imagine where Fox will take the X-Men next, but X-Men: Apocalypse opened a veritable Pandora’s box of potential future storylines.

Based on what we know so far, here are five possible directions that (I hope) Fox might be taking the X-Men. Please be aware, there will be spoilers to follow.

1. Jean is the Phoenix and is totally fine.

Just in case you didn’t read it, it’s worth mentioning that Jean Grey in the original Phoenix arc was possessed by an alien “Phoenix force,” and ultimately committed genocide against an alien race. It was kind of a big deal, because Jean Grey was killed out of the X-Men. And even if she hadn’t been, it would have been hard to accept her back after all that murder.

Lucky for us, the writers retconned the situation and revealed that it hadn’t actually been Jean Grey at all: the real Jean had actually been recovering in a pod under the waters of Jamaica bay, while an alien-god-fire-bird-cosmic-force clone of her mimicked her personality and pretended to be her.

So there are already a lot of differences between the original saga and what seems to be happening in Apocalypse. For one thing, the comics never included phoenix flares so early in Jean’s life. The fact that she is a teenager and learning to embrace her powers reflects a totally different story arc from Claremont’s famous Phoenix saga, where Jean Grey was already an established X-Man with control over her powers, who effectively blindsided her teammates with her sudden change.

By contrast, Apocalypse Jean has already used her powers to save Xavier and the X-Men once now, establishing a team that will surely support her if her classmates continue to be afraid.

The thematic shift– towards embracing the terrifying rather than rejecting it– is perhaps the most dramatic change from the original Claremont arc. It reinforces the idea that all mutant powers are beautiful, and supports the idealization of working together. It might just be the explanation for how Jean survives, to eventually become the red-clad adult that Logan sees at the end of Days of Future Past.

Also: she doesn’t seem to be a clone, so it’s going to be pretty messy if she accidentally commits genocide.

2. Cable is coming, and Deadpool 2 and the X-Men will become linked.

It’s no secret that Fox is insanely jealous of the dynamic inter-involvement that Marvel has built out of the MCU. It’s an insanely good idea for making money, and it’s clear that Fox wants in. The Wolverine movies are a step in this direction, and the possibility of a Gambit film on the horizon is another significant move. But so far, Fox has not done a great job integrating the solo and group films.

At least, until now.

As we know from Apocalypse, young Sansa Stark– I mean Jean Grey– is clearly already falling for Scott Summers. Scott’s undying love for her is the first step towards his relationship with Madeline Pryor, clone of Jean and mother of Cable.

Now, if you stayed for the after-credits scene and know anything about Essex Corps, you probably know that Mr. Sinister is on the horizon, too. I’m excited about Mr. Sinister because he could be indicative of a couple of really cool things (as explored below), but the introduction of Cable is unique.

If you’re familiar with Cable’s story, then you probably know that Scott fled the X-Men after Jean died (in the Phoenix Saga) and met a woman who looked remarkably like her. This woman was Madeline Pryor, a Jean Grey clone that Mr. Sinister created. The two get married and have a baby named Nathaniel Summers, who is later revealed to be Cable, a freedom fighter from the future. Cable. And, later, Scott abandons Madeline and his son in order to rejoin his former team mates (including Jean, who has been found alive).

Not exactly heroic. In fact, I doubt that they’ll follow the original tale, because Scott Summers is too good to be that negligent… right?

Either way, what makes the possible introduction of Cable so significant is that Cable is expected to be a character in Deadpool 2 (if Wade Wilson can be considered a trustworthy source). Deadpool explicitly told us that Cable is coming (in an after-credits scene), and the integration of Nathan Summers could be the link between the X-Men and Deadpool movies that Fox desperately needs. If they can pull this off, the success of the second Deadpool flick could bolster whatever X-Men film features Cable in the future, and maybe even bring us some sweet Deadpool cameos.

3. Mystique will be revealed to be Nightcrawler’s mother.

I barely have circumstantial evidence to indicate that this might happen, unless you are prepared to consider my private hopes and dreams. It would be a shockingly big reveal, particularly because it would mean that Mystique had somehow forgotten becoming pregnant and delivering a child.

That being said, there has been a serious push of this “secret family” theme, which is basically the only reason why I think it might still be possible. The idea that Quicksilver is Magneto’s son (but he doesn’t know it–yet) is somewhat awkwardly tapping into the X-Men franchise’s many relationships to identity and acceptance, even if it’s not canon.

Other than that, there’s not a lot of proof for it. Sure, If you watch J-Law closely in Apocalypse, it’s possible that she looks at Nightcrawler a little strangely a couple of times… but you might just be projecting.

Either way, there’s definitely something going on with Nightcrawler, who seems to be the only blue X-Man not ashamed of his blue-ness. And you have to admit: it would pretty fun to see Nightcrawler scoop Quicksilver on the “I’m your abandoned baby” front.

4. Moira’s son is revealed to be Proteus, and the X-Men fight him.

One of my favorite scenes in Apocalypse is when Xavier first visits Moira, because she has no idea about their shared history. The fact that she blithely references her son and his absentee father filled me with adrenaline: if her son is, in fact, Kevin, then we might just be lucky enough to see Proteus come into his full power.

If you don’t remember Proteus, he came out of a Claremont arc where “Mutant X” escaped and was found possessing (and murdering) people across the wider world. His powers make him an unusually vicious foe, which is only complicated by the fact that he’s Moira’s son.

In fact, I think bringing Proteus in would solidify the exploration of this problematic theme of family. Think about it: Magneto’s family is what keeps him from being evil, and although his wife and child were murdered, he now has Raven and Xavier (and Quicksilver) to keep him sane; similarly, Xavier wants a family with Moira but he might not understand that she will love Proteus no matter how many people he possesses and kills; and Mystique MAY OR MAY NOT be Nightcrawler’s secret mom. And, maybe Scott will have sex with a clone of Jean Grey and get her pregnant.

I mean, what is family, anyway?

This is, by far, my highest aspiration for the X-Men (or at least Wolverine 3), and is another plotline made possible by the introduction of Mr. Sinister. As we saw in the after-credits scene in Apocalypse, Wolverine’s blood was stolen and put in a case with several different-colored samples. The number of the samples is probably significant, and could mean that Mr. Sinister is going to be involved in creating more than one plot point for future X-Men movies, Cable among them.

But I’m hopeful that X-23 will be one, particularly because the blood thing was so heavy-handed. I mean, we get it: you’re going to do something with his blood.  Given that the next Wolverine film is supposed to be Hugh Jackman’s last, we already know that they have to find a new replacement for all that swagger. Some have said that Channing Tatum as Gambit will do the job, but what happens to Wolverine?

If you know the comics, then you know that X-23 is a female clone of Wolverine, created because the Y-chromosome in his DNA was damaged. She was created in a test tube, implanted in a surrogate mother, carried to term, and then subjected to radiation to activate her mutant powers. Finally, Mr. Sinister laced her bones with adamantium, just as they did with Logan.

That whole process will take time, if we’re going to see the adult version of X-23 on screen. But, if the next X-Men team flick is set in the 90s, as we expect, then there is plenty of time to gestate a clone of Wolverine in time for, say, her room assignment with Kitty Pryde.

I realize it might make people mad to see Wolverine as a woman, in the same way that people were mad when we got a female Thor. But, seriously: how do you replace Hugh Jackman? How can we possibly find another male actor to play Wolverine, after a decade-or-so of Jackman reign?

Personally, I’m hoping that we don’t.

What are you hoping for out of future X-Men movies? Did I miss anything? Let me know by commenting below!