Like most people, I’m watching the US presidential primary season with a mixture of emotions, most of them negative. The press, the candidates, and the voters have contributed, to varying degrees, to name-calling, mudslinging, lies, threats, and even physical violence. As kind of an antidote, I’ve been dipping into some philosophical books that have something to say about the tenor of our times. These are all based on lectures, so they are readable and short. 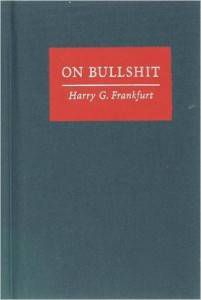 On Bullshit by Harry Frankfurt

For Frankfurt, liars and bullshitters are different:

“The bullshitter may not deceive us, or even intend to do so, either about the facts or about what he takes the facts to be. What he does necessarily attempt to deceive us about is his enterprise. His only indispensably distinctive characteristic is that in a certain way he misrepresents what he is up to.”

Bullshitters are phonies, unconcerned with the truth unless it can help them. I don’t know about you, but I think this is very relevant to the campaign trail. 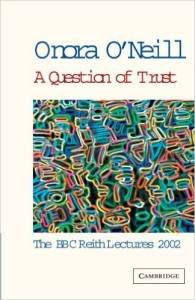 A Question of Trust by Onora O’Neill

Speaking of lies and BS, what is trust and why does it matter to society? Consider the press:

“We cannot support freedom for media conglomerates to orchestrate ‘public discussion’ in which some or many voices are unrepresented or caricatured, in which misinformation may be peddled uncorrected and in which reputations may be selectively shredded or magnified.”

What role do institutions like the media have in enhancing or diminishing social trust? 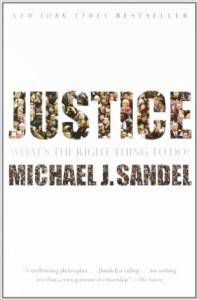 Sandel writes about what we deserve, what we owe to each other, and whether there are some aspects of life whose value shouldn’t be determined by the open market:

“To achieve a just society we have to reason together about the meaning of the good life, and to create a public culture hospitable to the disagreements that will inevitably arise.”

I’m not feeling a lot of hospitableness, whether it’s on the campaign trail or social media, among people who disagree on basic political values. 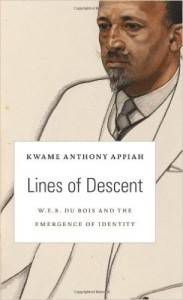 Lines of Descent: W.E.B. Du Bois and the Emergence of Identity (the W. E. B. Du Bois Lectures) by Kwame Anthony Appiah

Race is a major issue in this campaign on a number of levels. Appiah describes Du Bois’s struggle with the concept of race as it was informed by two years he spent in Germany learning about German Romanticism before getting his PhD at Harvard in political science:

“Du Bois certainly helps us see that the ethical significance of our identities derives from the way those identities give us projects; from the fact that, as he put in his Negro Creed more than a century ago, people of a shared identity strive ‘together for the accomplishment of certain more or less vividly conceived ideals of life.’ We can see with him, too, that the meaning of an identity is determined not only by the bearers of the badge, but also by the responses of others.”

I think the way we talk about “the black vote” or the “working class vote” both captures something real and also elides important differences in the perspectives of people who share an identity. Appiah’s meditation on Du Bois offers a way to make sense of that tension. 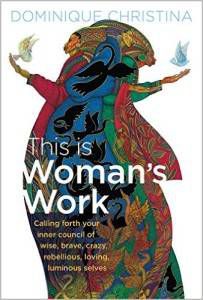 This is Woman’s Work: Calling Forth Your Inner Council of Wise, Brave, Crazy Rebellious, Loving Luminous, Selves by Dominique Christina

Okay, technically Christina is not a trained philosopher (she’s an award-winning slam poet) but this is an incredibly philosophical look at different archetypes of womanhood. It’s also a primer for meditative writing exercises that can help readers get in touch with silenced, hidden, or misidentified aspects of themselves.

When I read Christina’s poems about the Warrior Woman, the Whisper Woman, the Bone Woman, I reflect on the ways women are showing up in the race, whether it’s women voters, the woman candidate, women’s bodies, or the way “woman” functions in supportive and negative campaign ads.

“I still revel in how mighty I feel when I stand on the other side of an old idea and call bullshit, but sometimes I crane my neck into the space the ‘other side’ occupies and take a good look around. Sometimes I even see where they’re coming from. Sometimes I find empathy. Other times I recognize value in the opposing argument. That does not mean I shift my position, necessarily, but it does allow my position to make space enough to accommodate the other one. When I can do that—when I am willing to do that—I feel just as mighty then, too.”

Now that’s a kind of might I can support.