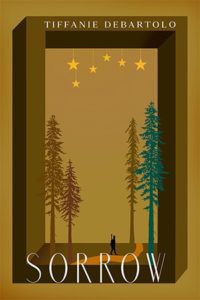 Joe Harper has backpedalled throughout his life. A once-promising guitar prodigy, he's been living without direction since abandoning his musical dreams. But Joe finds an unlikely path to redemption when he starts working for the bohemian conceptual artist October Danko. Sorrow is a poignant story about friendship and love, art and music, and how these pursuits can save us from ourselves. “An art infused story about love with achingly beautiful characters.” – NYTimes Best Seller Tarryn Fisher; "DeBartolo's emotionally rich characters remind us that it is both painfully difficult and astonishingly beautiful to be human." – Colleen Hoover

at Brightly: An Attitude of Gratitude: 17 Books That Show Kids What It Means to Be Thankful

at Bustle: Obama Gets Real About Trump In His New Memoir & 9 Other New Books To Check Out

at BuzzFeed: 15 Must-Read Books If You Loved These Fantastic TV Shows

at Crime Reads: The Crime Novels of Mexico City

at Epic Reads: 21 Books Like the Dark and Haunted ‘Nancy Drew’ to Read

at Lit Hub: 7 of the Year’s Best Debut Novelists on Their First Literary Loves

at New York Public Library: 22 Books for Fans of The Queen’s Gambit

at POPSUGAR: 32 Books Becoming TV Shows in 2021 — Including the Gossip Girl Reboot

at SYFY: Get Rec’d: Nine sci-fi and fantasy romances to huddle up with in November

at Tor.com: Five SFF Books for the Goth in Your Life