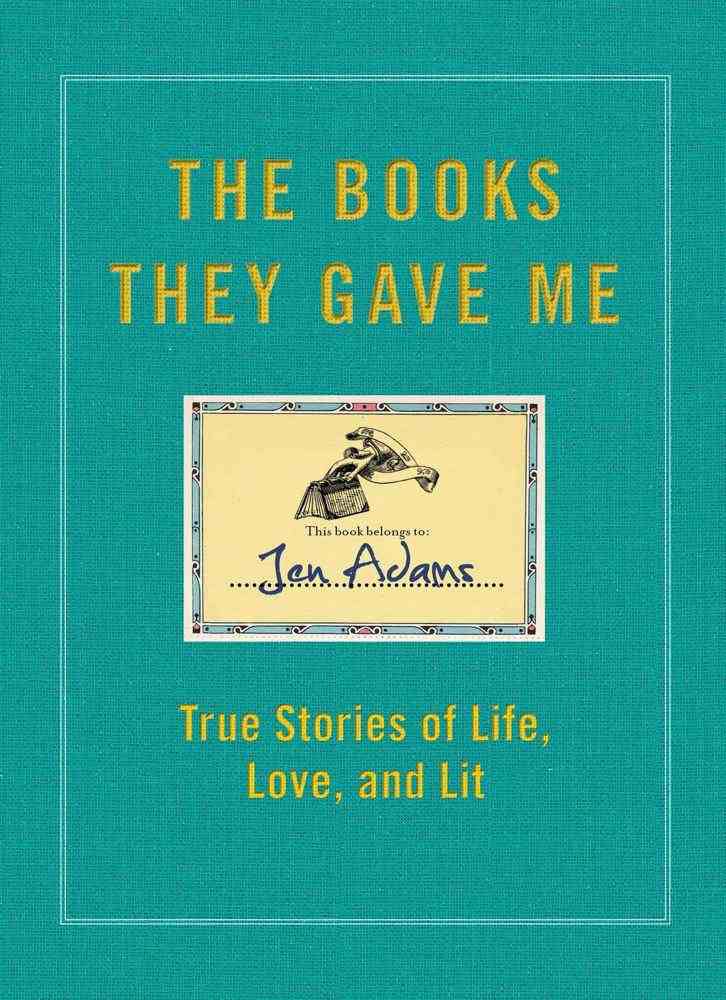 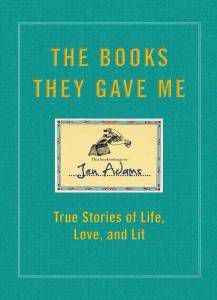 Could this be the ultimate meta-gift? The Books They Gave Me, a paper-and-glue collection culled from Jen Adams’s blog of the same name, hit shelves in time for the holiday present frenzy. Described as “a mixtape of stories behind books given and received,” the project gathers nearly 200 descriptions of memorable biblio-gifts.

For the book, Adams sifted through dozens upon dozens of submissions to her blog, where readers shared their tales of books that carry a special emotional charge. Many of them are books given by lovers—with happy, poignant, or wryly funny results. (Hint: If you’re a thirty-year-old dating a nineteen-year-old, think twice about handing her Lolita.)

But among these short confessions, some of the best are the stories about family gifts. A brother who inscribes Fahrenheit 451 with “Subvert Authority!” A father who gave his dreamy daughter Amphigorey, explaining that he’d like her to have interesting company in her world of her own. You can’t help but mentally chime in with a story from your own shelves, recalling that inevitable gift of Hemingway or Salinger. (The blog’s still accepting contributions . . . Volume II?)

Book Riot lobbed a few questions to Adams to learn more about her blog-to-book breakout.

Q: You’ve noted that the blog sprang from a relationship mismatch. Can you share more of that background?

JA: About a year and a half ago, I was seeing this very intelligent, wonderful guy, and he gave me a book about a band I loved—but one that he hated. To me, this meant he understood something important about the art we love. He wasn’t asking me to defend what I liked, nor was he trying to sell me on something he loved. He was just appreciating me for who I am. When I was shelving the book at home, I realized he wasn’t the first man to give me a book, and that each of those gifts was meaningful in its own way. I wrote down a few of those stories and started the blog. Later that summer, we realized we weren’t quite right for each other, but we’ve remained good friends.

We routinely meet to cry over bad breakups.

Q: How did the book deal come about?

JA: Through tremendous good luck! I had started the blog, seeding it with a few stories, but then I let it sit for a few months, sharing the link only with a few friends. One day I was feeling restless and sent a link to GalleyCat, and it was quickly picked up and reposted by The Millions, and from there to the Huffington Post. Traffic exploded and contributions started pouring in.

Within a week or so, I got an email from an agent. We met and talked about the project and my other work, and I decided to sign with them. They had successfully represented other top-quality blog-to-book projects and also list some authors whose work is comparable to my other writing, so I felt it was an extraordinarily good fit. Over the course of a few weeks, we put together a proposal, and it ended up going to auction, where it was snapped up by Free Press.

The entire project is the result of good timing, good luck, and hard work. I think it takes a kind of insane confidence to get anything published—an utter lack of regard for the consequences of falling on your face. Because, really, what’s the worst thing that can happen? Someone doesn’t like your idea? I can live with that risk more easily than the regret of not trying.

Q: How did you go about selecting and arranging the stories? Did you go into the project with a general blueprint, or did you let the material guide you?

JA: Originally, the idea was just to collect stories of books given by—and to—lovers. But a lot of submissions pushed that boundary out to include family members, teachers, friends. In a perfect world, I’d have kept the lovers to this edition and later compiled a second volume of stories about platonic and filial loves, but this is the way it worked out, and it’s beautiful. The book is about 70/30 lovers/friends.

Within the book, I tried for a “mix-tape” flow between the stories. They are very loosely arranged thematically, with high and low notes.

There was a tremendous amount of material to work with. By the time of my editor’s deadline, I didn’t have a lot of extra material left over, but every story I’d collected by that point was so good I wanted to include them all.

Q: The press notes reveal that you wrote the story about the William Blake hardcover. How did that work out? Do you still have and love the book? Do you still know / love the man who bought it for you?

JA: Ohh . . . yes. I have the book, and I adore Blake and his perverse innocence. The man who gave it to me was incredibly important to me.

He was there for me when I was going through a huge set of transitions, and he guided me through a lot of turmoil. He gave me so much confidence. And this is another example of an ex I’m still close to . . . he’s one of the few people I can tell anything. He knows all my secrets. We’re actually writing partners, working on a zombie novel for kids.

Q: What was the most significant book you gave to someone?

JA: As much as I’d like to say it’s a fat, full-color book about the natural history of Manhattan (Mannahatta, by Eric Sanderson) that I gave to a man I was madly in love with (not too long ago!), I can’t.

The truth is that I have two sons, and the books I’ve given them mean the most. When I was a kid growing up, we didn’t have a lot of money—my dad was in the Army—but he never said “no” when I asked for a book. When I had kids, I resolved to make that my rule, as well.

Even during my darkest, scariest unemployed single mom days after my divorce, I always found the money to buy whatever books they wanted.

They both have wide, sophisticated tastes, and read far above their grade levels. I can’t think of a finer gift than a love of books and reading.