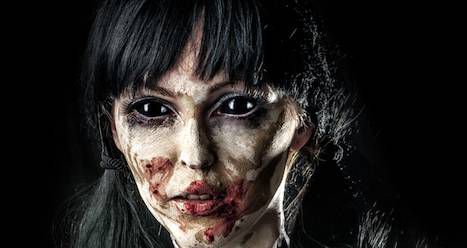 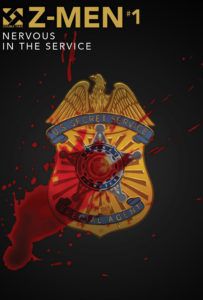 From Zombies to Supers.

On Sunday, April 24, 1966, this small unsuspecting town, nestled in the valley of Breakneck Creek, PA, becomes the epicenter of a seeming apocalypse: the dead are reviving.

In ten stories that start in the universe established by the cult classic Night of the Living Dead, follow Double Take’s new diverse, exciting characters as they find that there are more than just hordes of walking dead rising…but also 51-foot-tall women, mad scientists, and indestructible teens. Each story is unique, but as a collection, stands together with the others to create an ultimately immersive world.  And, if you love the original 1968 film, you won’t be disappointed as we revive our favorite characters from the cult classic. With something for everyone, our books appeal not just to hardcore comic fans, but to readers who are new to comics as well.

Zombies are everywhere these days, and for good reason. Zombies as a genre are ripe for allegory about the human condition–but we also just like to be scared. Here are 5 of the best zombie comics and graphic novels, so you can get your horror on this fall. 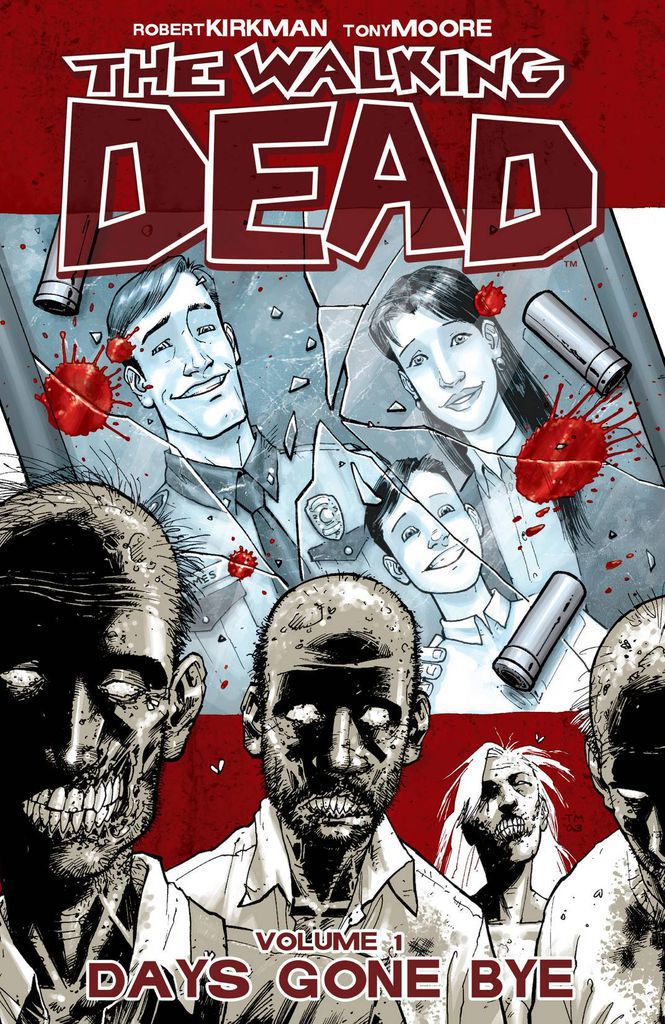 This is the quintessential zombie comic book. Starting in 2003 by writer Robert Kirkman and artist Tony Moore, with art duties later transferring to Charlie Adlard, The Walking Dead tells the story of Rick Grimes during the zombie apocalypse. As fans of the television show know, Rick was a deputy injured on the job and was in a coma when the zombie thing started. He wakes up in the middle of the zombie outbreak and tries to find his wife, help other survivors, and ultimately build a community. The Walking Dead doesn’t shy away from death, and a lot of your favorite characters will die, but it’s also one of the most realistic zombie stories out there. What do people do when the structure of society is gone? Can we care about more than survival? What if the zombies aren’t the bad guys? What if we are? 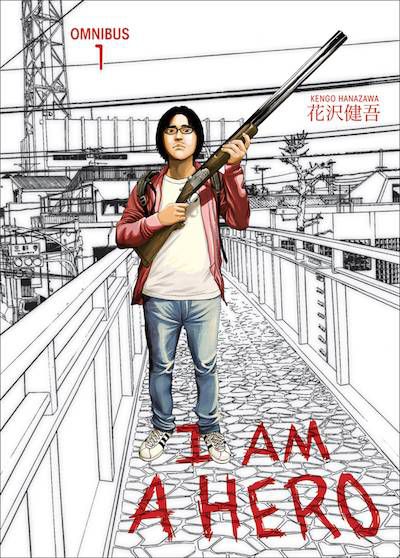 Hideo, the protagonist of I Am a Hero, struggles for quite a while with heroism when the zombie apocalypse hits Japan. Hideo sees himself as more of a side character, not a hero, and accordingly spends a good time at the beginning of the story simply running away. He does, however, own a shotgun–which is quite rare in Japan. And he knows how to use it. 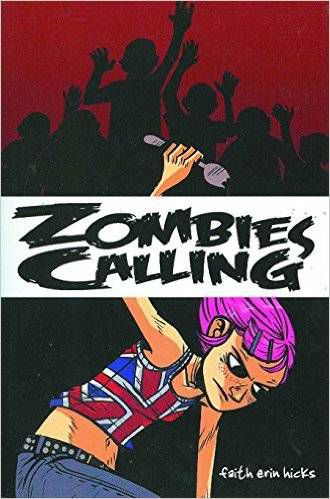 Zombies Calling is what you want to read if you prefer more humor in your zombie stories. Joss is a student at a small-town Canadian university when suddenly she’s overrun by zombies when she leaves her dorm for snacks. (This is why pizza delivery exists.) Thankfully, Joss is well versed in the Rules of Zombie Movies which, it turns out, do help in a real zombie attack. With her roommates Robyn and Sonnet, and her knowledge of zombie movie tropes, can Joss make it out of college alive? 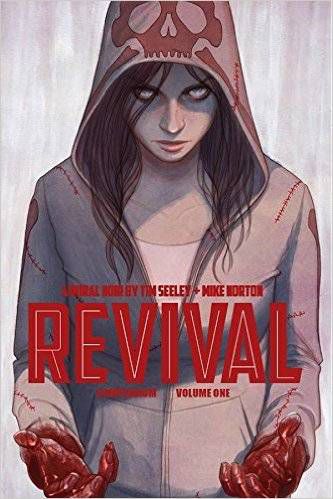 Revival is like if Fargo and The Walking Dead had a baby. In rural Wisconsin, the dead start coming back to life. Now Officer Dana Cypress has to deal with them too, in addition to an awful murder investigation. These aren’t the mindless walkers of other zombie stories, however. These are friends, family, and loved ones come back… mostly as they were. Turns out dying is a lot to deal with. Revival is a fantastic dark, noir crime comic with a female lead. Plus zombies. 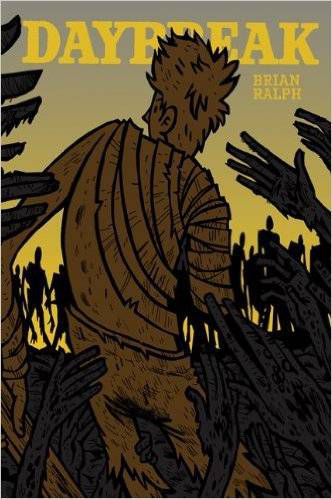 Brian Ralph takes advantage of the visual medium of graphic novels to tell his zombie story in Daybreak. The perspective is all from your point of view, kind of like a video game. You wake up in the rubble with a one-armed man there to lead you to safety. Together you travel, encounter others, and try to survive. You rarely see the zombies up close (if you did, you’d be a goner), but what do you see out in the rubble-strewn world is just as bad. Daybreak is a stunning example of storytelling, one of the best zombie tales out there.