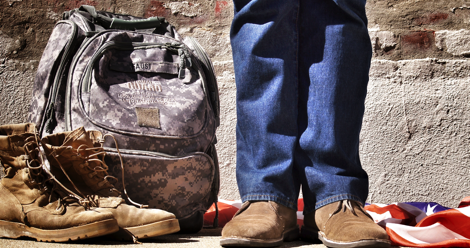 Military history books are a dime a dozen. You can frequent any public library or any bookstore and be one hundred percent certain that you will come upon military history books. Books have been written about every single major combat ever fought. There are also books about small skirmishes and micro-histories of the most obscure engagements. They are informative, historical, and (without sounding insensitive) they are entertaining reads. There are probably hundreds of thousands of amazing books out there that I have not even read, but I am going to tell you about a few of the best military history books that I have read. 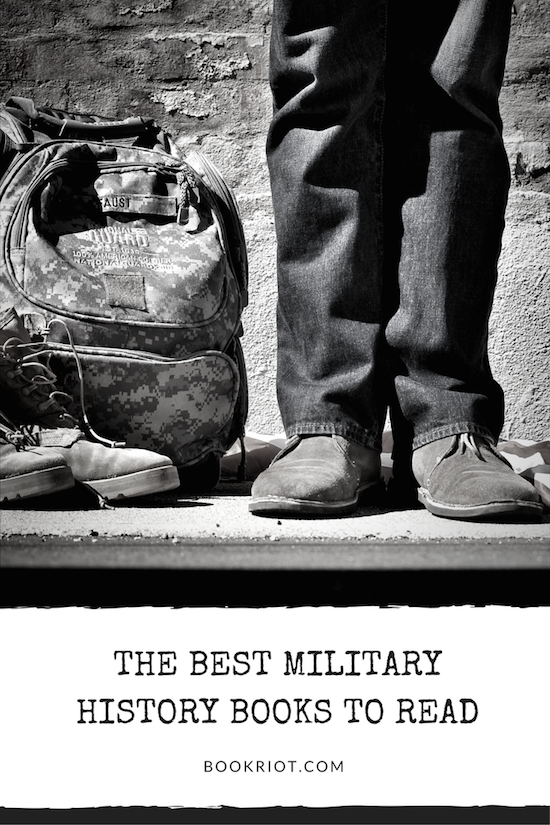 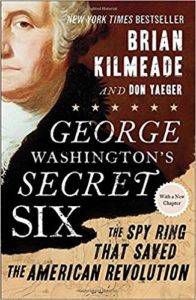 Much has been written about the American Revolution, but only a cursory examination has concentrated on Washington’s secret six, also known as the Culper Ring. Many over-the-top patriotic stories have been told about how George Washington and America’s patriots outmaneuvered and outsmarted the massive and powerful British army. In reality, what Washington did to win the war was outspy the British. To quote the British General Major George Beckwith, “Washington did not really outfight the British, he simply outspied us.” Brian Kilmeade and Don Yaeger, using as much research as they could muster, detail just how Washington and his secret spy ring used their intelligence to always be one step ahead of the British. It is a fascinating read that details a part of history they never taught you in grade school. 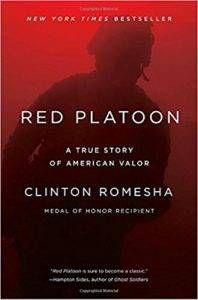 This book is hands down one of the best books I have ever read. The story was powerful, exhilarating, and it hits you right in the feels. It is the only firsthand account of the Battle of Kamdesh, also known as COP Keating, during the war in Afghanistan in 2009. It is written by Clinton Romesha, a Medal of Honor recipient and survivor of the battle. Three hundred Taliban assaulted the American outpost and were relentless in their attack for 14 straight hours. Many died in battle and only a few lived to tell the story. This book is vitally important because it provides the public a glimpse of what many of our soldiers faced in Afghanistan. I highly recommend that everybody pick this book up and read it.

Onward Towards Our Noble Deaths by Shigeru Mizuki 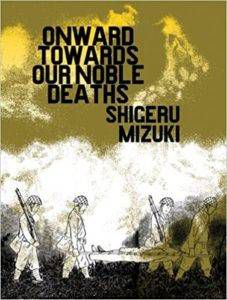 Mizuki is literally one of the greatest, most important cartoonists to ever put pen to paper. But he was also more than that; he was a philosopher, historian, and a visionary. He was also a solider in the Imperial Japanese Army and saw firsthand Japan’s role during World War II. Onward Towards Our Noble Deaths is a historical fiction manga account of Japanese soldiers’ lives during the war. Mizuki does not shy away from discussing comfort women (wartime prostitutes) and just how insane his superiors were. The book is a masterful achievement because it paints a picture for the public that was not well-known. Not all Japanese soldiers saw the war as a necessary war, and were reluctant to march on toward their deaths. Mizuki was critical of the Japanese Army’s role during the war and used every opportunity he could to let the world know how much he and other soldiers disapproved of what was occurring. This is a must-read. 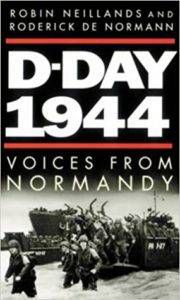 World War II has been written about extensively, so it is hard to pick and choose what to read. D-Day, 1944: Voices from Normandy by Robin Neillands and Rederick De Normann is a good place to start. Many people know about Operation Overlord, commonly known as D-Day, and its vital importance to opening up a second front on the West. But what this book does well is provide firsthand accounts of many of the participants who fought on that fateful day. There were five beachheads that were stormed: Juno, Sword, Gold, Utah and Omaha. Two beachheads belonged to the Americans, two belonged to the British, and one belonged to the Canadians. All beachheads were eventually secured, but many lives were lost and the fighting was intense. Soldiers who stormed the beaches and those who parachuted in the night before tell their stories and what they experienced to ensure the beachheads were secured and that humanity prevailed. This is an intense read that deserves more recognition. 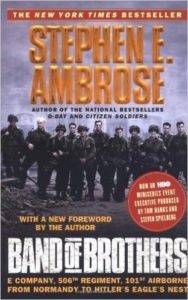 This book is one of the best military history books. Historian Stephen Ambrose provides detailed accounts of Easy Company experiences during World War II. Their experiences were extraordinary and are the subject of the HBO miniseries Band of Brothers. The book introduces readers to the company’s training in 1942 and leads up to the liberation of Hitler’s “Eagle’s Nest” in 1945. This book is a massive achievement that was written by one of the eminent historians of our time. I suggest you pick it up and read it over the summer.

What do you think are the best military history books? Check out even more books about military service here.