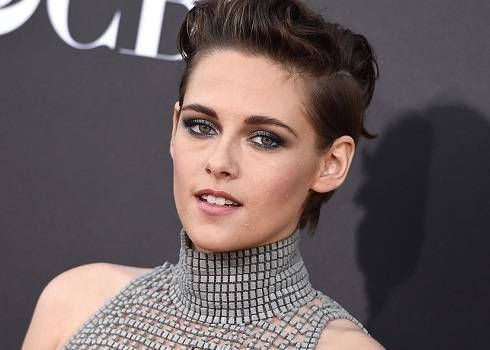 A few months ago, the website ScreenRant ran a piece announcing that Kristen Stewart is Interested in Joining the Marvel Cinematic Universe. If you read the article, her show of interest turns out to be more in the vein of “actress doesn’t rule out possibly taking a lucrative, high-profile role at some point in her life.” Real casting news quickly drove this tidbit out the headlines, but not before we at Panels got thinking about how amazing K-Stew could be in a superhero movie.

A few suggestions, for your consideration:

We at Panels agree with most of the known universe that Guardians of the Galaxy was an awesome movie. However, the core team was a bit light on ladies. Phyla-Vell, a memorable badass in Marvel’s Annihilation event, as well as the Abnett and Lanning GotG comics series, would be a great addition to the movieverse team. Phyla is a formidable cosmic warrior, and she’s in love with Drax the Destroyer’s daughter, Moondragon.

No question, large segments of K-Stew’s fanbase would love to see her play a queer superhero — and, God knows, the Marvel Universe could do with some non-straight representation. Beyond that, though, Stewart’s take-no-crap attitude and her commitment to striking and often unconventional fashion would be a great match for the character.

Speaking of unique looks, Melissa Gold aka Songbird — particularly the Declan Shalvey redesign from a few years back — is a character who just screams “K-Stew”.

When I questioned whether the petite Stewart was a physical match for a character who formerly wrestled professional as Screaming Mimi, our illustrious editor and wrestling junkie pointed me to Alexa Bliss, a female pro who is listed at 5’1 and 102 pounds. Arguably, Melissa’s wrestling background isn’t that essential, but come on, we want to see some crazy ring scenes for Kristen/Songbird’s origin, right?

Songbird is an ex-con, constantly on the road to redemption, mostly a member of the villain-turned-hero team the Thunderbolts. That setup is rife with opportunities for Kristen to wear too much eyeliner and put on a stony face when you’d expect her to emote, which is exactly what all right-thinking K-Stew fans want to see. Introduce her with a small part in an Avengers movie, then launch a T-bolts franchise. Perfection.

Marvel Studios owns the Punisher franchise again, but the last few attempts to sell Frank Castle as a hypermasculine hero have fallen flat. Why not turn the concept on its head, and hand the Punisher legacy over to a woman? The cultural iconography of women with guns, and of women taking revenge into their own hands, has always resonated differently than it has for men, and this would be a chance to explore those possibilities in a Marvel Universe setting.

Writer Greg Rucka already set up the concept in Volume 8, when he introduced military veteran Rachel Cole-Alves as a protege for Castle. That run felt like it was cut short, and there are a lot of unexplored avenues for this story to follow. (Bonus idea: Make up for the lack of respect and support given to Punisher: War Zone director Lexi Alexander by hiring women behind the camera. I bet Kathryn Bigelow would love to make a Marvel movie.)

Rule 63, if you haven’t encountered it, is the idea that you can find (or create) a female version of any male character. This mostly comes up in cosplay or fanart, but it could be useful in casting, too. With all respect to Jeremy Renner, an actor I like a lot, the first Avengers movie would have been at least 10 percent better or more interesting to me if Hawkeye had been female. Keep the character’s emotionally ambiguous (“Love is for children. I owe him a debt”) camaraderie with Black Widow, but make the field agent who rescued her another woman. This would have addressed the gender imbalance in the cast, and also the problem of movie Hawkeye’s personality bearing no resemblance to the Clint Barton of the comics.

It’s too late to rewind that decision, but given the speculation that some characters will die and others be recast in order to keep the MCU moving, K-Stew could be the next Hawkeye. There is a female Hawkeye in the comics, but I am not necessarily saying Stewart’s Hawkeye should be Kate Bishop. Kate has a specific glamorous rich-girl-on-her-own thing going, and she ought to be leading the Young Avengers, while Stewart is outgrowing teen roles.

Kristen could be Kate, but you could also give her a bow and arrow, a leather jacket, and a completely different civilian identity. Heck, given the difference in the actors’ ages, she could be Renner!Hawkeye’s long lost daughter, who shows up just in time to fail-to-prevent her father’s death. If Marvel won’t give us a solo Black Widow movie, give us a ScarJo/KStew movie of road trips, shared grief, and hitting things.

I have to cheat a little, because the X-Men aren’t actually part of the “Marvel Cinematic Universe.” But I have to cheat a little, because Stewart’s slightly androgynous I-don’t-care-if-you-like-it fashion signature is a much better fit with the X-Men than the Avengers. It’s hard to think of a white female X-character introduced in the 1970s or 80s that Stewart couldn’t play (visually, at least; I wouldn’t wish some of those accents on Meryl Streep). There’s Rogue with her hair stripe and leg warmers, Rachel Summers-Grey, with her back-from-the-future PTSD, Rahne Sinclair with her everything . . .

Ultimately (get it?), I’m going with the punk rock version of Dazzler for a simple reason: Kristen Stewart played Joan Jett in Runaways. And if you can play Joan Jett, you can play any damn punk rock superhero you want.

So, what do you think? Tell me all your super-KStew ideas in the comments.