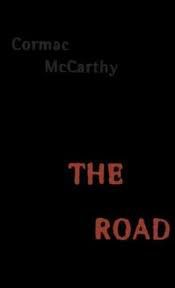 A few weeks ago director Guillermo del Toro floated the idea of Kickstarting Hellboy 3, the would-be third installment of his film adaptations of Mike Mignola’s Hellboy comic. The first two films were loved by fans, but not great box-office successes. I’m a fan of the movies and could easily see myself ponying up cash upfront to help get the movie made (what about like 100 bucks for a theater ticket and a Blu-Ray?).

This got me thinking about what literary sequels I’d pay for ahead of time–and at a premium. Here are five I would back in a heartbeat. I’ve stuck to living writers to keep the fantasy at least somewhat attainable and have provided a title and possible synopsis of what the sequel might be about, just for fun.

This sequel would center on the younger Jack Boughton and his family, both before and after he returns to Iowa for the death of his father. I’d love a book about his marriage to Delia and their son. If Robinson could work in something about what happens to the family of Reverend Ames, all the better.

2. City of the Future (sequel to The Intuitionist by Colson Whitehead): $150

You know those novels that end with a sort of quasi-messianic ending, but don’t tell you exactly how the revolution/revelation goes down? Yea, The Intuitionist does that. What happens after Lila Mae Watson discovers “the perfect elevator”? What does the whispered “city of the future” look like? (I bet it has sequels to all of my favorite novels.)

Simple: Scout Finch tells her story as she approaches the end of her life. This would also makes about 9823904752345 dollars.

This could be a 900-page backstory on house elves, and I would still fork over unreasonable sums for it. And that dollar figure I quote for Head Held High just now? Harry Potter 8 would cast a “Quantuplify!” charm on it.

If you’ve read The Road, you know how it ends and you want to know what happens to the kid as much as I do.

This started as a fun little exercise, but now I am depressed that these books don’t exist. What’s one your wished-for sequel list?