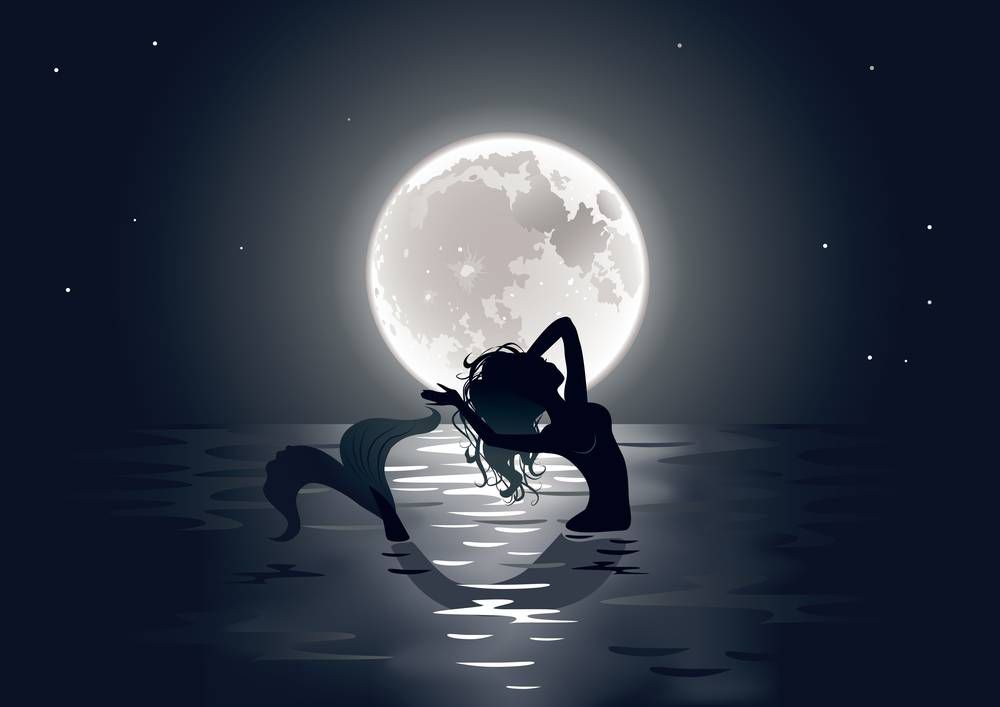 Frankly, it’s surprising there aren’t more lesbian mermaid comics out there. They’re just begging to be made. For one, mermaids are visually stunning. There are so many ways to draw them and ink those shimmering tails into something truly captivating. They’re definitely a concept that excels in a visual medium.

And then there’s the fact that mermaids are almost always imagined as women, living in predominately female groups. So why not have them fall in love with each other? Luckily, although this subgenre doesn’t flourish as much as I would like, they do exist! Here are 5 lesbian comics worth reading (plus a couple lesbian selkie comics, because why not.) 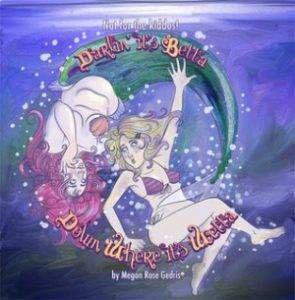 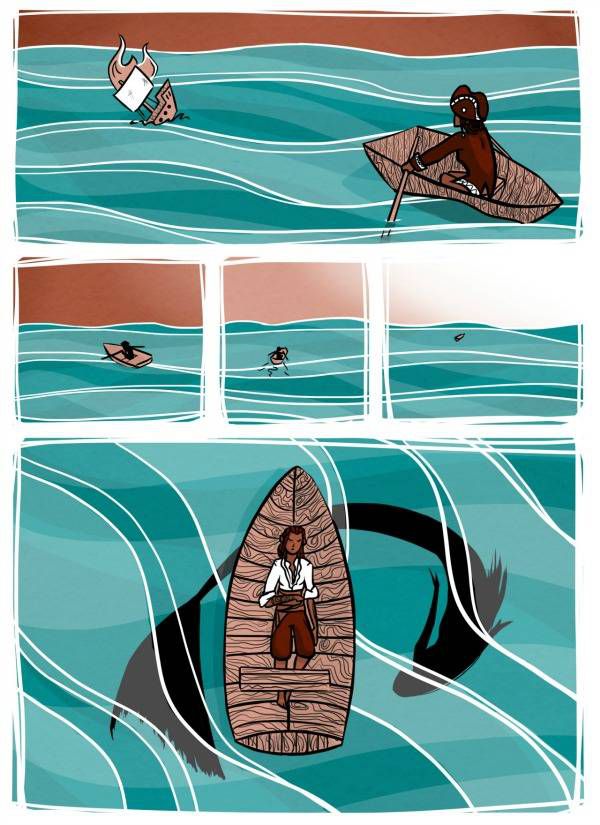 2) This short, wordless comic about a mermaid and tattoos

This comic doesn’t need text to explain the relationship that develops between a curious mermaid and a tattooed sailor woman. I love stories that explore the language barrier between what would be different species, and the connections that can form despite that. I also really like the colour palette in this. Everything is sleek and simple. 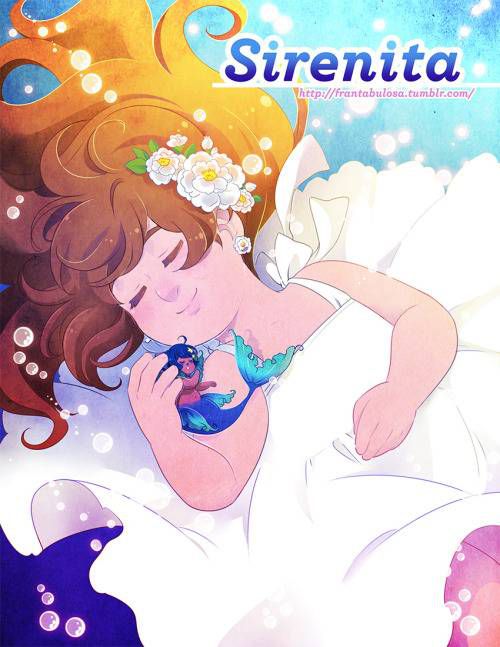 This is another short webcomic, this time following a young girl who finds a tiny mermaid washed up on the beach. She nurses her back to health and they grow up together. This is absolutely adorable. Look at their little round cheeks! Look at the tiny mermaid in a fish bowl and then a bathtub! I don’t think it could get much cuter than this. 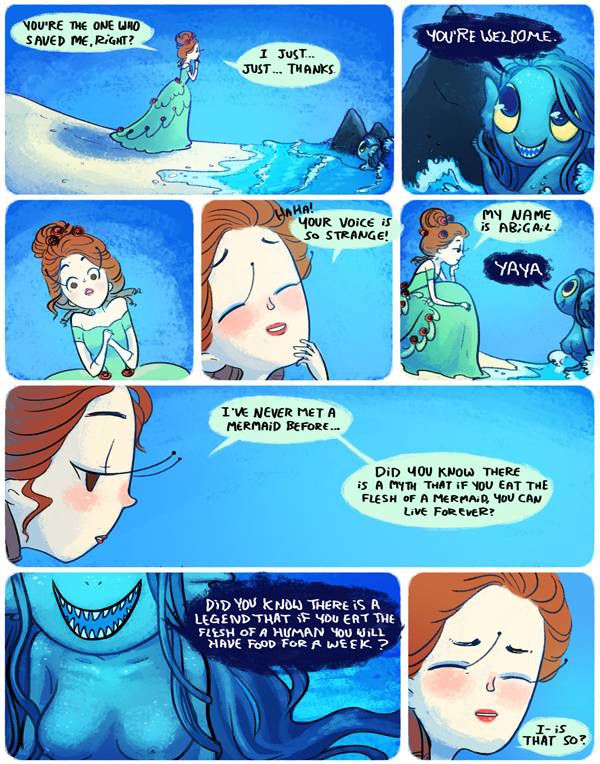 4) How To Be a Mermaid by Maya Kearn

In stark contrast to the sweetness that is Sirenita, How To Be a Mermaid is dark and unsettling. It follows a princess who tries to escape from court politics by stealing into the ocean and learning how to be a mermaid. The mermaid in this comic can seem creepy-cute or unearthly, depending on the panel, and that mouth of razor sharp teeth doesn’t promise a happily ever after. 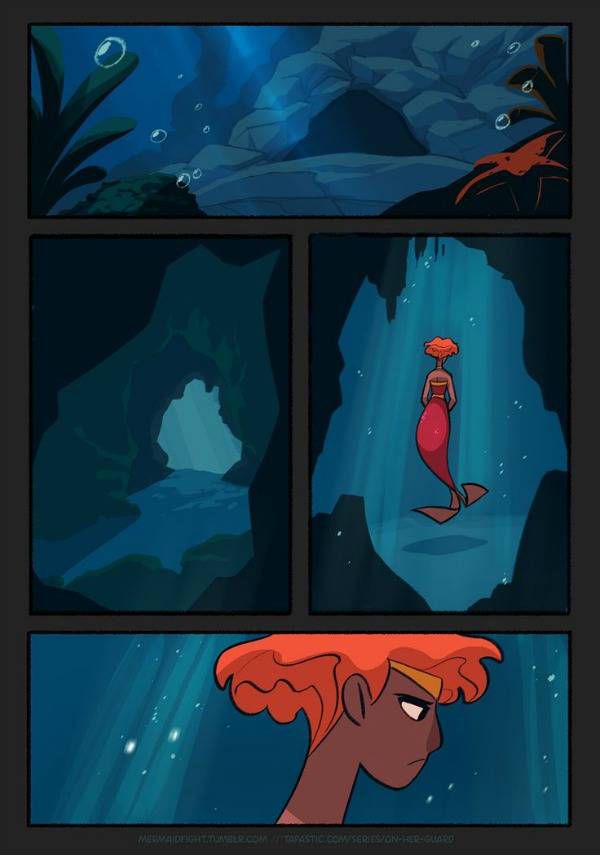 This one is almost painfully short, though it does manage to portray a complex relationship in a few pages. I would love to see this as a full trade comic, but luckily the artist also has lots more mermaid art on her tumblr, including more lesbian mermaids.

And sadly, those were about all the lesbian mermaid comics I could find! But I couldn’t resist adding in a few lesbian selkie comics. 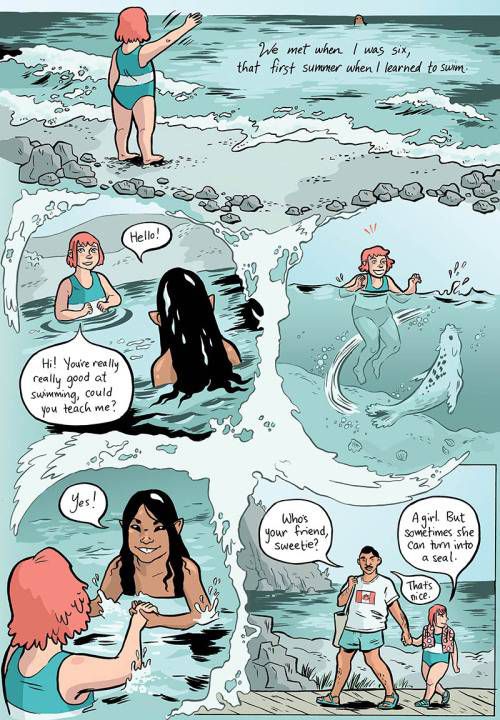 This three page comic by Molly Ostertag is the lesbian selkie love story I never knew I needed. 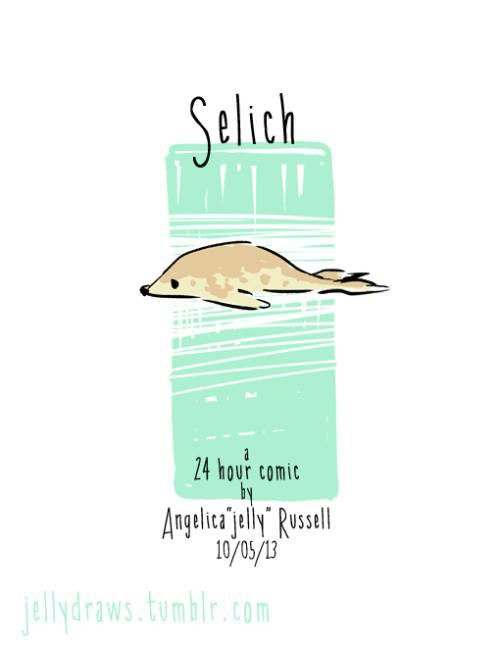 Selich: A 24 Hour Comic by Angelica “Jelly” Russell is another adorable love story, with a silent, mischievous selkie and the woman who nurses her back to health.

If you have any lesbian mermaid/selkie comics that you love, please let me know about them! As much as I love these, I need more!